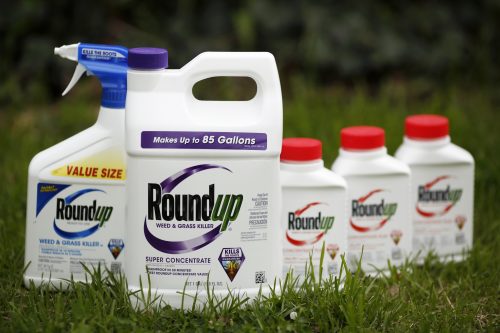 (From Press Release) – The Woodland Coalition for Green Schools commends the Woodland Joint Unified School in finally taking its first steps towards a comprehensive reform of its pest management system and for suspending Roundup use on school campuses.

Although WJUSD’s subcontracted pest control company did report insecticide sprayings to the state, district groundskeepers apply herbicides themselves.  In March 2018, parents discovered that the district had repeatedly failed to report those herbicide sprayings to the Yolo County Agricultural Commissioners’ office.  It also failed to keep proper public records about rodenticides or fungicides, even though mice and mold are regular and were known problems in almost all the schools.

One of those herbicides was glyphosate (Roundup) once marketed as safe for agriculture and lawns.  However, based on new independent scientific studies, in 2015 the International Agency for Research on Cancer reclassified glyphosate as a class 2A (“probable carcinogen”).  Two years later, Cal EPA placed it on the Prop 65 list of substances known to cause cancer and birth defects.

Coalition founder, Dr. Liza Grandia reported these discoveries in a public comment March 18 at the bi-monthly trustee board meeting. Incumbent trustees made no response.  In the audience was parent and coalition co-founder Shengchi Huang who has regularly board meetings over the past two years and raised other concerns about student safety.  Concerned that trustees and district officers are alienating its most active parents, he decided that evening that he would run for the Area 7 seat.

Then in August 2018, a California jury determined that new health evidence linking glyphosate to cancer was sufficient to fine Monsanto $289 million in penalties and compensation to Dewayne Lee Johnson, a groundskeeper for the Benecia school district (down the road from Woodland) who is dying of a rare form of non-Hodgkin’s lymphoma after spending his career spraying Roundup. The jury ruled that Monsanto had willfully hidden evidence from regulators about the hazards of its signature herbicide. Monsanto is facing almost nine thousand other Roundup lawsuits from cancer victims.

Last Thursday evening, October 4th, Woodland parents arrived home to find a cryptic letter from the Woodland Joint Unified School District about changes to the pest management plan.  Texts and queries flooded into  the parent volunteers behind the Woodland Coalition for Green Schools.  Although the district letter was not clear on this point, WJUSD Director of Maintenance, Operations & Facilities Nick Baral confirmed yesterday via email that the district has indeed discontinued the use of Roundup on school grounds.  In the meanwhile, Allied Weed Control may still use it on a parcel of solar panels installed at an off-campus site many years ago, but they are looking for alternatives.

While coalition members are worried to see on the list of approved products insecticides like bifenthrin that have been removed from the market in the European Union due to concerns about cancer, parents feel heartened that the district has begun to listen to their concerns.

Says coalition co-founder Deborah Bautista Zavala and trustee candidate for Area 1 in the November elections, more reforms are needed.  “Teachers should have a right to be notified and all parents should get an automatic call before pesticides are sprayed…You shouldn’t have to dig up a form buried in a hundred page policy packet and mail it in every year to the College street office to get on the call list. If the district has thoroughly investigated the pesticides and determined they are safe, then that information should be open and communicated to everyone.”

Dr. Grandia, a survivor herself of non-Hodgkin’s lymphoma notes, “Glyphosate was registered in 1974, the year after I was born.  It can take decades for enough bodies to pile up to convince regulatory agencies to restrict or ban a pesticide.  In the meanwhile, if there is a shadow of a doubt about the safety of a pesticide, it simply should not be used in schools.”

She added, “we need trustees and district officers willing to listen and work with concerned parents on precautionary solutions,” she adds.  “We should not have to file public records requests and make complaints to the State for changes to happen.  The current trustees turn their back on us, but the coalition will keep working until we know that children of Woodland are no longer being exposed to cancer-causing or brain-damaging chemicals in schools.”