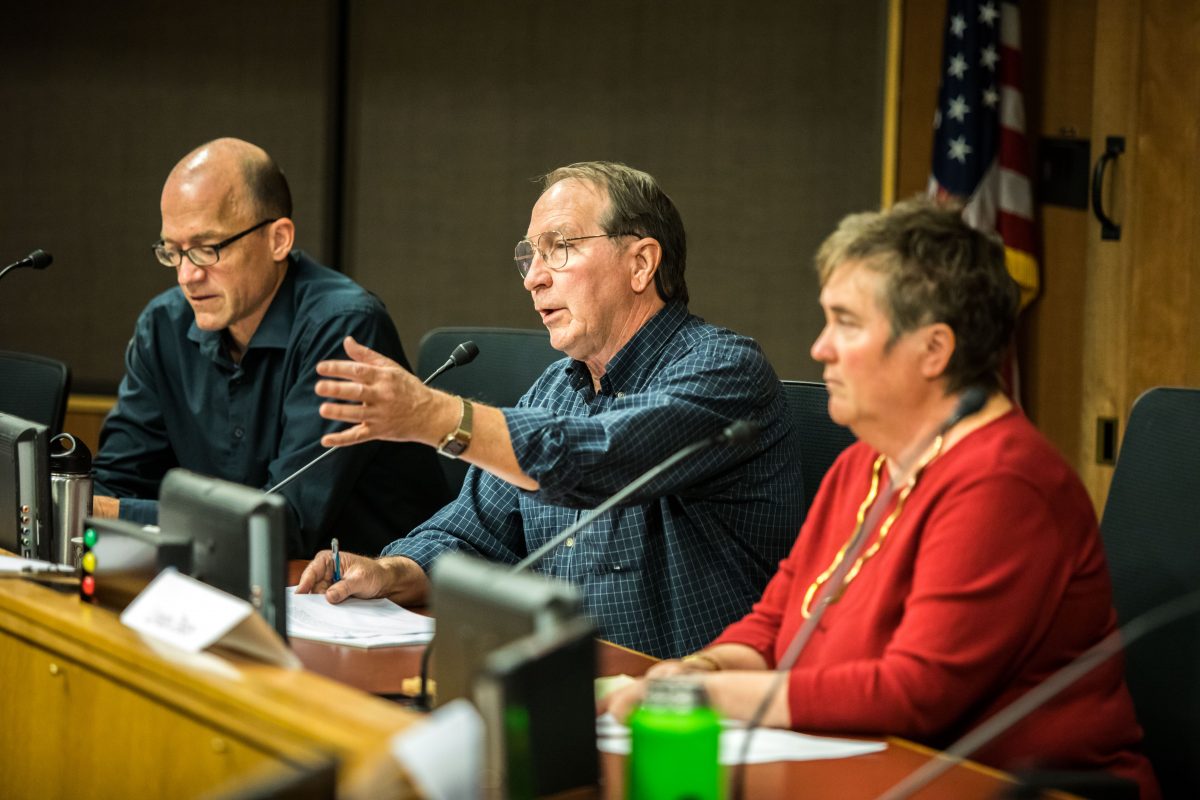 City Has Now Forwarded Complaints on Both Sides

On Tuesday, the council held a closed session meeting to discuss complaints, this time by the No on Measure L side, that the developers for WDAAC (West Davis Active Adult Community) had violated campaign finance laws in their campaign to get Measure L approved last November.

Mayor Brett Lee announced at the beginning of the meeting, “The city council has unanimously directed the city attorney to forward the complaints made related to the Yes on Measure L campaign to the Yolo County District Attorney and the Fair Political Practices Commission.”

This is the second time in a month similar action was taken by the council.  In early February, the council forwarded a complaint by the developers relating to the funding of litigation that alleged the Davis-Based Buyers Program violated federal fair housing law.

Mr. Pryor complained, “Those boys sure know how to write a letter when confronted with this full frontal assault on our fledgling, fragile democracy in Davis. However, in my humble opinion, I have been unfairly and slanderously maligned and libeled and subjected to further expense to defend myself by these unwarranted and unsubstantiated allegations.”

He said these allegations are “flat out false.”  And said, “This is because according to the FPPC’s own campaign finance and disclosure guidelines, it would actually be illegal if the No on Measure

Mr. Pryor in his letter details a number of what he believes to be campaign violations by the Yes on Measure L campaign.

Mr. Pryor argues: “On the surface, these legal fee expenditures do not appear to meet any of the allowable FPPC criteria for use of attorney’s fees.”

He adds several other allegations:

1) The Davis Vanguard ran daily ads for West Davis Active Adult Community from the inception of the campaign until voting day and for a substantial period beforehand. The payment for these ads is not disclosed on any financial statements filed by the Yes on Measure L campaign which appears to be a violation of FPPC regulations and may represent collusion with the Davis Vanguard to hide these campaign expenses.

2) A disclosed financial filing expenditure of $3,000 was made to ‘Froggy’s’ for food service for a Vanguard fundraising event. This is probably not an allowable campaign expense for ‘Meals’ by the Yes on Measure L campaign under FPPC guidelines.

3) Over $64,000 of non-monetary contributions to the Yes on Measure L campaign for ‘salaries’ by a corporation controlled by Taormino, ‘Davd-Mar Inc’ have been disclosed in campaign filings but the recipients of these salaries have been kept secret. Further, it is not known if these payments were for personal gain, which is strictly prohibited by FPPC regulations, or may be otherwise be disallowed under FPPC guidelines as a legitimate campaign expense.

Furthermore, he alleges that “it appears that the vast bulk of campaign funds contributed to the Yes on Measure L campaign were ‘laundered’ in that the funds were donated by a non-legal entity, the ‘West Davis Active Adult Community,’ and the original source of those campaign funds was not disclosed as otherwise explicitly required by the FPPC.”

These allegations come on the heels of allegations by Stephen Boutin from January 18 noting that “if No on Measure L funds were used in relation to the Ignacio Complaint, those expenditures would likely violate the PRA. At the very least, litigation-related expenditures would need to have been disclosed by the Campaign.”

David Taormino had previously told the Vanguard that accounting to Mr. Boutin, Mark Merin was paid $20,000 to represent Samuel Ignacio.

Mr. Taormino told the Vanguard he wants to know how Mr. Ignacio, who does not live in Davis, even became aware of the project.  Mr. Boutin maintained that Mr. Ignacio lacked sufficient standing to sue and research showed it was unlikely he had the means to fund the $20,000 needed to initiate the lawsuit.

Mr. Boutin wrote: “What you do not yet know is that over the course of the Lawsuit, we acquired information that strongly suggests persons connected with the No on L campaign (‘Campaign) expended $20,000 to initiate the Lawsuit likely for the purpose of influencing the election and defeating Measure L. Although those persons were ultimately unsuccessful, Dave and I harbor serious concerns about the credibility of the local election process moving forward.”

With both sides having filed complaints, the FPPC and DA can sort out what – if anything – they will intend to do.