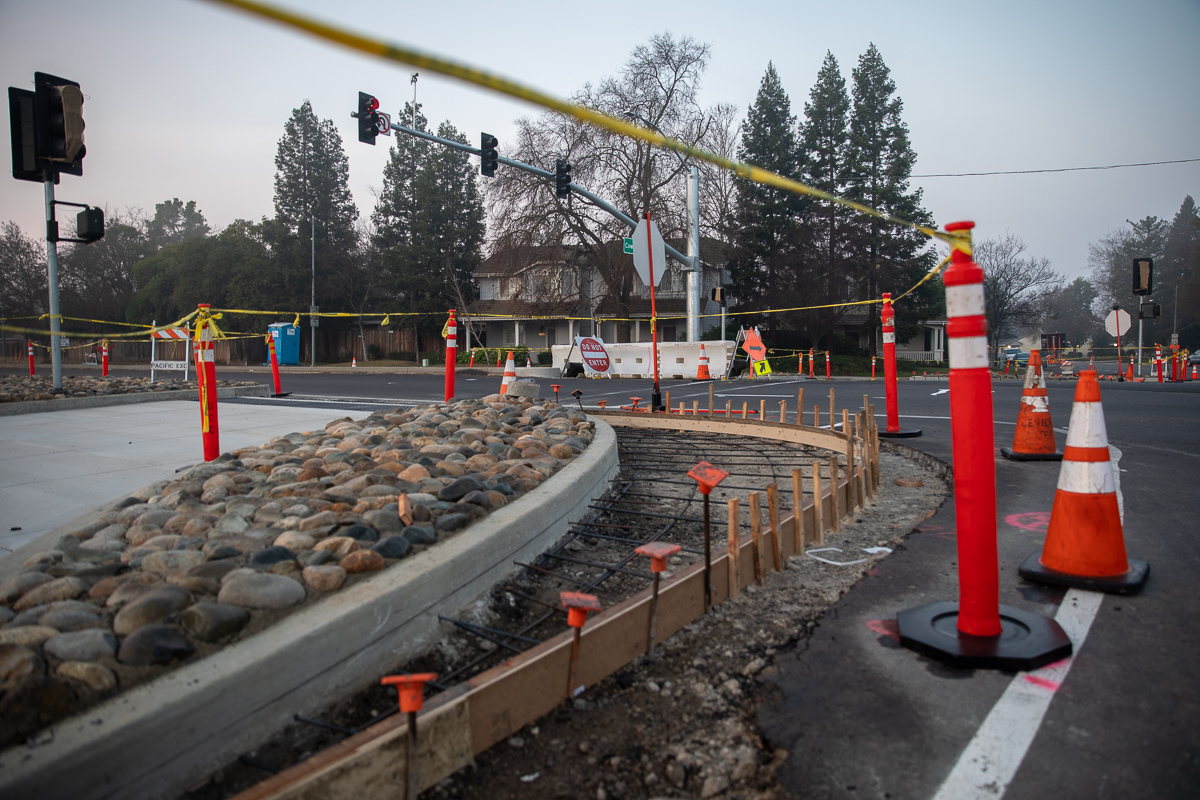 So far 316 (as of press time) have signed a petition to ask the city of Davis to restore Mace Boulevard to two lanes in both directions.  (The petition on Change.org is located here.)

According to Brandon Hurley who has sponsored the Change.org petition, “The ‘Traffic Calming’ project on Mace Boulevard was unnecessary, was not properly presented to the residents of South Davis (especially the current residents), was obsolete and ill-conceived when the plan was completed in 2013, and since its installation has created massive congestion, dangerous traffic issues, more safety issues for the bicyclists and pedestrians it was purported to protect, rampant road rage, and in short has seriously disrupted the lives of all Davis residents and especially South Davis residents, as demonstrated by our daily experiences.

“Despite city planners’ insistence to the contrary, the changes to Mace have resulted in a situation where emergency vehicles will be unable to access neighborhoods and evacuations will be impossible to carry out,” the petition continues.

Hurley notes: “In some neighborhoods, the ‘improvements’ have created issues for ADA access to vehicles, another safety concern.”

He adds: “We are aware that there are other factors affecting the congestion, such as greatly increased commute traffic by people who are working in the Bay Area and Santa Rosa and now living in Sacramento.  WAZE is also a factor, but these factors cannot be used to excuse the City of Davis from fixing the Mace problem, which is under the City’s control and which has become critical.

“While we understand that it may be difficult for the City government to acknowledge errors in planning and implementing this ‘traffic calming’ measure, it is vital that the errors be remedied effectively and immediately, regardless of additional costs, for the well-being and safety of all Davis residents,” he writes. “South Davis residents cannot be expected to let their children’s

safety be compromised and their neighborhoods be ruined to save the City face and money.

“We require that Mace Boulevard be immediately restored to two lanes of traffic in both directions, with the creation of safe marked bike lanes adjacent to traffic lanes, and that right turn lanes be restored.  Residents of South Davis must be included in deciding how this is to be accomplished. We want to have input into the plans and we want to see and concur with any and all plans prior to their build-out,” the petition continues.

It concludes: “We further request that planning this redesign should not be used as an excuse to delay the prompt return to two traffic lanes both ways. Further, residents of South Davis will not accept cosmetic changes and signage as a substitute for restoration of two traffic lanes. We recognize that this restoration will take effort and commitment from our elected city officials and we thank you in advance for making Mace Boulevard again safe and efficient for all of us.”

The petition follows several months of complaints and several community meetings over the past few months.

On Thursday, Mayor Brett Lee explained to residents that “this is an urgent matter” and he promised, “We are going to transition rapidly into finding solutions because this is not acceptable and we need to find a way to fix it.”

Mayor Lee told the residents, “I understand there is a healthy level of skepticism out there given the project and given the current conditions and that’s totally understandable, but we’re committed to improve this and to fix this.”

He added, “Our goal is to have it be better than the way it was. … We honestly believe that we can do that.”

Both Mayor Lee and Councilmember Lucas Frerichs promised on Thursday to make adjustments and changes in the next couple of weeks and months.  What those changes would entail remain a bit murky.

According to reports, there were at least 100 people in attendance of the meeting on Thursday night.  The problems that were listed, residents claim, happened almost immediately when the project – which began in 2013 as a $3 million infrastructure project as part of a SACOG (Sacramento Area Council of Governments) grant to pay for resurfacing Mace – finally got underway last fall.

The project has several different components – eliminating the right turn pockets at Mace and Cowell, creating bike lanes that are protected along Mace, and reducing Mace from four traffic lanes down to two lanes for cars.

Part of the hope was to make bike and pedestrian travel to Pioneer Elementary safer for school children to walk and bike to school – with concerns at the time being the lack of protected bicycle lanes along Mace, in addition to high rates of vehicle speed.

Now residents are concerned with traffic being at a standstill, blocking access to emergency vehicles like fire and ambulance, long delays to get from El Macero to the freeway – and, ironically enough, more concerns about collisions and allowing children to bike and walk to school.

Residents have been consistently complaining about the reduced quality of life for the residents of South Davis.

The city plans to have having another meeting on April 11 at 6 pm.  That will be held at the South Davis Fire Station.  There would be a second meeting scheduled for May 15 – the hope is that at that time city staff would be able to outline a solution.

However, Brett Lee said that while he is hoping improvements would begin prior to the May 15 meeting, “some solutions will take a little bit longer.”