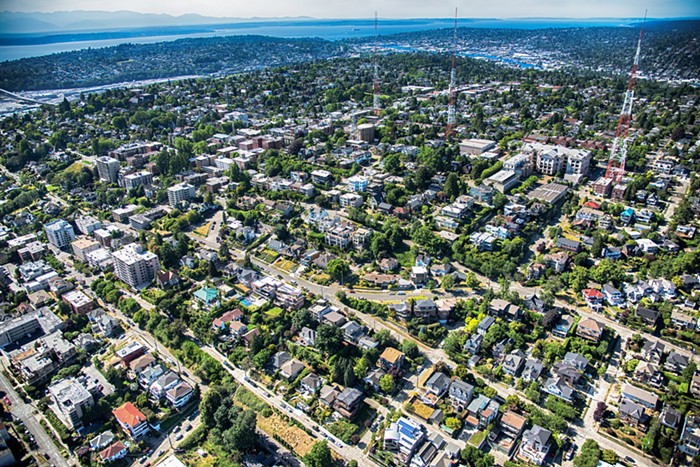 A reader pointed us back to a 2018 commentary from the New York Times, “How ‘Not in My Backyard’ Became ‘Not in My Neighborhood’,” in which Emily Badger notes, “The expectation that homeowners should be able to reach beyond their property lines has become deeply embedded.”

Beyond the housing shortage, one of the most interesting policy issues emerging now is the notion of restrictive zoning.  Part of this is a byproduct of racism – which I think is still a largely untold story in all of this.  The other issue that this gets into is local control – and how much should a local community, a local neighborhood, and a local property owner be able to restrict, in effect, who moves into a given area.

In a way, this piece, published January 3, 2018, was ahead of the curve.  This is a core issue in Senator Scott Wiener’s legislation as well as a series of articles across the country we have discussed in recent months.

Ms. Badger points out land use debates in Seattle, Los Angeles, San Jose, and Phoenix and argues there is a common theme: “[E]ach of these places share a common conviction: that owning a parcel of land gives them a right to shape the world beyond its boundaries.”

There are two sides to this of course.  One is to prevent the type of development that can harm someone else.  Whether you agree or disagree on the issue of Trackside, that was at the heart of that controversy.

On the other hand, Ms. Badger argues that “increasingly it also means the senior affordable housing, the high-rises and the tiny homes — also arguably vital to the larger community — are never built.”

Vicki Been, the faculty director of New York University’s Furman Center and a former commissioner of Housing Preservation and Development in New York City, points out that on the upside here, “The idea was

for people to be invested in the quality of nearby schools, the safety of neighborhood parks and the outcomes of local elections.”

The triumph of this ideal should be celebrated on the one hand, but there is a danger as well.

“Communities always need to be changing,” she said, “and we can’t have a process that gives every individual sort of a veto over change.”

“As people are increasingly living in urban areas really close to each other, it starts to be the case that so much of the value of your property is bound up in things that are happening outside of your parcel,” said Lee Fennell, a law professor at the University of Chicago.

Here the story becomes about race.  Ms. Badger writes, “As urbanization brought blacks and whites closer together, white communities reacted with racially restrictive covenants, aiming to keep blacks and their perceived threat to property values out of white neighborhoods.”

While restrictive covenants were ruled unenforceable in the 1940s, they have had a long-lasting impact on communities.

“One of them was to make white people think that the value of their homes depended on living in a segregated community,” said Carol Rose, a law professor at Yale. “That outlived racially restrictive covenants.”

The issue of zoning itself becomes interesting.  In Davis and California, we take it for granted.  But in many places, it doesn’t exist, and probably to the detriment of neighborhoods and communities.

Ms. Badger notes, “Zoning, rather than punishing people for proven harms that came from their property, told people what they could do on their property in the first place. And it prohibited many things — like buildings of a certain height — that had never been considered nuisances before.”

She adds: “Zoning effectively invited homeowners to look beyond their properties in ways they hadn’t. And it helped create the expectation that communities would change little over time — or that homeowners would have a say if they did.”

This is a key point as well.

“Prior to zoning, you didn’t ask yourself if you were buying a piece of property, ‘What’s the use of the land next to me, or down the block, or half a mile away?’ ” said William Fischel, an economist at Dartmouth. “Zoning becomes an opportunity for you to think outside the box of the lot lines of your own property. And people definitely start doing it.”

Vicki Been points out that, beginning in the 1990s, “neighbors increasingly defended not just individual buildings against change, but also a broader sense of neighborhood ‘character,’ with fights couched in the language of rights.

“It’s moved from just being ‘I should have a right to confront something that hurts my house’ to ‘I have an interest in this neighborhood as a whole,’ ” Ms. Been said.

Emily Badger points out, “These forces amount to a powerful brew: Our homes have become our wealth. Racial fears linger even if they’ve become encoded in other language. Change invariably looks like a threat.”

As she concludes, “it has become so hard to untangle the benefits of community ‘ownership’ from the rising harms. We want people to be invested in their neighborhoods, but not to the exclusion of anyone else who might live there, too. We want to empower neighbors to fight a trash dump, but not to halt every housing project the region needs.”

That becomes the line of debate – where to draw the line between a legitimate objection to a nuisance and where it becomes a total resistance to any change, to the point where these laws are in effect used to exclude others.

So we end up with restrictive zoning that keeps certain people out and prevents certain types of development.  A key question may become in this debate not whether we draw the line, but where we draw it.

40 thoughts on “Sunday Commentary: The Expansion of NIMBYISM into Zoning”