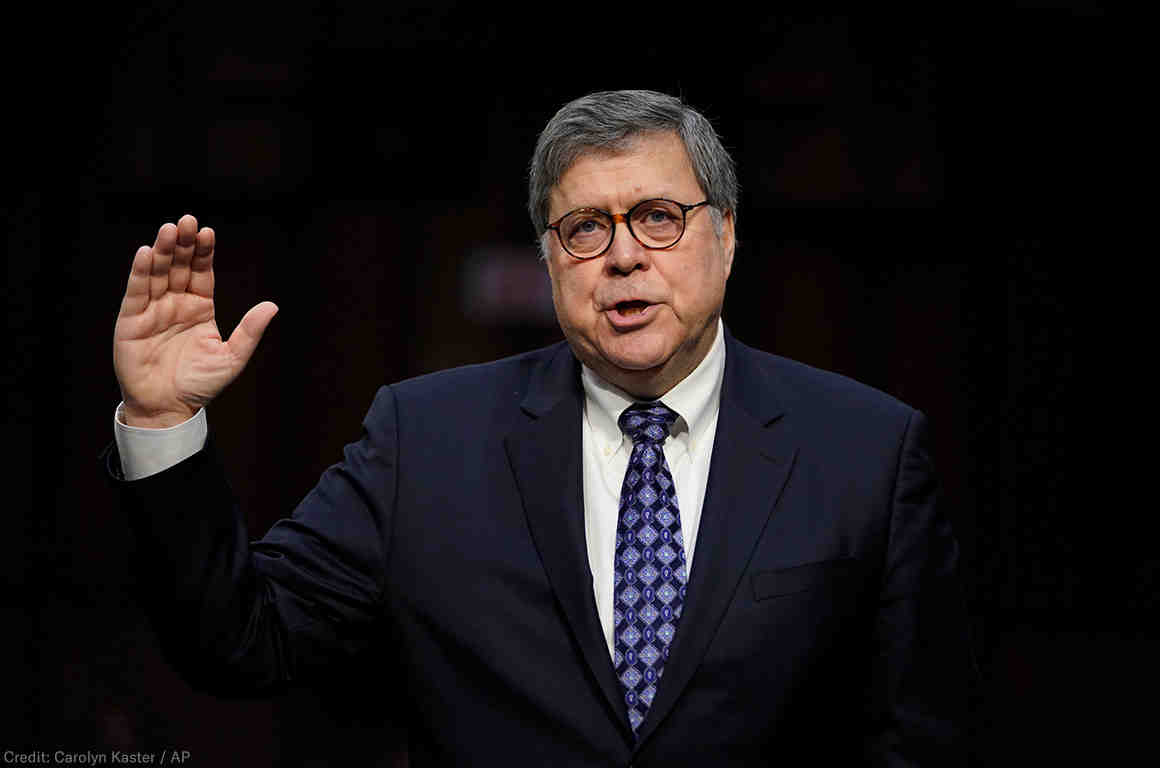 Attorney General William Barr pushed back against reforms by progressive prosecutors—but perhaps his greatest vitriol was reserved for the Boston DA’s attempt to rein in police.

U.S. Attorney General William Barr lashed out at progressive prosecutors in a speech yesterday at the Grand Lodge Fraternal Order of Police’s conference in New Orleans, calling them “anti-law enforcement” and “‘social justice’ reformers” who will send the cities where they serve back “back to the days of revolving door justice“ with the result of “more crime, more victims.”

Given that earlier this year Barr stood by “The Case for More Incarceration,” a 1992 report released by the Department of Justice when he first was attorney general, his disdain for progressive prosecutors is unsurprising.

Barr’s speech was standard tough-on-crime fare: He argued that anything that scaled back mass incarceration would inevitably lead to more crime. It cannot be stressed enough that a wealth of data disproves that. Longer prison sentences provide little to no additional deterrence, often incapacitate beyond what public safety requires, and can actually increase the risk of reoffending upon release. Rehabilitation efforts are consistently more effective outside prisons than inside them, and victims increasingly indicate that they prefer a focus on rehabilitation and reintegration instead of punitiveness.

While most progressive prosecutors have not been in office long enough to measure their impact on crime (or punishment), it’s worth noting that violent crime fell by over 5 percent in Philadelphia during District Attorney Larry Krasner’s first year on the job, and by 4 percent during Kim Foxx’s first two years in Chicago. None of this is dispositive proof that the policies of progressive prosecutors can lead to reductions in crime, but it pushes back strongly against Barr’s fearmongering.

And as top law enforcement official at the Department of Justice, Barr can reduce victimization in the violent, dysfunctional DOJ-controlled Bureau of Prisons in a far more direct way than Krasner or Foxx are able to on the streets

of Philadelphia or Chicago.

Ultimately, Barr is out of step with the data and the desires of the people who have elected progressive prosecutors.

Read more closely, however, and Barr’s speech seems to be less about progressive prosecutors and more about the police, and his and Trump’s continued resistance to reforming policing.

Barr’s focus on progressive prosecutors appears to really be about just one: Boston’s new DA Rachael Rollins. Barr referred to progressive DAs (plural) who refuse “to enforce broad swathes of the criminal law.” He then stated that “most disturbing is that some are refusing to prosecute cases of resisting police.”

As far as I know, the only prosecutor to openly refuse to prosecute “broad swathes” of cases, as Barr put it, is Rollins, who pledged to scale back the prosecution of more than a dozen offenses including trespassing, larceny under $250, and receiving stolen property (a policy I think is laudable). Most other progressive prosecutors have focused on the declination of just one or two offenses, particularly marijuana possession. And I believe she is the only newly elected progressive prosecutor to include resisting arrest in her list of charges she would decline to prosecute (although Krasner has encouraged his prosecutors to not seek bail in some resisting arrest cases).

Moreover, in Massachusetts resisting arrest is a misdemeanor. As Issa Kohler-Hausmann pointed out in her book “Misdemeanorland,” in misdemeanor court there is next to no accountability for police misconduct. There, public defender caseloads are even more overwhelming than in felony court, cases often turn on “he said/he said” between police and defendants (where the former almost always get the benefit of the doubt), and offers of “plead guilty to get out of jail today and go home” put tremendous pressure on defendants to take a deal even if they are innocent or the case is weak.

Why does this matter? Barr’s speech is not just an attack on reform of the criminal legal system. Instead, it reflects the Trump administration’s deeper antipathy to instilling greater accountability for our nation’s police forces. The Rollins policy that Barr mischaracterized and attacked is a small step forward in trying to rein in one source of excessive police enforcement, and even that strikes him as too much.

This is important, because unlike with mass incarceration, there is much less of a national consensus about how to reform policing—or whether to reform it at all. Contra the endless debates about Joe Biden’s role in mass incarceration, the White House’s bully pulpit matters far more in shaping police policy than it does incarceration policy. And people are far more likely to interact with the police than with the prison system: We admit about 600,000 people to prison each year, but our country’s more than 18,0000 federal, state, county and local law enforcement agencies arrest over 10 million, and that doesn’t count the stops and interactions that don’t result in arrest.

Our focus on mass incarceration is critically important. But in many ways our reliance on mass policing demands even more action.

John Pfaff is a professor at Fordham Law School and the author of “Locked In: The True Causes of Mass Incarceration and How to Achieve Real Reform.”  Originally published by The Appeal.