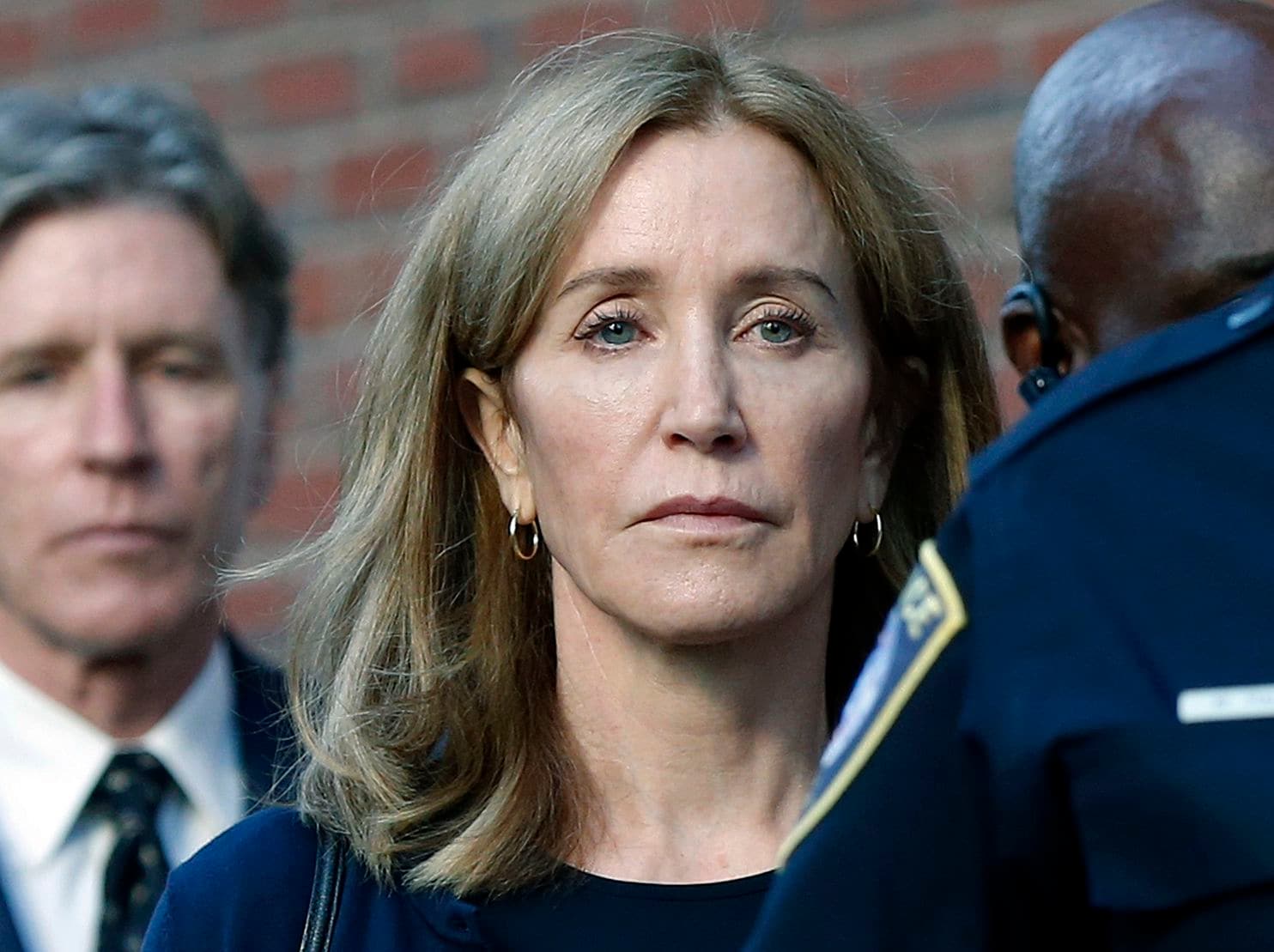 Last Friday, actress Felicity Huffman was sentenced to 14 days in prison for paying thousands of dollars to have one of her daughter’s SAT scores inflated. She is the first parent to be sentenced in a massive college admissions cheating scandal wherein wealthy parents paid get their children admitted to higher-ranked schools than they might have otherwise. Huffman was also sentenced to 12 months of supervised release and 250 hours of community service, and to pay a $30,000 fine. “There are no excuses or justifications for my actions. Period,” Huffman said in a statement released after sentencing. She also apologized “to the students who work hard every day to get into college and to their parents who make tremendous sacrifices supporting their children.”

“Looming over Ms. Huffman’s sentencing were questions about fairness, and whether she and the other mostly white parents in the case would be treated more leniently than poor or nonwhite defendants accused of educational fraud,” wrote Kate Taylor for the New York Times. “The issues were emerging in a case that has been seeped with questions of inequity—and well-to-do parents’ efforts not just to guard their advantages, but to grab more.” Prosecutors, seeking incarceration, pointed to other education fraud cases in which defendants were sentenced to prison time and argued that anything less for Huffman would be, essentially, discriminatory.

They noted that Kelley Williams-Bolar, a Black single mother in Akron, Ohio, was sentenced to five years in prison for using her father’s address to get her children into a nearby suburban school district. That sentence was later suspended to 10 days in jail, three years of probation, and community service. And they noted that after a group of Black public school teachers, principals, and administrators in Atlanta was convicted in a conspiracy to cheat on state tests, some were sentenced to as much as three years in prison. “If a poor single mom from Akron who is actually trying to provide a better education for her kids goes to jail, there is no reason that a wealthy, privileged mother with all the legal means available to her should avoid that same fate,” Eric S.

Rosen, the lead prosecutor, told the court. “If we believe in just punishment,” he said, “we should not put the Williams-Bolars in jail while letting the Huffmans go free.”

The idea that one bad decision should be used to justify another, in the name of fairness and equality, is not only wrong, it’s dangerous. It’s regressive retributivism in progressive clothing. Public defenders generally do not wish for wealthy defendants to be treated as harshly as their clients are, but rather that their clients be treated with as much compassion as wealthier people.

“David Singleton, the executive director of the Ohio Justice and Policy Center, who represented Williams-Bolar in successfully seeking clemency in her case, said that there were indeed disparities in the justice system,” reports Taylor. “When you are rich—and particularly if you’re rich and white in this country—there’s a different justice system,” he said. But, he added, “Sending Felicity Huffman to jail is not going to solve that problem.” And a lawyer who represented an educator charged in the Atlanta test cheating scandal said, “My answer is not to give Felicity Huffman more, but to give our clients less.”

In a column for Forbes, Walter Pavlo writes that the Huffman sentence was indicative of other inequities in the system, which have gained less attention. He points out that the entire case grew from an incident in which Morrie Tobin was charged in a white-collar investigation and offered information about the college admissions scandal to lighten his sentence. Pavlo also notes that Rosen, the prosecutor in the case, stands to benefit from the high-profile prosecution as it offers “a segue to private practice with a big bonus.” Pavlo concludes: “While the media feigns outrage that Huffman received a light sentence, it has overlooked a justice system that is broken, one too heavily influenced by cooperators looking for a better deal and prosecutors hoping to parlay the cases they prosecute into a lucrative payday in private practice.”

This case, and others like it, should make us question something even deeper, however. It should make us ask why we consider certain acts a crime and punish them with prison, while other acts should go to the civil system. If it isn’t clear why Huffman should go to prison, then it isn’t clear why any property offender should. Those who break the speed limit get a ticket, even though they actually put people in physical danger by doing so. But those who jump the subway turnstile are regularly arrested and can even be deported. Instead of a debate about whether more jail time is fair (it’s not), this incident could prompt a deeper discussion about why we criminalize certain acts in the first place.

At sentencing, Judge Indira Talwani told Huffman that, in making her serve time, she was clearing the slate for her. After getting out, she said, Huffman could move forward and rebuild her life. “After this, you’ve paid your dues,” she said. “I think without this sentence you would be looking at a future with the community around you asking why you had gotten away with this.” Instead of questioning societal norms about the importance of prison, the judge played right into them.

Originally appeared in the Appeal