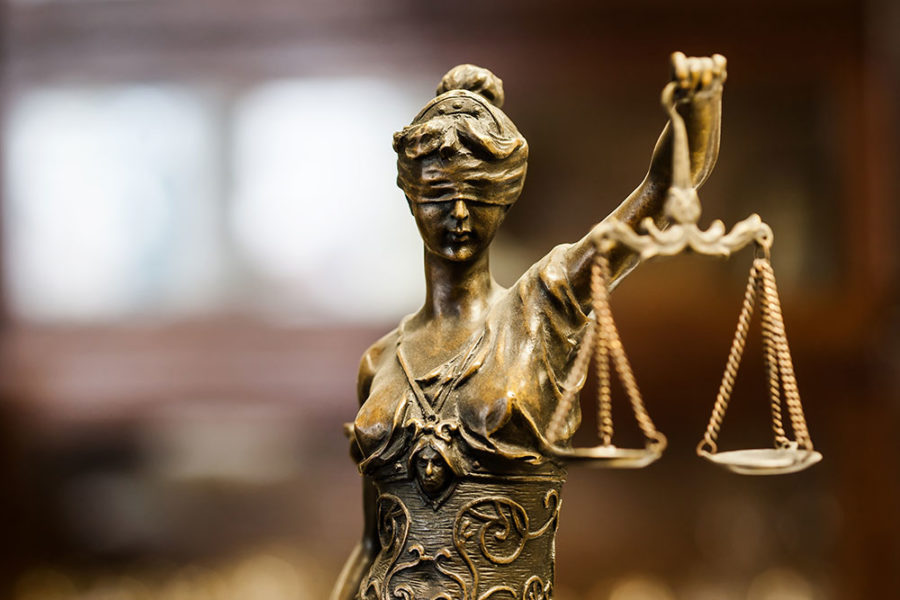 While criminal justice reform is usually associated with being progressive, some laws continue to add to racial disparity and mass incarceration in the prison system. Racial impact statements, however, hope to address these possibilities before such a law is passed.

The Sentencing Project is an organization that gathers research and advocates for policy reform for a fair and effective U.S. criminal justice system. They gather data which has supported facts that the criminal justice system has pervasive racial disparities, over six million felony-convicted individuals are prevented from voting because of their convictions, and many families lack access to food stamps because of drug charges.

“Behind each of the numbers is people, behind each statistic lays the face of a young black man whose potential has been cut short by a harsh prison sentence… Behind each data point lies a small Latina child who will only know her parents through hurried prison visits, and behind each data set lies a community of color where people have been disappeared away,” Porter stated.

“Despite a steady and substantial decline in the American crime rate since 1991, the number of incarcerated residents has increased continuously until 2011 and the imprisonment rate until 2007,” Porter stated. “From 2012-2013, state prison populations increased after a few years of decline while the federal prison population declined for the first time since the early ‘80’s.”

According to Porter, the call for the prison population to be decreased by 50 percent will take 70 years at the current rate of decrease.

She also noted how downscaling prison systems didn’t address racial disparities, as the Sentencing Project 2016 reported how in New Jersey a black defendant was twelve times more likely than a white defendant to be incarcerated, even if the rate of black incarceration rate was 24 percent below average. This disparity remained despite the range of policy changes. Following this, New Jersey adopted a racial impact statement law.

“Fairness is a really important premise and obviously a critical goal in our justice reform efforts,” Sakala stated. “But I would argue that it needs to be paired with the dual goal of healing from the harm that over-criminalization and mass incarceration has done on particularly black, Latinx, and native communities.”

Sakala lists “leveraging the power of information to both increase system accountability for equity and also advanced community-driven solutions” as tools she used to address racial disparities. She notes the need for data collection and transparency by using metric unit data to point out the problems in the justice system to support claims. The use of advanced community-driven solutions focuses on improving safety and justice challenges, not placing funds on high police surveillance and high incarceration of communities of color but through investing in major community development – an area that has been under-invested.

The facts of racial disparity, another speaker notes, make this a non-partisan issue.

Arthur Rizer, Director of Criminal Justice & Civil Liberties at R Street, states he comes from a conservative viewpoint – one which believes racial disparity should have more conservative attention, considering the research shows there’s factual inequity in the criminal justice system particularly in communities of color. Rizer pointed out the problem is largely systematic, noting black individuals are given higher bail and sentences for the same crimes as white individuals, even if you control for other factors.

“Up until 1980, we had the death penalty for many states in this country,” Rizer stated. “For the 50 years they collected data, 90% of everyone who got the death sentence for the crime of rape was black, but even more staggering was that 100% of victims were white despite the rate of black women before 1980 were 12 times more likely to be rape survivors.”

He notes this largely comes from the system not being limited enough, for which conservatives should be equal advocates, and acknowledging racist laws is the start of reform. Rizer specifies how drug cases have been framed to target people of color – “the opioid epidemic was a health epidemic but the crack epidemic was a criminal problem.” Rizer outlined how laws can be framed in different ways – civil or not civil, health or criminal – but overall there is a public safety aspect behind all these laws that looks to what people of color may use, especially with cases like marijuana or vape pods.

Rizer recommends that prosecutors and police officers should understand the consequences of their actions, instead of believing that success is a conviction or plea deal. He took groups to prison to teach them what it feels like, and it was life-changing.

Wayne Ford, a speaker and Iowa State Legislator from 1996 to 2010, helped pass the first version of a racial impact statement in the nation – known as the Minority Impact Statement. Ford began to back the bill in 2001 after the Sentencing Project stated that Iowa, where he lived at the time, ranked No. 1 in black incarceration in the United States. Washington, D.C., where he had lived before moving to Iowa, was ranked at No. 2.

“So when I saw this article, I called the Sentencing Project, I called Marc Mauer… And told him that he had his research wrong,” Ford stated. “He showed me the facts. Then I asked him a question… ‘What can I do about it?’ I said it because I knew I was in a position to make a difference.”

Following the presentations of the speakers, several questions were asked in regard to other policies. In addressing research on women of color and the LGBTQIA+ community, Sakala acknowledged there are many more unique considerations to look at systematically for data on injustice alone. She encouraged individuals to continue looking at the cross-sections and limits of policy, and not just stop at general protective laws.

Another individual asked, in regard to how data collection works for a race, whether individuals self-identified for information. Sakala explained officers list the ethnic data by what they assume the person is, which can lead to the under-reporting of individuals from a multicultural background, tampering with accuracy. Ford, to a question on the reach of racial impact statements, shared that state codes have their own definitions of minorities, which could or could not include Native Americans. In Iowa, the definition of minorities does include Native Americans.

In closing, the group noted that information can often be weaponized and used against disadvantaged communities, but stated the Sentencing Project aims to point to the root causes and continue to see the people behind the numbers.

Share:
Tags:Racial Impact StatementSentencing Project
Previous : My View: Time to Call This What It Is – the I-80 Mess
Next : Animal Cruelty Cases Draw One Felony Conviction, One Hung Jury – Mirrors National Concern