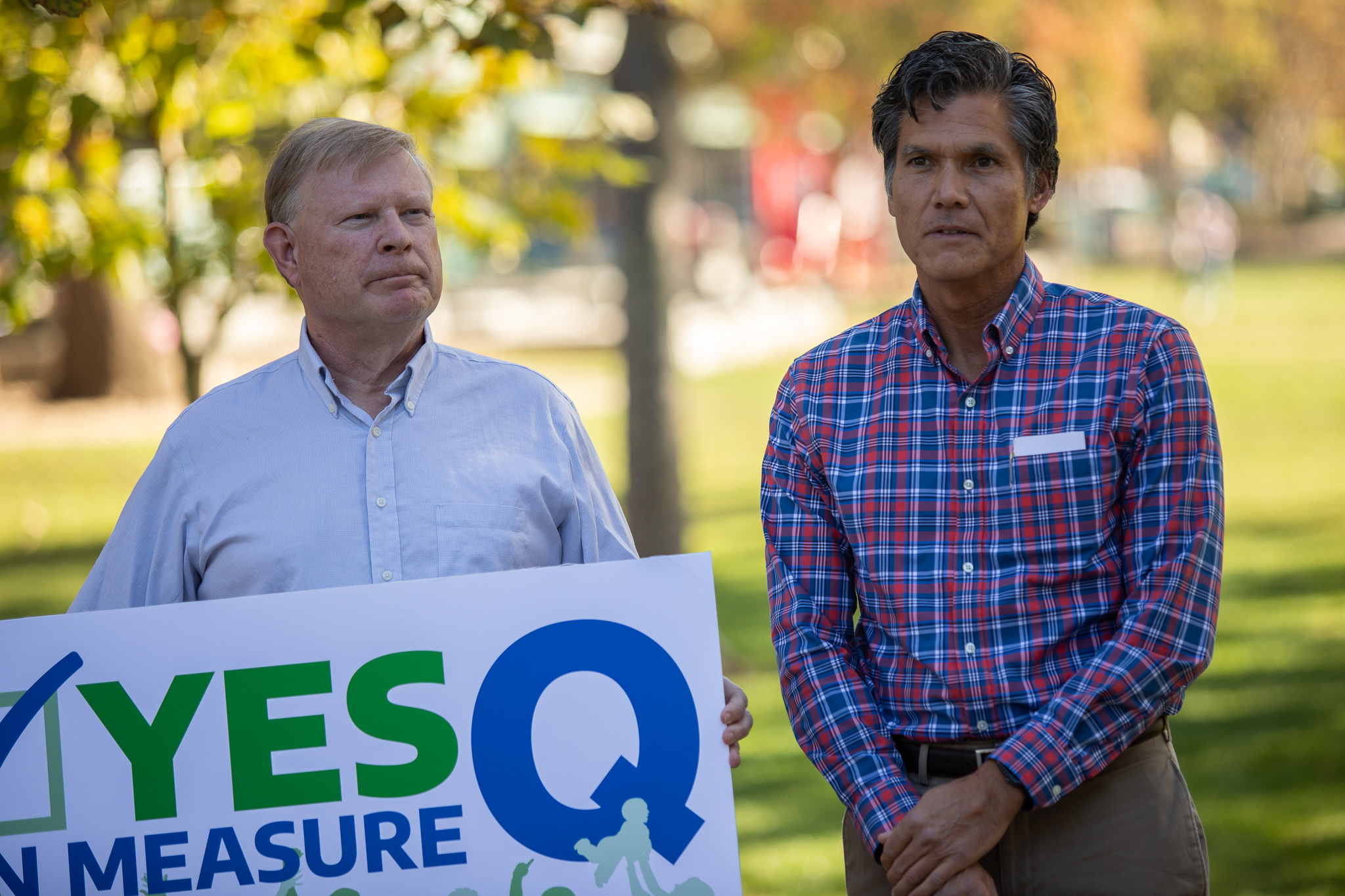 I worry about the future of Davis. I have expressed this many times, but what has made Davis great is the ability for this city to offer an unparalleled quality of life.  And that is in the balance as we speak.

This is a community that in the early 70s led the way – unparalleled bike paths, green belts, protection of farmland, preservation of the downtown – in creating a community that was vibrant and alive and far from Anytown USA.

But those days are gone.  This is a town that has had to deeply cut back on city services, cannot afford to pave its streets, and finds its ability to provide the services and quality of life that we take for granted at risk.  While this is far from the Bay Area, increasingly this has become a bifurcated community – one of students and wealthy people nearing retirement.

The question is what will the community be in 10 years?  In 20 years?

Our fiscal estimates are that we are short eight to ten million per year for at least the next 20 years.  And without intervention, that number probably gets worse not better.

We are going to see a campaign for the renewal of a one percent sales tax.  The truth is that we need that sales tax, as it provides $9 million a year – 15 percent of our general fund.  They are going to be talking about Quality of Life for Davis.

The problem is that, even if we pass this, all we are doing is securing the status quo funding level.  This does not add any money to the general fund – it simply preserves what we have.

Given that the polling for this measure was somewhere between 71 and 77 percent support – we asked a few months ago if the city council shouldn’t attempt to extend the sales tax with an increase to 1.5 percent rather than one percent.  But no one wanted to entertain that scenario.

On Friday  I attended the press conference for Measure Q. In the photo on the lead story, you will see the face of Davis over the past several decades and the message was clear and basic – “quality of life for Davis.”

Both Lois Wolk and Sheila Allen made the critical points, saying Measure Q stands for “quality of life.” Ms. Wolk stated, “It is essential that we renew this tax so that we can preserve the character and quality of life in our community.”

She’s right: “Davis is a wonderful place to live.”

The problem is that while Measure Q and its $9 million is essential to continuing that quality of life, it’s basically a rearguard battle. By that I mean passing Measure Q will prevent things from getting worse, but they aren’t going to make things better.  We are not going to add, for instance, police and fire by passing this, we just won’t have to subtract it.

I worry about the future. In just the last two weeks we have seen issues like Mace, homelessness, and parking rise up. We have people arguing that we need to bring back the claw.

But the reality is that while traffic congestion and homelessness are immediate concerns, the biggest threat to the quality of life is going to be the inability for the city of Davis to provide basic levels of services to this community.

We have schools that are great, but the costs of educating students, whether it is K-12 or college, continue to rise and we have no long term solution to maintain our quality schools.

Even with the passage of Measure Q, we are falling further and further behind. I worry that we will not be able to maintain our roads, our parks, our greenbelts, basic infrastructure, basic city services.

On Friday, Mayor Lee pointed out the need for Measure Q to maintain police and fire, but failed to mention that we currently lack resources to go beyond maintenance and to hold off atrophy.

While I have been a critic of the fire service in Davis, particularly on the cost-side, I agree with the firefighters on a critical point – the threat of climate change.

While I was talking with one captain this week, he noted that when he started, the fire season ended in late September. Now we are getting warm weather continuing into October and November. Major fires are starting in October and even November and December.

People scoffed at the notion that Davis had fire issues, but he was able to cite some very close calls that could have been catastrophes in the last two to three years had the weather not cooperated.

A downtown fire where the winds come up could prove disastrous, as could a brush fire along the periphery of town.

If we lack quality fire service to combat these fires, it only takes one fire under the right circumstances to take out a good portion of the town.

We have struggled to recruit new police officers in recent years.  This year we had the shooting tragedy of Natalie Corona.  We have also seen some recent shocking crimes.

As Mayor Brett Lee put it, “We frankly want those things to be shocking to us.  We don’t want to be one of those communities that just goes ‘oh well’ just another crime here in Davis – these types of things should be extraordinary… and we should not accept them as the status quo.”

That is my biggest concern.  The council and leaders in the community need to sell the voters on passing Measure Q, which they are right about – but my fear is that when the voters pass Measure Q, they will be once again lulled into a false sense of security. And the real danger will remain lurking, unabated somewhere off in the not-so-distant future.

24 thoughts on “Sunday Commentary: When to Renew Isn’t Enough”