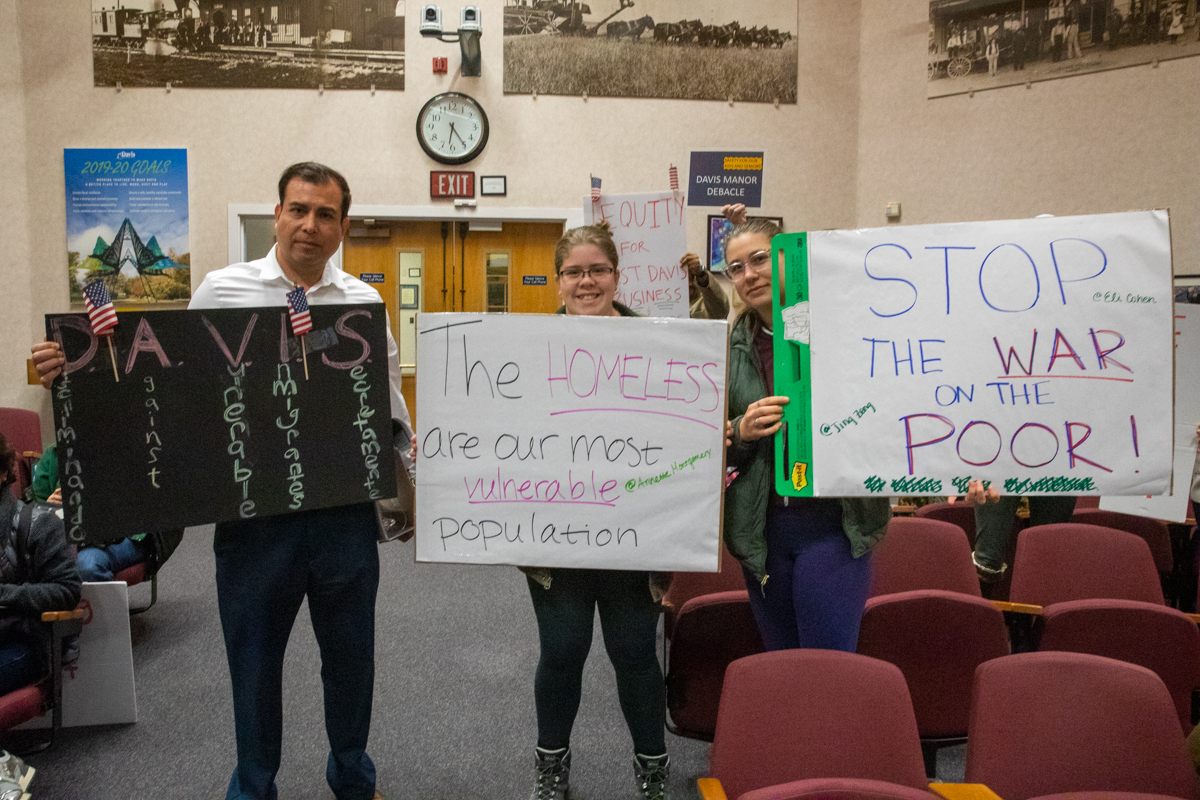 There was pushback from some people in Davis Manor against the location for the proposed respite center.  But even within that neighborhood those voices were drown out in an avalanche of support for the respite center – as 54 people spoke but only 13 spoke out in clear opposition to the idea or the location.

The council meanwhile unanimously supported the staff recommendation to move forward wit the planning process including a budget allocation of $350,000 adding some sort of community based advisory committee in the process.

Both of Davis’ County Supervisors were on hand to address the council. 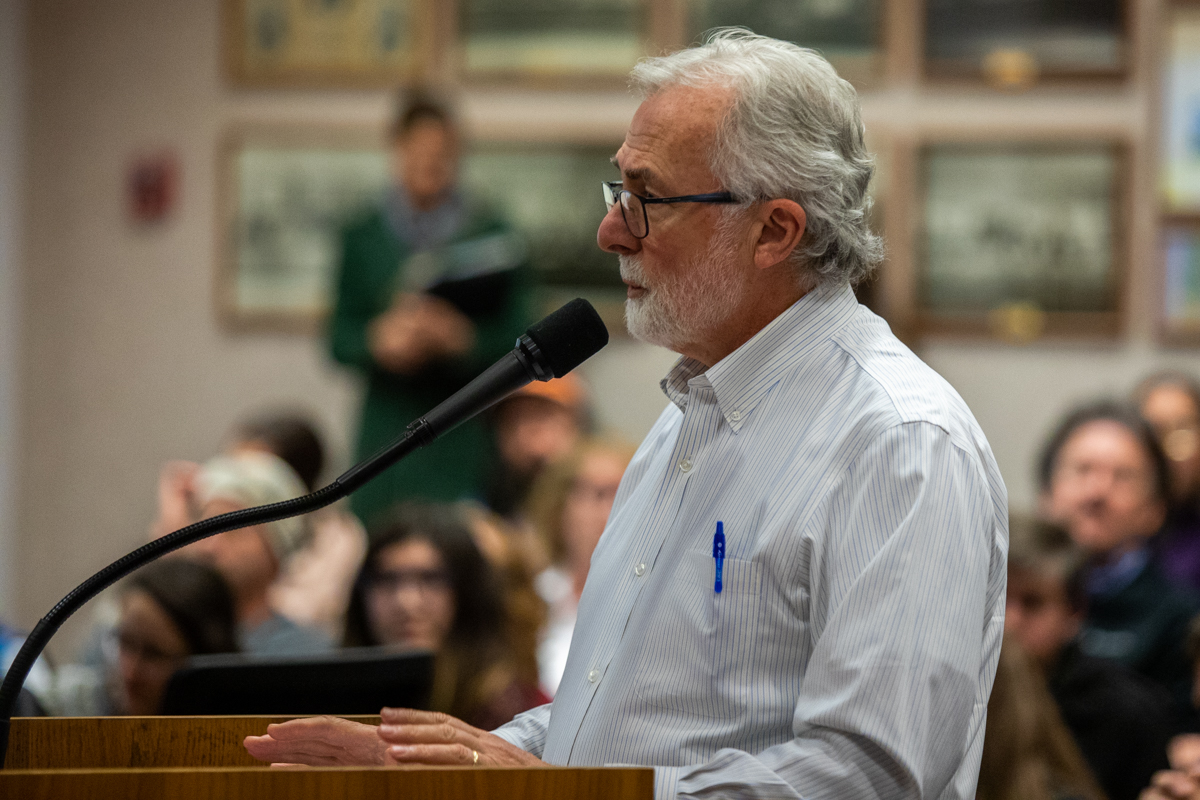 Supervisor Don Saylor told the council that the board took action earlier in the day on homeless services and housing project which included support for a governance structure to help address issues of the homeless throughout the county – which would rely on an executive community.

“We all realize this is a significant challenge facing all of the communities in the county,” Supervisor Saylor said.  In addition, for the city of Davis, “the board approved $125,000 for the

This would go for the one-time expense of setting up a respite center.

They further approved $260,000 in in-kind staff support that would create two positions – a Communicare operated Navigation Manager and a homeless service coordinator to work with the population.

Finally the board approved $375,000 in one-time expense for a property acquisition at 1101 H Street – about half the purchase price for that property, that will go for transitional and supportive housing as well as support for families about to experience homelessness.

“I want to thank this council for your work and your dedication to addressing this issue,” he said. 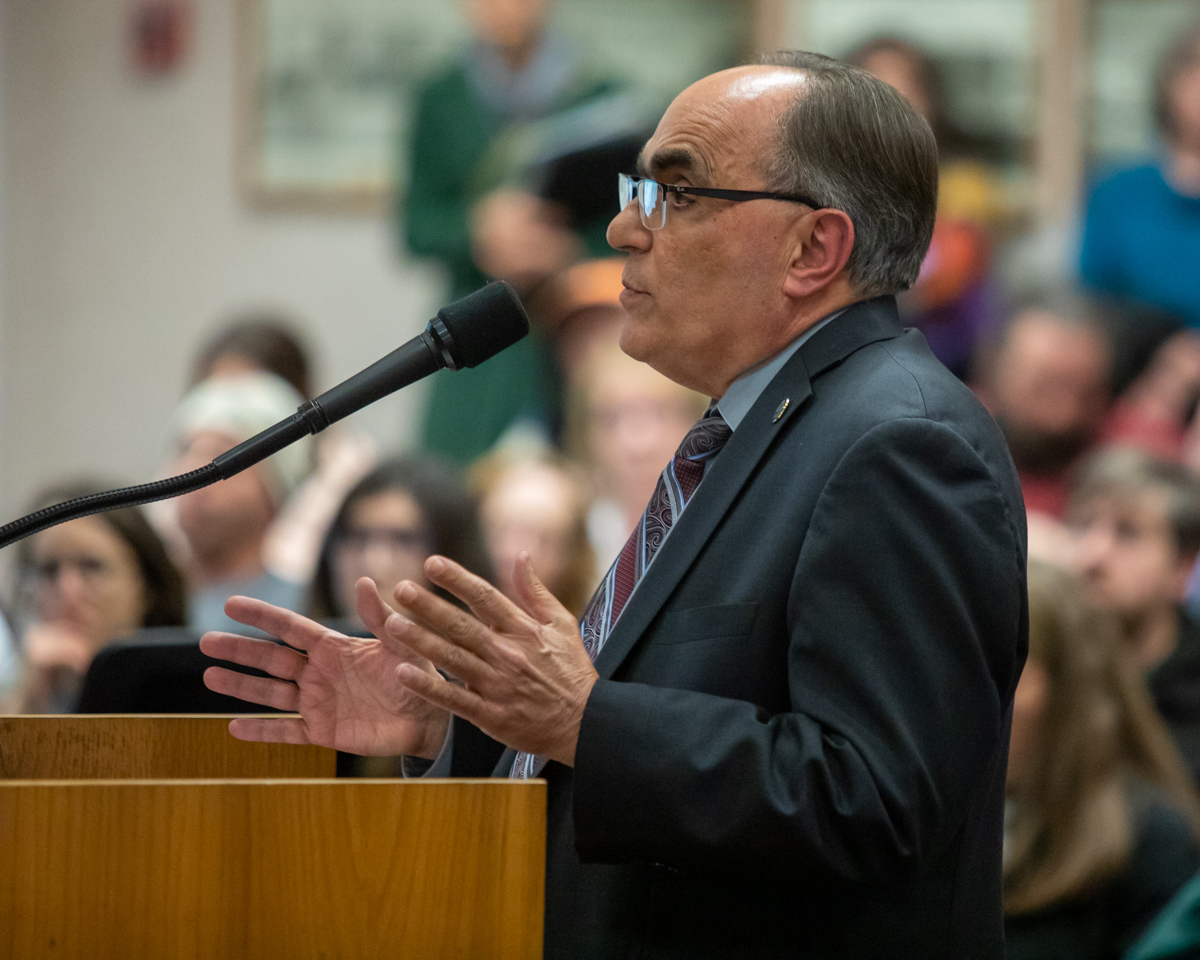 Supervisor Jim Provenza noted that the county appropriated $1 million yesterday in Davis, Woodland and West Sacramento for the homeless.

“We found even a person who had been homeless for 20 years was able to make that transition in the West Sacramento pilot project,” he said.  “The homeless are here and the courts have said you can’t actually ask homeless to move away from camping in a public spot if they have no place to go.”

Several public commenters noted that in their experience running shelters that there were few if any complaints from the neighbors about the residents or the homeless.

Martha Teeter who is board president of Davis Opportunity Village (DOVE) said during public comment  “for those experiencing homelessness the center can meet basic needs of cleanliness, possession storage and case management.”

She said that surveys show that most of the homeless in Davis “have natural connections to Davis.”

While support was overwhelming it was not universal. 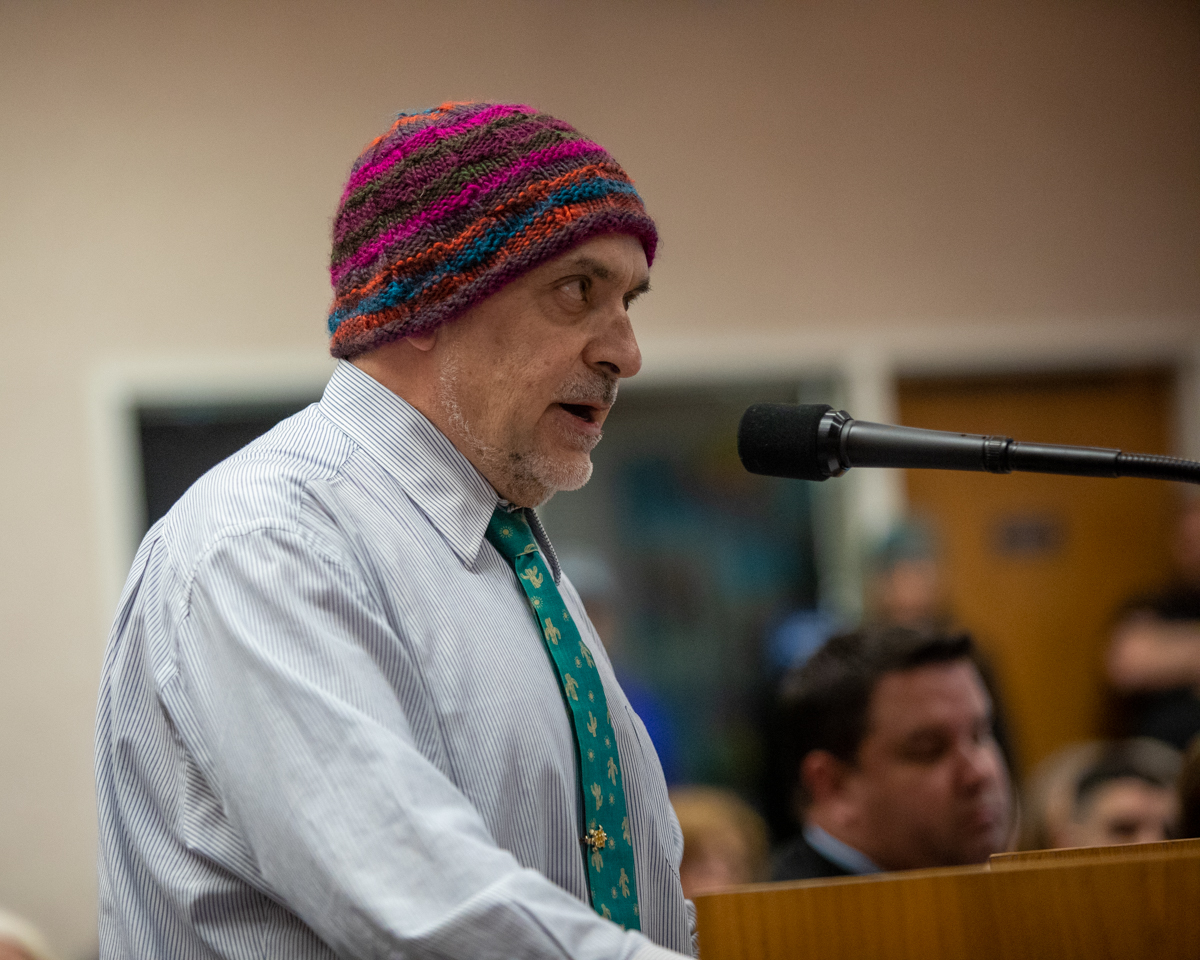 Alan Miller said, “The neighbors are concerned because some of them – the homeless as they call them, are bad people.  Not very many of them.  But a few of them.  This yes they are, no they aren’t, is bs.  The neighbors worry as they should and then they are shamed as NIMBYS.”  He said, they are working class people, “it is difficult and they are being shamed.  It’s not right.”

Another resident said that “the location should be reconsidered and moved.”  He added his concerns: “public safety, theft and vandalism, visual blight, reduced home values and a safe path to schools for our children.”  He added, “there is no question that it will lower home values.”

Another person noted that “I personally have been attacked by a homeless person, it was a terrifying experience.”  She noted “we stand to lose between $100 and $150 thousand in equity,” and she then threatened to sue “if we lose our equity because of the respite center.”

One group that spoke out forcefully for the respite center – the faith community led by clergy members. 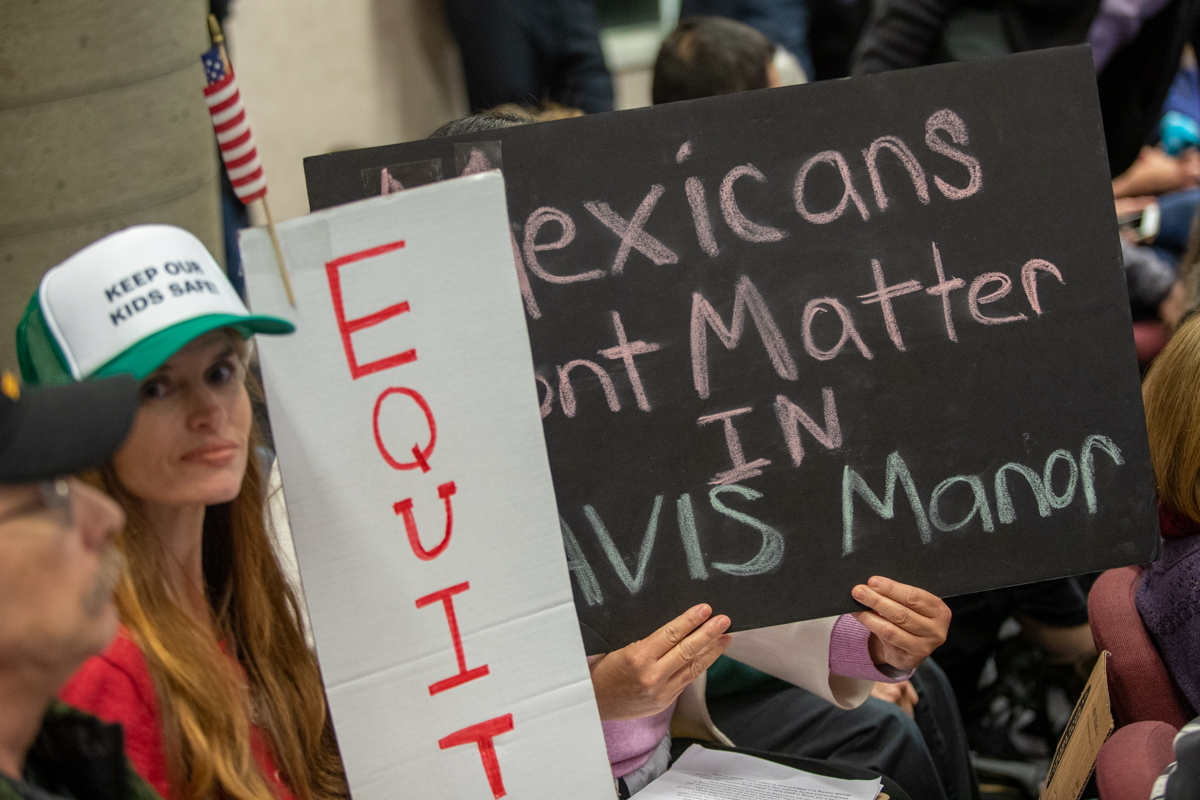 Eric Dirkson, a Christian Minister said that he has worked with and gotten to know many folks who are experiencing homelessness.

“It’s important to remember that we’re dealing not with a problem, but with people,” he said.  “If folks have a safe space to spend their time, crime does simply go down.”

He recommended that people volunteer and work with the homeless, “it will humanize this entire issue for you.”

He said “as a minister, I believe that mercy is the highest good and that Christian love compels me to advocate for the common good of all those in Davis, not just those who happen to be housed.”

Pastor John Castlefranco brought with him 50 postcards in support of the respite center by members of his church.  He noted that since 2005, his congregation has joined with others to shelter homeless people during the winter months.

He noted in their time of doing this, “we’ve never had any problems.”  Rather, it has provided them with an opportunity to teach our youth about our faith and values.

He added with the cost of housing, “homelessness is increasing statewide and here in Yolo County.  The city can and must do more to meet this need.” 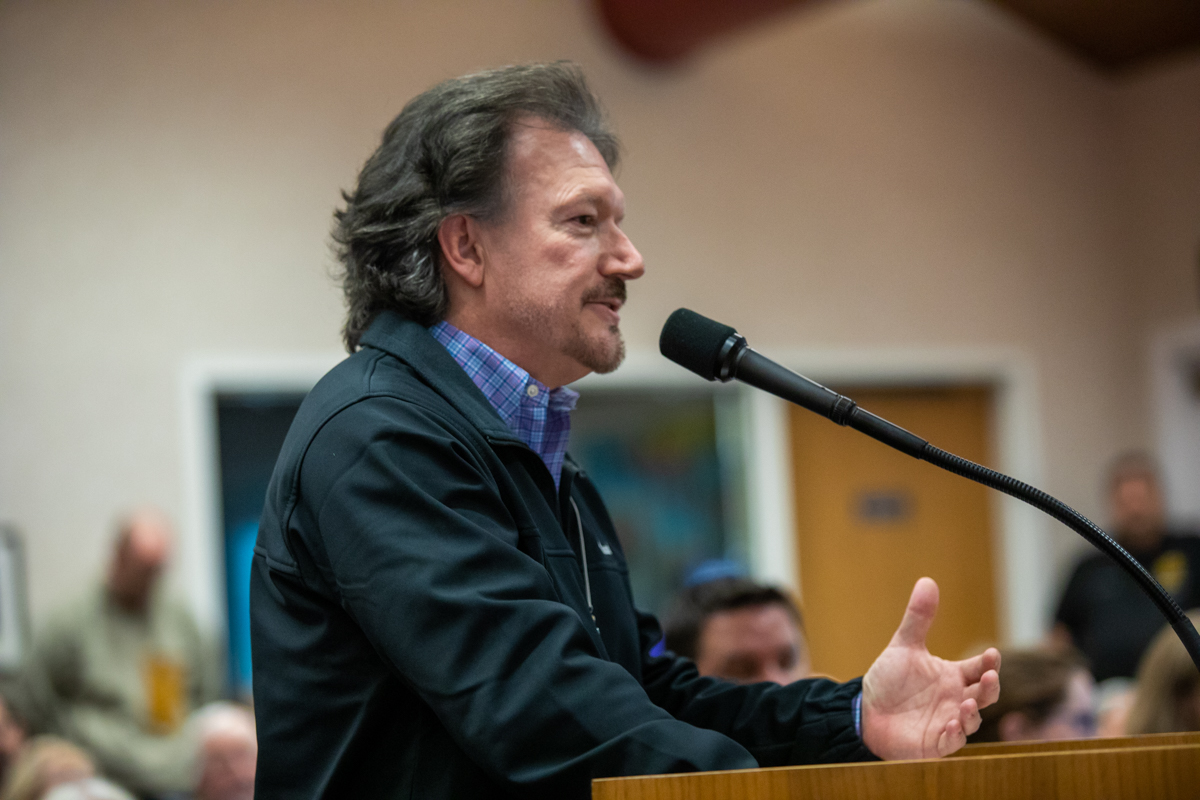 Pastor Brandon Austin at the Davis United Methodist Church, “there is a word for what we are hoping to do here… that is extending ourselves for the benefit of others, the word for that is… love.”

Chief  Darren Pytel said, “Sometimes you don’t have a great approach – you do the best you can with what you have.”

“What’s difficult now is we’re having to piecemeal solutions for all over town,” he said.  He noted that Davis Manor is concerned about the impact on their portion, “but as you know we get emails from all of the other parts of town about the constant and ongoing presence and the unsanitary conditions that the camps currently have. “

“I’ve been trying to make order out of disorder,” he said.  He noted that “we’ve had a lot of users of the program and we’ve had very few law enforcement problems with the shelters.”

He thinks that the respite center will allow them to create the same order that the shelters have created but during the day time.

Will Arnold disagreed with the narrative on the Second Street that “we heard from the neighbors there, we agreed with them and we decided not to put it there.”

He said that’s not true. 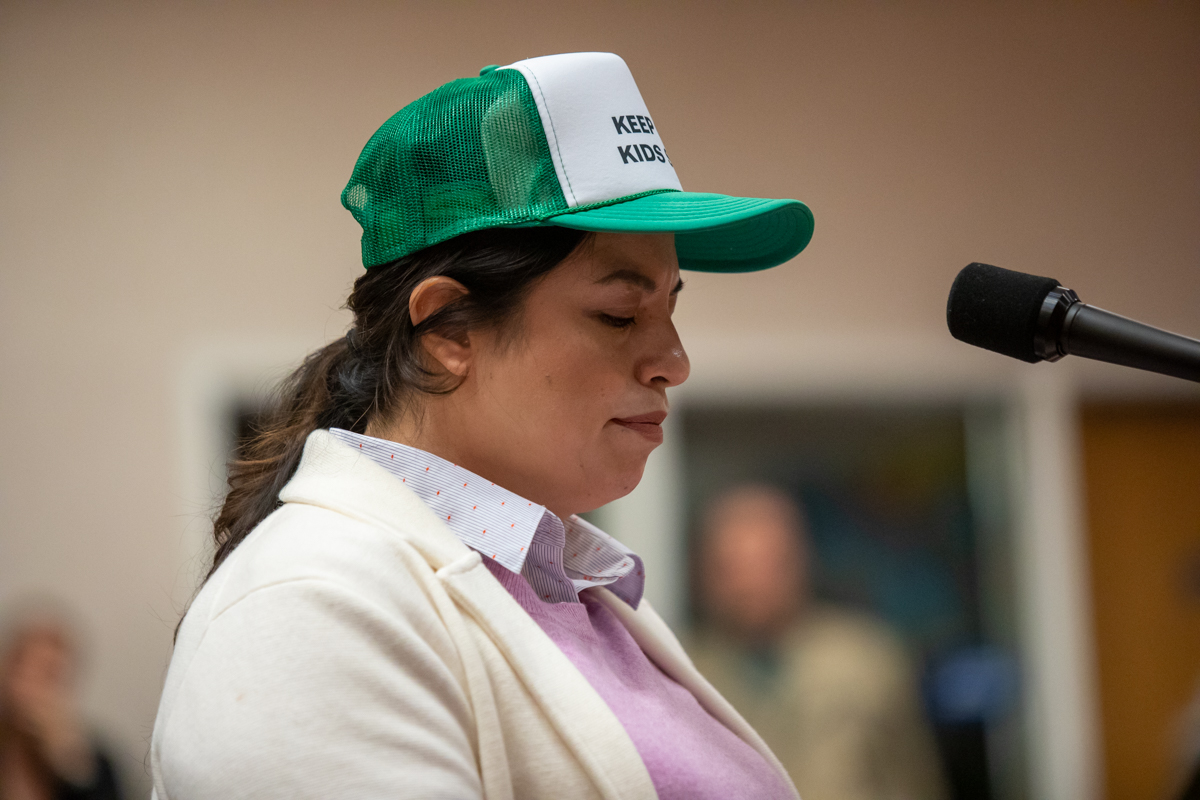 Councilmember Arnold related experiences as a business owner finding human waste at the entrance to his building.  He said, “No one wants to see that.”  But he believes that by providing a respite center, people will have a place to do things like use a toilet.

He said, “Not only is it the humane thing to do, it is the logical thing to do.”

Gloria Partida said, “ultimately, the only entity that is going to make a difference for that vulnerable population is the city.”  The council is trying to find the best location to serve that population.

She said, of the Second Street site, “it wasn’t an ideal site…  It would have taken a lot more resources to get something up and going for this site in a timely manner.”

Following Will Arnold, she noted, “The number one complaint that we have from people is human waste.”  She said she hopes this site will mitigate that. 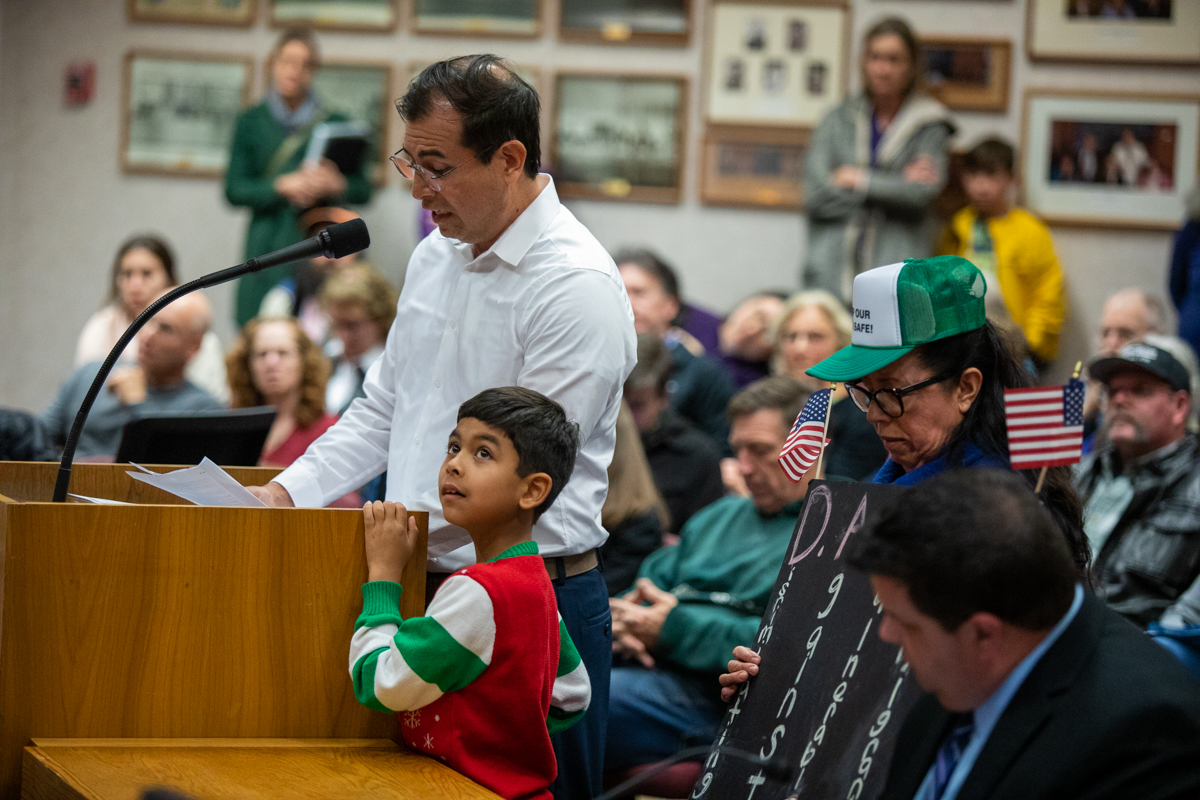 Lucas Frerichs said, “I am heartened that there are so many in the community that have stepped forward in support of this.  I think it’s the statewide housing crisis and in addition to that, the homelessness crisis has risen this to a level… where there is a need for us to do more.”

Dan Carson said “This has not been a perfect process but we are eight days from Christmas.  Wind and rain and cold – more of that is coming.  I feel morally bound to support an action that seems well planned out that will help keep folks alive.”

He called this, “our best chance for making things better.” 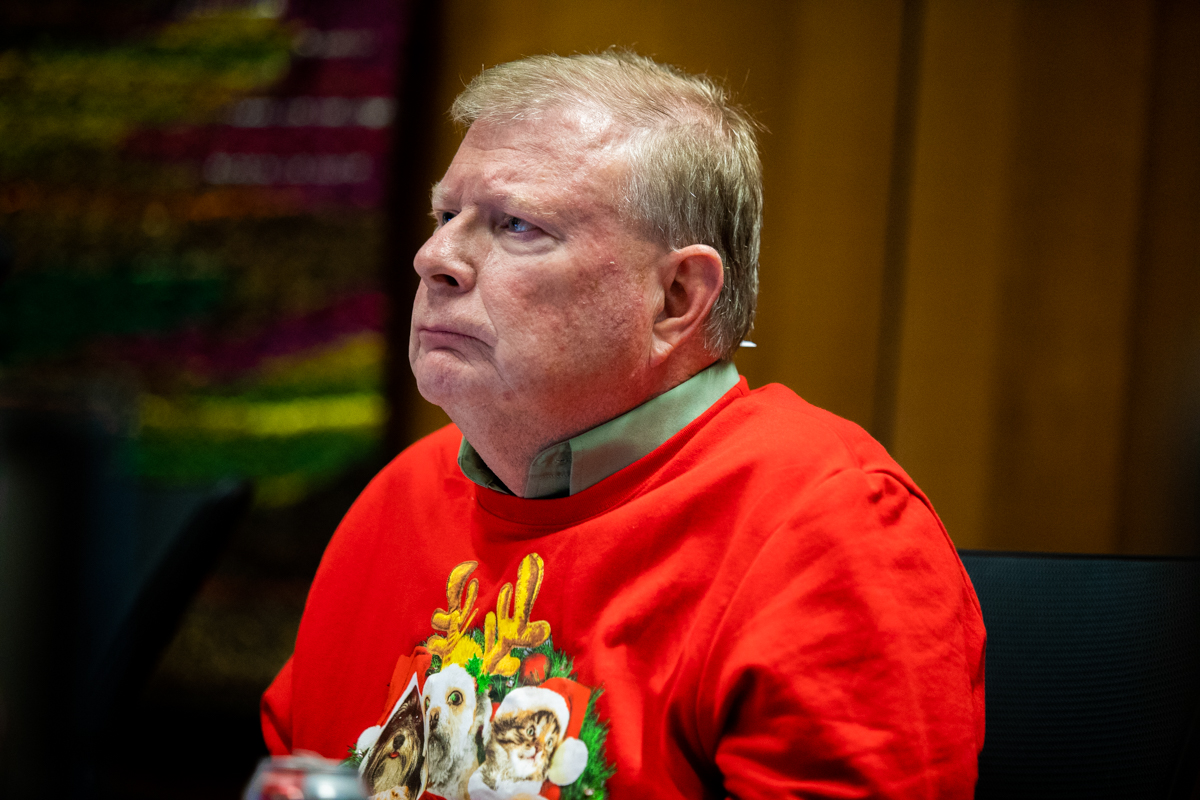 Mayor Brett Lee noted the notion that this neighborhood is unfairly sharing the burden.  He noted that “the county location is a block from (Lucas Frerich’s) home.”

He added that they are using non-profits as a crutch – knowing that the community has these challenges and “they have done such wonderful and important work,” but “I realize that this challenge is going to need lots of people trying to address it, the city definitely has a role, the government definitely has a role.”

Brett Lee called for a respite center advisory committee to be set up.

He also addressed the issue of pilot project, stating, “I think this location could ultimately be a long term location.”

He added, “we do need an overnight component” and acknowledge that would not be at this location.