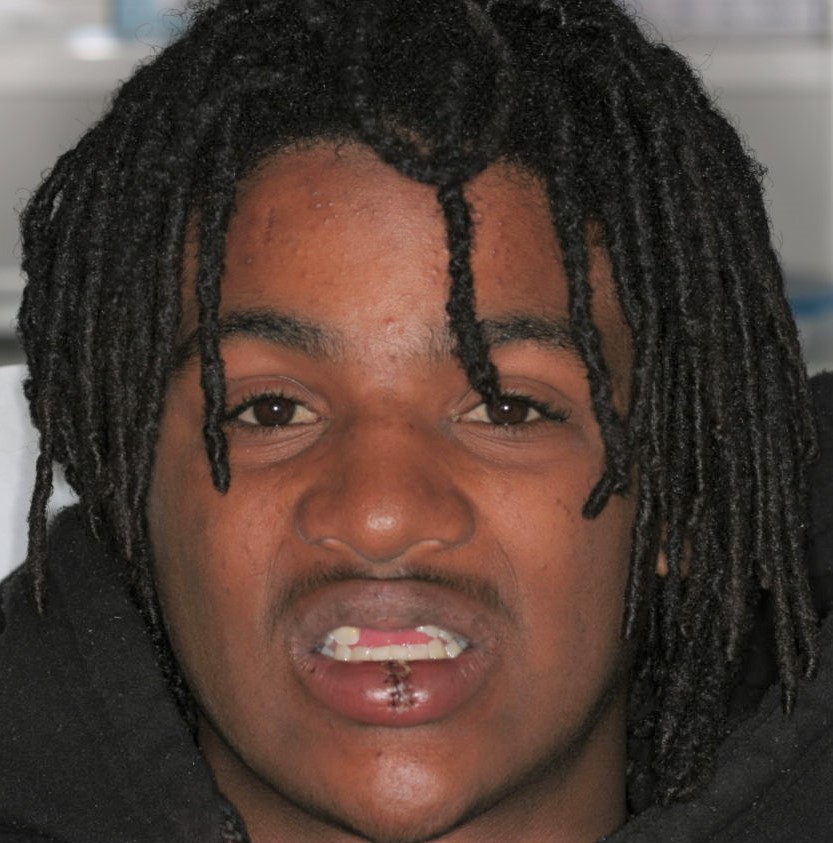 STOCKTON, Ca – It’s been nearly nine years in the making, but the civil rights lawsuit against two Stockton police officers involved in the arrest and beating of Joseph Green, a 16-year-old Black teen in 2011, is unfolding here in San Joaquin County Superior Court.

The city of Stockton bankruptcy slowed matters considerably. And, last Fall, the case was finally set. But, then, Superior Court Judge Carter Holly recused himself the morning before a trial began.

The trial finally began last week, but procedural issues and difficulty in picking a jury has delayed the trial. A high number of potential jurors had to be excused after they said they either heard about, or experienced bad treatment by Stockton police.

In the end, the 12-person jury has one Black juror, three Latinos of the five women, seven men. But it wasn’t easy.

Today, the officers were grilled by Green’s lawyer, Tony Piccuta, in what could be a multi-million dollar lawsuit against officers Robert Johnson, Robert Wong and the city of Stockton for their actions in February 2011.

Wednesday, Johnson – who punched Green and allegedly threw him to the floor of a gas station/convenience store, resulting in Green’s two front teeth being knocked out – was peppered by unrelenting

“Isn’t it true you watched the video (of the arrest and beating) to figure out a story to protect yourself,” suggested Piccuta, who proceeded to poke holes in Johnson’s report and other statements about the incident.

Johnson was also forced to admit his statements were not exactly in sync with video of the incident at California Stop in Stockton. In fact, grainy (no audio) video was relatively clear showing Johnson going after Green as he left the convenience store.

“I went after him,” admitted Johnson, who can be seen pulling the Black teen into the store as Green and his four-year-old sister left after not being able to purchase “gummy bear” candy while their mother was outside pumping $60 worth of gas. One of the dollar bills Green offered the store clerk had a burned edge and the clerk wouldn’t accept it.

But Piccuta was quick to point out that while Johnson claimed the youth was “trespassing,” the “clerk never asked you to arrest him for trespassing.”

Piccuta also said the video doesn’t seem to depict any real resistance by Green – “It doesn’t show a struggle does it,” he asked Johnson, who outweighed the teen by about 100 pounds.

After the Stockton cop grabbed Green and pulled him back into the store, he steered him to the back. Johnson claims they were “struggling,” but the video suggests Green was holding the questionable dollar bill in one hand, and holding up his other hand.

Johnson’s previous pre-trial statement noted that Green “turns and faces me and grabs my shoulder and pushes me into a shelf. We were pushing and pulling, and I was trying to get him away from front door….he goes face first into (floor).”

“Isn’t it true Mr. Green is not grabbing you at all (as they moved toward back). Do you have any shots to show otherwise,” said Piccuta.

Johnson admitted he did not.

The officer also agreed that he couldn’t have used force if Green hadn’t struggled and or only said something Johnson didn’t like. Green, said both officers, said something like “F you and F your badge.”

“You can’t use force for protected speech, right? Isn’t it true you lost your temper…he popped off to you a little bit,” Piccuta said. Johnson denied he did anything unprofessional.

But Johnson maintained that Green could have been a threat.

“I wanted to get away from the door. I didn’t know who was outside, it’s a gang area,” said Johnson, who admitted that Green had not assaulted him although in earlier statements the officer claimed Green did.

Piccuta also took aim at suggestions by Johnson that a scale, often used by drug dealers, was dropped by Green.

“A black digital scale fell out of his left hand, and in my experience it means drug activity,” said Johnson, but confirmed – under intense questioning by Piccuta – that the scale was never booked into evidence after he put it into a bag.

“Isn’t it true you included this accusation (about the scale) to help justify your conduct?” asked Piccuta. Johnson denied that, with Piccuta noting that “Did the (the scale) happen or not?” Despite protestations by Johnson, the video of the incident appeared to show nothing in Green’s hand.

Piccuta then turned to the takedown of Green. Johnson claims they “tripped” over some handbaskets in the store, but Green’s attorney attacked how Johnson repeatedly punched Green when they were on the ground. And how he slammed Green’s face into the ground.

Johnson not surprisingly disputed that, claiming Green fell on his face (knocking his teeth out).

Piccuta pointed out that the video shows “if he is going down face first then how can his toe be up in air….isn’t it true he fell on his back, and you rolled him over and pinned him with your knee,” he said referencing the video of the incident.

But Johnson maintained that he was concerned about blood that Green was spitting (his teeth had been knocked out and a huge gash on his lips, which had to be stitched at the hospital later) in his direction.

“He spit blood at me. I did punch him,” said Johnson.

Piccuta – positioning his body on the courtroom carpet with a few feet of the jury – explained that if someone was on their stomach they could not contort their body to spit upward.

“Unless he dislocated his leg to get the toe to point the wrong direction, he could not have spit at you,” said Piccuta, adding “if he does spit blood at you, then why strike him in his face with blood borne pathogens….you took your hand to hit him in his mouth where he was bleeding,” said Piccuta.

Johnson countered that “I saw blood pooling up on the floor. I punched him in the side of his face,” noting that “people can contort themselves at pretty amazing angles” in response to Piccuta’s claim that he could not spit with Johnson’s leg in his back with Green on his stomach.

Johnson admitted he had “never ever seen that,” and also said he couldn’t find any blood on his clothes, although “I didn’t do a forensic analysis” somewhat sarcastically.

At the end of the questioning, Johnson said he didn’t need much help because ‘I had it pretty much under control,” to which Piccuta responded, “that’s because Mr. Green wasn’t resisting.”

Johnson said the young Black teen never bit or injured him, but he still admitted he punched Green repeatedly. He also turned Green over to his stomach “gently.” Piccuta said it was “significant”

Piccuta also took issue with the fact that Johnson never reported certain aspects of the use of force, including hitting Green’s head on the ground “a few times,” and that Green had trouble breathing when Johnson had his knee in Green’s back for more than three minutes, and had a mouthful of blood.

Johnson also said he didn’t take witness statements, and Piccuta said he actively discouraged witnesses by threatening to arrest them if they didn’t leave.

“I didn’t want people to come in and interfere with an arrest,” countered Johnson, who also threatened Green’s mother and Green’s four-year-old sister with arrest.

“Isn’t it true that you wanted to make Green uncomfortable by leaving your knee in his back….you knew he was having trouble breathing,” said Piccuta. He also accused Johnson of “staging” the baskets around the incident scene to make it look like he and Green tripped and fell to the floor rather than Johnson “taking down” Green.

“And you never mentioned in your police report that you staged this,” asked Piccuta.

The legal team for the city of Stockton, Johnson and Wong declined to cross examine Johnson until later in the trial.