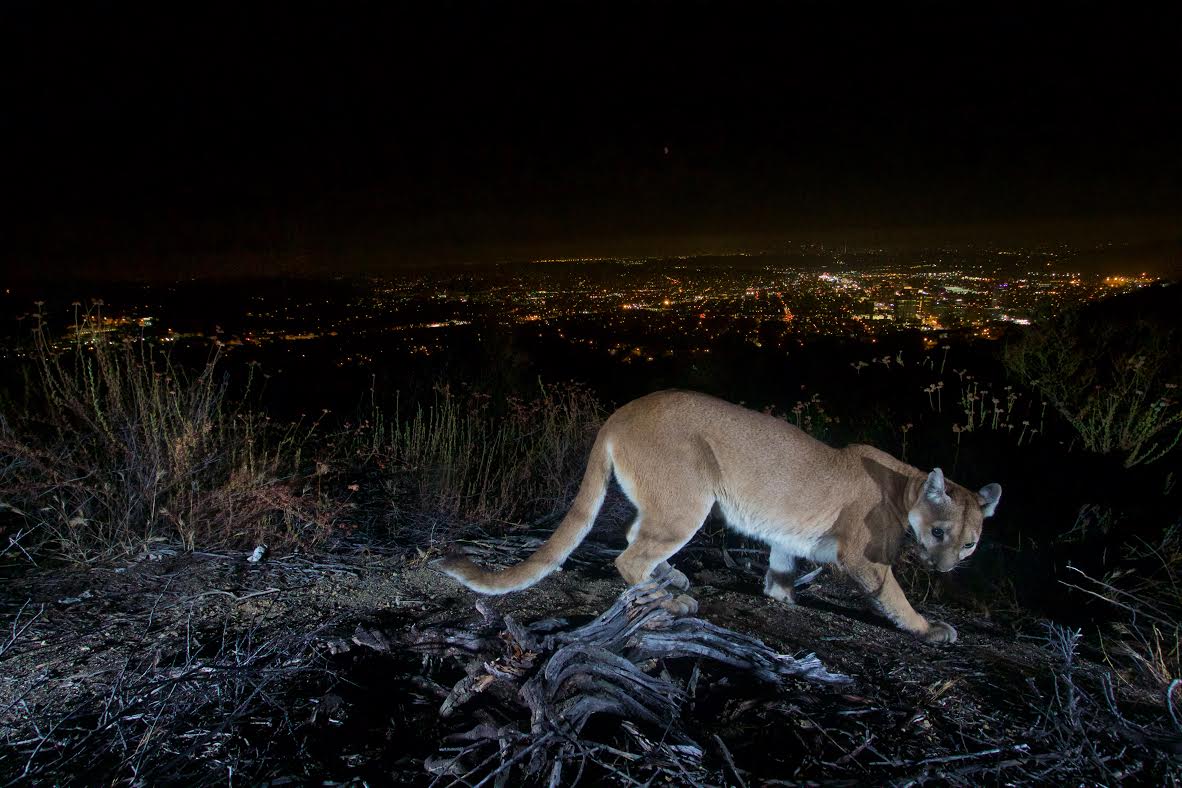 (From Press Release) – Current protections under California law couldn’t save p56, the first lion killed under the States three strikes law, yet there is now hope that P56 didn’t die in vain. The Petition to list California’s mountain lion under the California endangered species act (CESA) was jointly filed in June of 2019 by the Mountain Lion Foundation and the Center for Biological Diversity and now the California Department of Fish and Wildlife has taken the bold step to recommended that the California mountain lion, from Santa Cruz to the Mexico border move closer to protection under CESA.

The petition seeks protections for gravely imperiled lions in Southern California and on the Central Coast, including the Eastern Peninsular Range, Santa Ana Mountains, San Bernardino Mountains, San Gabriel Mountains, Santa Monica Mountains, and north along the coast to the Santa Cruz Mountains.

“California’s mountain lions – especially those in Southern California and along the Central Coast – face a myriad of threats,” said Assemblymember Richard Bloom (D-Santa Monica). “The Department of Fish and Wildlife’s finding that protection under the California Endangered Species Act may be warranted for mountain lions must drive us to seek comprehensive solutions to reduce mortality caused by vehicle collisions, rodenticide use, depredation take, and habitat fragmentation caused by transportation and development planning that isolates these apex predators. I urge the Fish and Game Commission to move swiftly to advance on this petition so that enhanced protections and improved planning processes can be immediately implemented. We can’t afford to lose any more lions.”

Without these protections, California’s lion populations could disappear in little more than a decade. Startling predictions of

extinction by researchers at UC Davis, UCLA, and with the National Park Service have shown that if inbreeding depression occurs, the Santa Ana population could go extinct within twelve years and the Santa Monica population within fifteen.

Bob McCoy, Chair of the Mountain Lion Foundation’s Board of Directors said, “As our planet suffers an extinction crisis, it can no longer be business as usual. Protecting California‘s mountain lions under CESA is crucial for the survival of our big cats, their habitat and the diverse wildlife species the lions support.”

Habitat loss and fragmentation caused by freeways and sprawl have led to high levels of genetic isolation and human-caused mortality. These lion populations also suffer from dangerously low genetic diversity due to a lack of habitat connectivity that would allow them to intersperse. The animals are often killed trying to cross freeways, by poaching or in retaliation for preying on livestock, as was the sad case of P56. Others die excruciating deaths after consuming prey that have ingested toxic rodenticides. If any of these deaths are female lions, there’s a good chance kittens are being orphaned and may not survive without their mother.

“The unnecessary loss of P56 has brought us to the brink of extinction for California’s mountain lions, said Senator Ben Allen (D-Santa Monica). I commend the Department of Fish and Wildlife for taking this step to protect these majestic animals and urge the Commission to move quickly to designate them as endangered.”

Mountain lions have profound impacts on their environment, which help to support the overall health of California ecosystems. Their kills provide an important food source for a host of wild animals, including California condors and gray foxes. Their presence benefits rare native plants, butterflies and even songbird populations.

“We now have hope that something good could come out of P56’s death. The people of California have spoken, they have a longing for change. Protecting our beautiful and largely unspoiled public lands is imperative for future generations. They deserve the right to see the wildlife we see today, stated Debra Chase, CEO of the Mountain Lion Foundation. Let’s keep that hope alive”.

The Mountain Lion Foundation is a national nonprofit organization founded in 1986. For more than 30 years, the foundation has worked with member volunteers and partner organizations to further policies that protect mountain lions and their habitat. For more information, visit mountainlion.org.

The Center for Biological Diversity is a national, nonprofit conservation organization with more than 1.7 million members and online activists dedicated to the protection of endangered species and wild places.