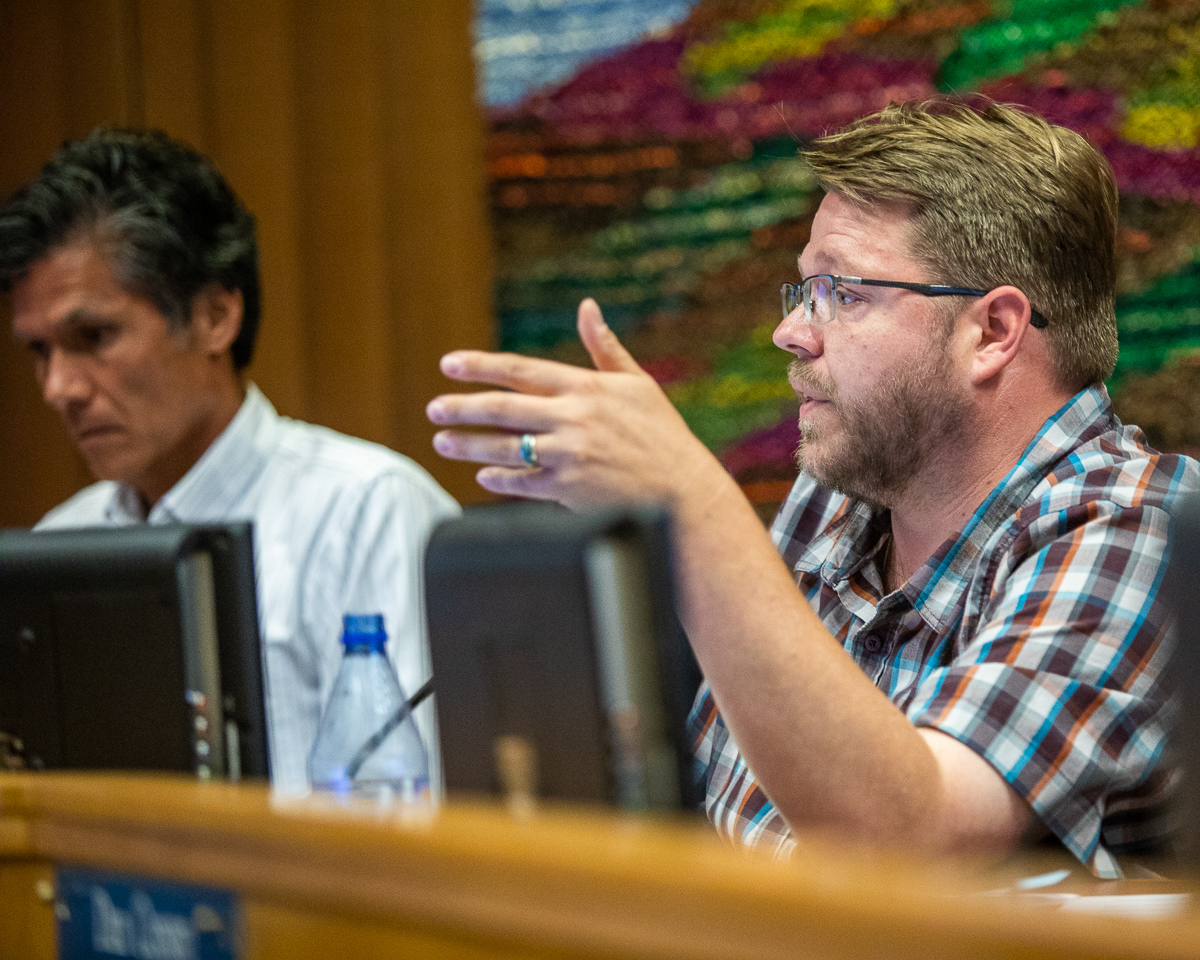 The Davis Community is responding to an unprecedented threat from COVID-19.  The Vanguard spoke with Councilmember Lucas Frerichs about the community pulse and response by the city.

“There is a fair amount of apprehension,” Councilmember Lucas Frerichs told the Vanguard.  “Fear and uncertainty.”

The concern about the virus itself, he said when combined with the potential tailspin of the economy, “has really increased people’s levels of anxiety.  That’s something we’re really starting to see in a lot of the phone calls, emails, text messages, social media post.  We’re seeing it locally as well as we’re seeing it in other parts of the country.”

So far people seem to be cooperating with the measures.

“By and large people have really been adhering to the shelter in place directive, that has come from the county,” he said.  “We’re really fortunate in Davis that we have such easy access to parks and greenbelts.  It’s really easy for people to get outside and still spent time outdoors and not just be cooped up inside all the time.”

A big question forward is going to be what role the city council plays in all of this.

For Lucas Frerichs, a key point is that the council, “is still setting policy for the city.”  He said, “There are still business items that are coming before the city that need to be taken care of – even in this time of international pandemic.”

He added, “People are utilizing – especially those of us that are more active on social media – they are really utilizing us as a clearinghouse for information.”

He said, “We have been able to distribute information widely in the community.”

They have also served a role as verifying information or debunking false information.

“We have really played the role of letting people know if something is true or false,” he said.  “Making sure that we’re providing accurate information to the public.”

The role played by the county health officials has been critical now – with the reported cases in Yolo County up to 24.

The communication has been vital.  Councilmember Frerichs described a call with Dr. Ron Chapman, the Yolo County Public Health Officer, who had a conference call with a number of city officials on with him and local electeds across the county.

When they made the call to order shelter in place, city officials were told about the latest information and what the status in the county was.

“I have been really appreciative of the public health officials and being able to be accessible to us as things have arisen and incidents have come up,” he said.

Lucas Frerichs described a number of concerns at this point.

“One is just the actual public health component,” he said.  “Ensuring that people are adhering to the shelter in place order and slowing the spread of the virus.”

“Another major concern that I have is if we’re on pace to follow some of the places like Italy where we’re seeing just a drastic uptick and increase in death, and an inability of the medical community to respond where they’re  totally overwhelming,” he said.

Longer term, his concern, “are these issues surrounding the economy.  Seeing the photos of downtown and seeing all of the businesses closed.  Most of the businesses are closed, no one around, no customers.  Obviously very worried about the long term ramifications of the lack of economic activity including the lack of people staying in hotels.”

He said, “Both locally and at the state level, we’re going to see significant declines in sales tax revenues and other types of income.”  He said, “That’s going to have a really negative effect on our local and state budgets.”

That is one area that the council is already working on several things hoping to cushion the blow.

One of the things they did on Tuesday of last week, was “deferring a number of the transient occupancy taxes on hotels.”  In addition, “we are going to be insuring that we’re not turning off people’s city utilities.”

One of their big actions was the vote to put a moratorium on evictions for commercial and residential tenants.

In the city release, Councilmember Frerichs said, “During this unprecedented time, it is imperative for us to attempt to help those – both commercial and residential tenants – that will most need assistance, so that we don’t end up with additional vacant storefronts, empty houses, and apartments throughout Davis.”

These were tools he said they could utilize now.  He also said, “We should consider looking at if the city is able to carve out funding… that can be put up as a match for folks in need of it.”

“The key is that people in the city have really stepped up when there have been natural disasters in other places,” he said referring in particular to the fire in Paradise and Sonoma and Napa County.  “We need to consider a community wide fundraiser for people who are hurting here in our own community.”

Lucas Frerichs believes we can control and slow down the spread of coronavirus.

The bottom line is that “one of the most surefire ways to prevent the spread of a virus like this, is reducing people’s interactions with each other and one of the best ways to do that is through shelter in place.”