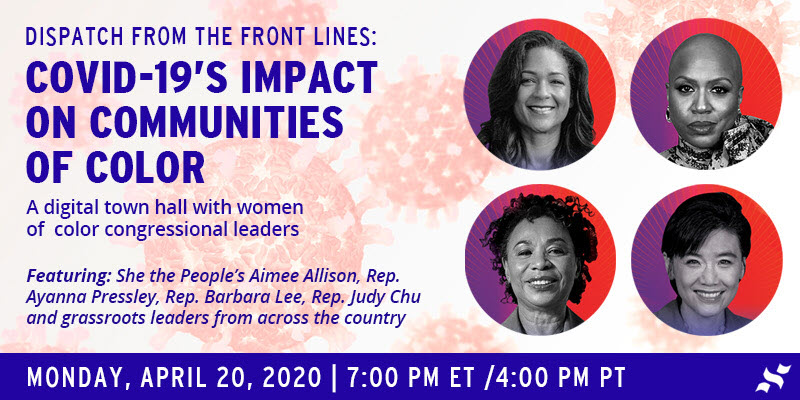 “COVID-19 is not a great equalizer,” organizers said. In fact, structural racism continues to perpetuate health and other disparities in communities of color during this global pandemic.

The BBC reported this week that early CDC data shows that in Chicago in early April, 72% of people who died of coronavirus were black, although only one-third of the city’s population is.

In Georgia, as of 17 April, white people accounted for 40% of Covid-19 cases where race was reported, although they represent 58% of the state.

Overall, reported NPR this week, CDC found that 33% of people who’ve been hospitalized with COVID-19 are African American, yet only 13% of the U.S. population is African American.

Further, among the 26 states reporting racial data, blacks account for 34% of COVID deaths, according to research from Johns Hopkins University.

Aimee Alison, President of the She-The-People noted that Skylar Herbert, a five-year-old daughter of first responders in Michigan, died on Sunday of coronavirus complications in Detroit, and at five years old became the youngest American victim to die of this disease. 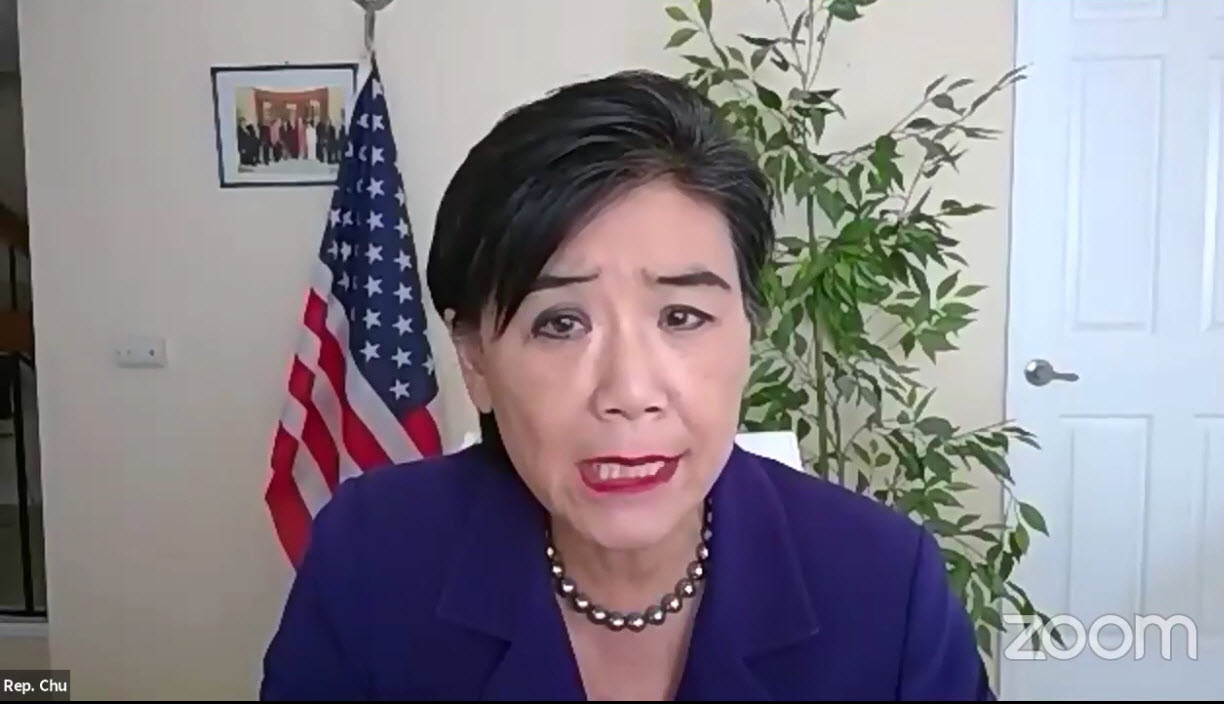 Congresswoman Chu said, “Communities of color are clearly some of the ones that are most impacted by the virus—but they are some of the people deemed most essential.”

She noted that they “disproportionately are represented in fields like health care, grocery stores and transportation, meaning they’re putting themselves at risk for our sake.”  She said, “These same communities are also some of the most vulnerable.”

Dreamers disproportionately work in health care, “but their future in this country unless they are extended is still uncertain.

“We need to make sure that we are supporting the most vulnerable of our workers,” she said.  The government needs to make sure that COVID-19 materials are translated into all languages so everyone can understand it.

“Testing is the key getting us to the other side of this crisis,” she said.  “If we don’t know who’s infected, we cannot stop the spread of the virus.  But the US is facing a severe shortage of testing nationwide and, as a result, our cases of COVID-19 in our communities are being undercounted.”

She wants to include in the next aid package the ability to “ramp up our testing capacity on a massive scale.”

Reports, she said, noted that wealthy individuals are able to access testing while vulnerable populations have difficulty getting tests unless they are hospitalized.

She noted that, with adequate testing, there will be less need to quarantine.  But she noted even here there are problems for communities of color, who often lack separate rooms to be able to quarantine at home and protect their families.

“We need to ensure that we have ways that people can recover in our lowest-income minority communities,” she said. 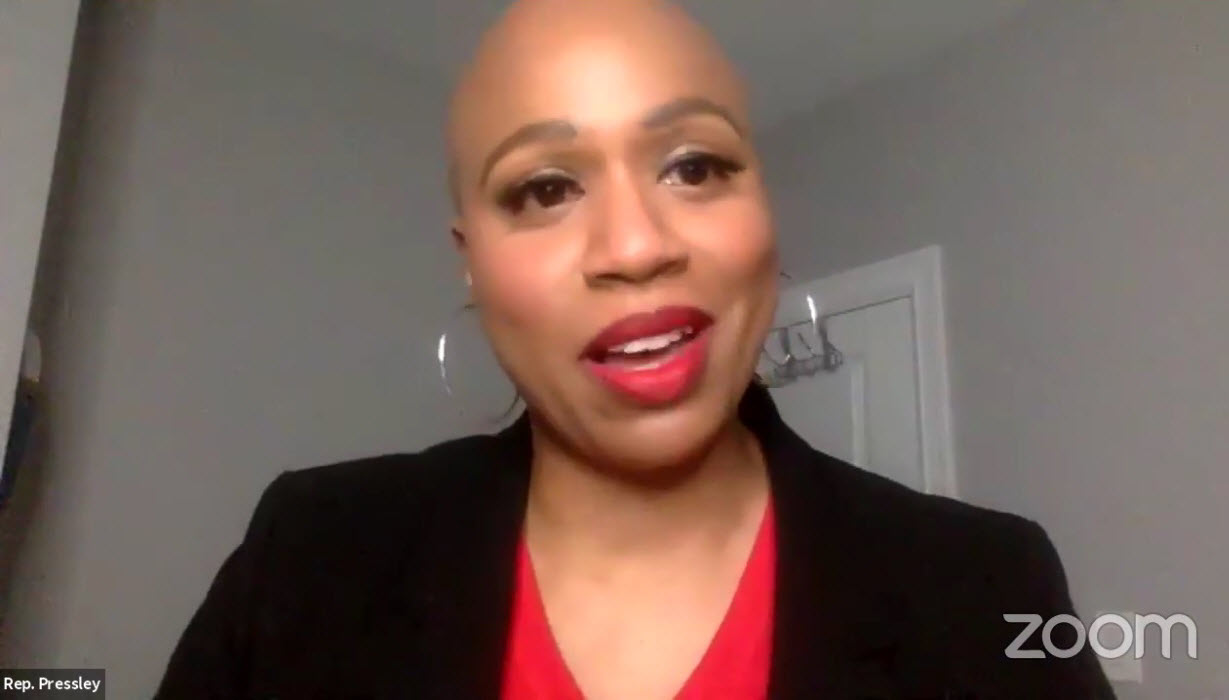 Representative Ayanna Pressley pressed the CDC to release data on racial and ethnic data on COVID-19 which showed tremendous disparities.

“History has shown us that our communities of color disproportionately bear the brunt of all of our nation’s biggest crises in large part because our government has consistently and historically left so many of its people behind,” she said.

She added, “This pandemic has exposed these painful truths, but it didn’t create it.”

Representative Pressley continued, noting that black and brown communities are facing disproportionate rates of COVID-19 infection and death “Because our society has failed to ensure that all of its people have adequate access to health care, decent jobs, decent wages, clean air, clean water, safe and stable homes.

“Just imagine how different our response would have been if we already had universal health care,” she said.  “These are the consequences, of the generations of intentional policies, policies that abandoned our most vulnerable in times of crisis.”

On a more hopeful note, she said, “I have no doubt that we will weather this storm.  We will get through this pandemic.  And we will do it together.”  But she added that “simply making it through is not good enough.  This moment does demand more.  There is no going back to normal.”

She said, “It’s that normal that was insufficient to begin with.” 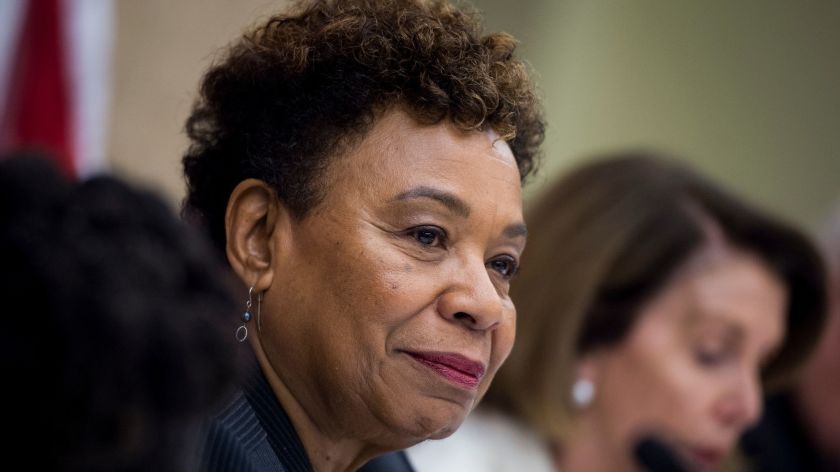 Representative Barbara Lee said that she is working on legislation that would direct $25 billion—mobile units, community health centers, and rapid response testing—into communities of color that have been most impacted by COVID-19.

She noted that they are also trying to get data requirements into all of these bills.

“We are trying to make sure that we have rapid response testing that’s accurate, that’s focused and targeted on where the disparities are the greatest—that’s in black and brown communities,” Representative Lee said, who represents Oakland and Berkeley in Congress.  “We also want to make sure that we provide funding for community-based organizations—faith-based organizations—to provide them health education.”

She said there is so much misinformation out there that they are trying to get resources in order to educate the public on how to protect themselves.

Representative Pressley added that the corporate bail out is a huge part of the problem.

“I’m going to continue to fight for more cash assistance,” she said.  She noted that no one believes “anyone can live off of $1200 for ten weeks.  That’s not enough.  Just to speak to the impact of this corporate bailout, we need a people’s bailout.”

She said, “There are some projections that said if we had not bailed out those big businesses and those corporations we could have given everyone $13,000 – not just a one-time infusion of $1200.”