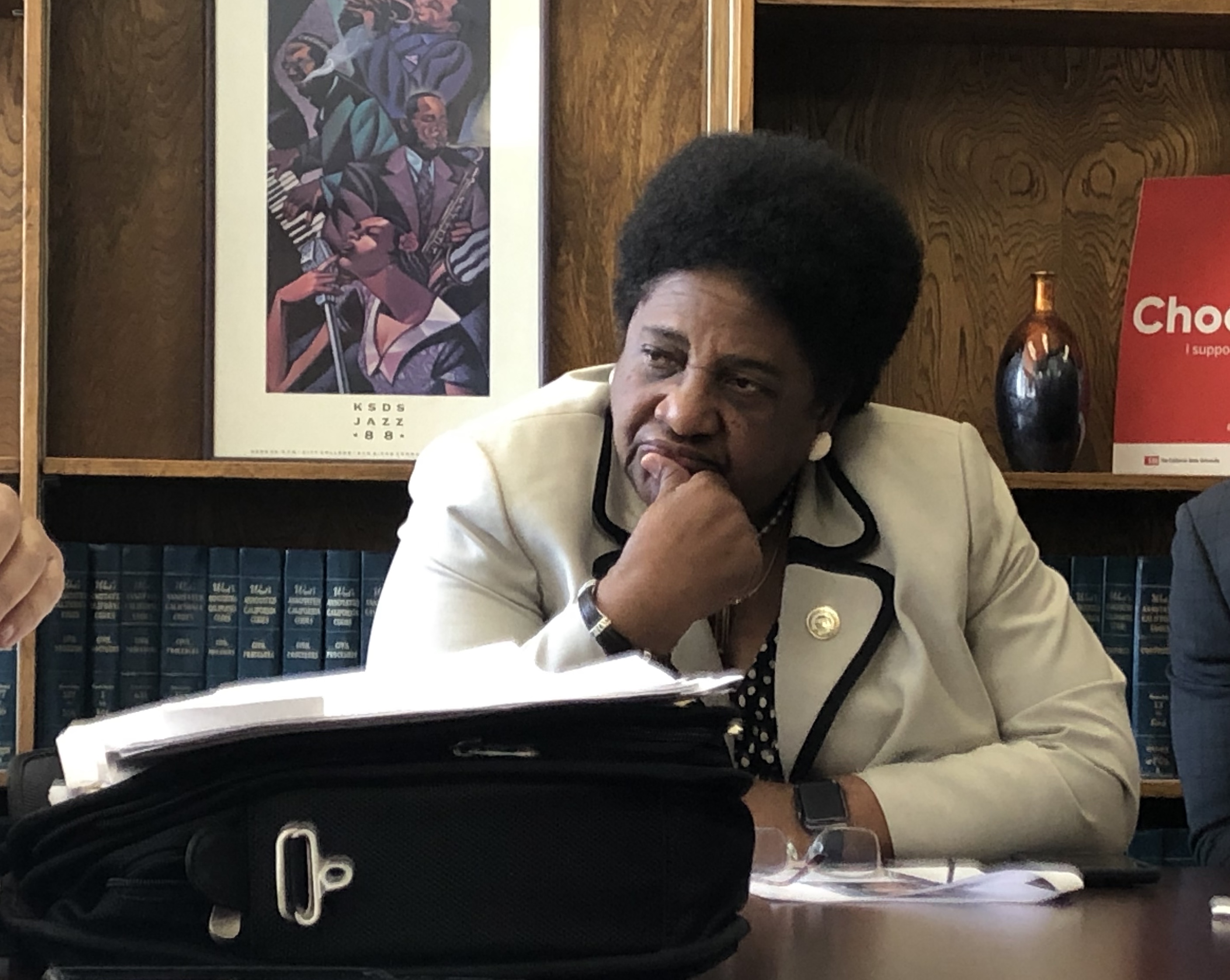 Sacramento, CA – In Assemblymember Shirley Weber’s latest press release, the Assembly Committee on Labor and Employment has passed the AB 2992 legislation through a bipartisan vote, which would provide the victims of violent crimes and families of homicide victims time to recover without fear of job loss and receive expanded unpaid leave.

A study from the University of California, Berkeley, was conducted and found that many parents of homicide victims reported difficulty in returning to work, and more specifically one in four family members quit their jobs or were fired for missing work due to the murder of a loved one. AB 2992: Employment and Bereavement Protections for Survivors, will extend unpaid employment leave protections to all survivors of violence in ensuring that survivors have up to six weeks following a violent crime to recover without risking job loss. Further, the bill will ensure that survivors and their immediate family members who have to leave their jobs are eligible for unemployment. Assemblymember and author of the bill Shirley N. Weber says, “AB 2992 will ensure that all survivors of violence can take limited unpaid time off to secure their safety and that families of murder victims can grieve and deal with the loss of their loved ones.”

The State Director of Crime Survivors for Safety and Justice commissioned a survey in 2013 of crime survivors and found that one in four California survivors had missed work following the crime. Further, two in three of the survivors reported experiencing stress, anxiety, difficulty sleeping, and a strain on relationships and work. Half of the survivors said it took longer than six months to recover after being victimized.

AB 2992 would expand the current provision that prohibits an employer from discharging, discriminating, or retaliating against an employee who is a victim of a crime or abuse, for taking time off work to recover. The bill will also prohibit an employer from taking action against an employee in the case of an unscheduled absence, as long as the victim provides certification that they were receiving services for an injury or if the document is from a victim advocate.

Weber said in her press release, “No employees who have been victims of violent crimes should have to choose between their physical and emotional safety and the financial consequences of losing their jobs.”

The bill will extend protections for the families of murder victims, as well as survivors of domestic violence, stalking, sexual assault, or crimes involving physical injury. The bill will also include protections under California’s Family Rights Act for employees to bury and grieve the death of a loved one and would cover employees who need to care for a sick or injured child up to 25

The current law prohibits an employer with 25 or more employees from discriminating against an employee who is a victim of a violent crime for taking time off work for any specified purposes, including seeking medical attention for injuries caused by the crime. AB 2992 would revise the categories of time off work to include taking time off work to seek medical attention for injuries caused by crime or abuse, to obtain service from prescribed entities, to obtain psychological counseling or mental health services, and to allow the victim to take other actions to increase their safety from further harm.
Crime Survivors for Safety and Justice (CSSJ), one of the leading organizations in California representing victims of crime, is sponsoring the bill. “The fact that survivors of crime and their families have only three days to grieve, process, plan and deal with the impact of unthinkable tragedy before being vulnerable to losing their jobs is unconscionable,” said Tinisch Hollins, California state director for Crime Survivors for Safety and Justice.

In a previous press release, California State Senator Steven Bradford, Co-Author of the AB 2992 Bill, said, “In the aftermath of a crime, survivors often are faced with medical appointments, court dates, a need to find new housing and other significant challenges. Allowing survivors the relief of knowing their jobs are protected if they need to take time off to deal with these types of things plays a major role in allowing survivors and their families to begin to regain stability. Dr. Weber deserves high praise for championing this bill that will help ensure our communities are safer, healthier and more whole.”

Assemblymember Shirley Weber is a Democrat currently representing the 79th Assembly District, which includes areas of San Diego, Chula Vista, and National City, as well as all of Lemon Grove and La Mesa. Her current term ends on Dec. 6, 2020, and she will be running for re-election and is on the ballot in the general election scheduled for November 3, 2020.

Celebrating the news, Weber took to Twitter to celebrate the win, “Asm Labor Committee Passed #AB2992 today on a bipartisan vote! Thanks for your support for giving crime victims and their families the time they need to be safe and recover”. She also thanked the California Safety & Justice organization, Non-Profit Youth ALIVE, and fellow Assembly members Heath Flora, Wendy Carrillo, Tyler Diep, Lorena Gonzalez, Reggie Jones- Sawyer and Luz Rivas.

The bill now moves to the Assembly Committee on Appropriation. Their role is to investigate and study any proposed bills imposing a state-mandated local program. If the bill passes here, then it will be read for the second time on the Floor.