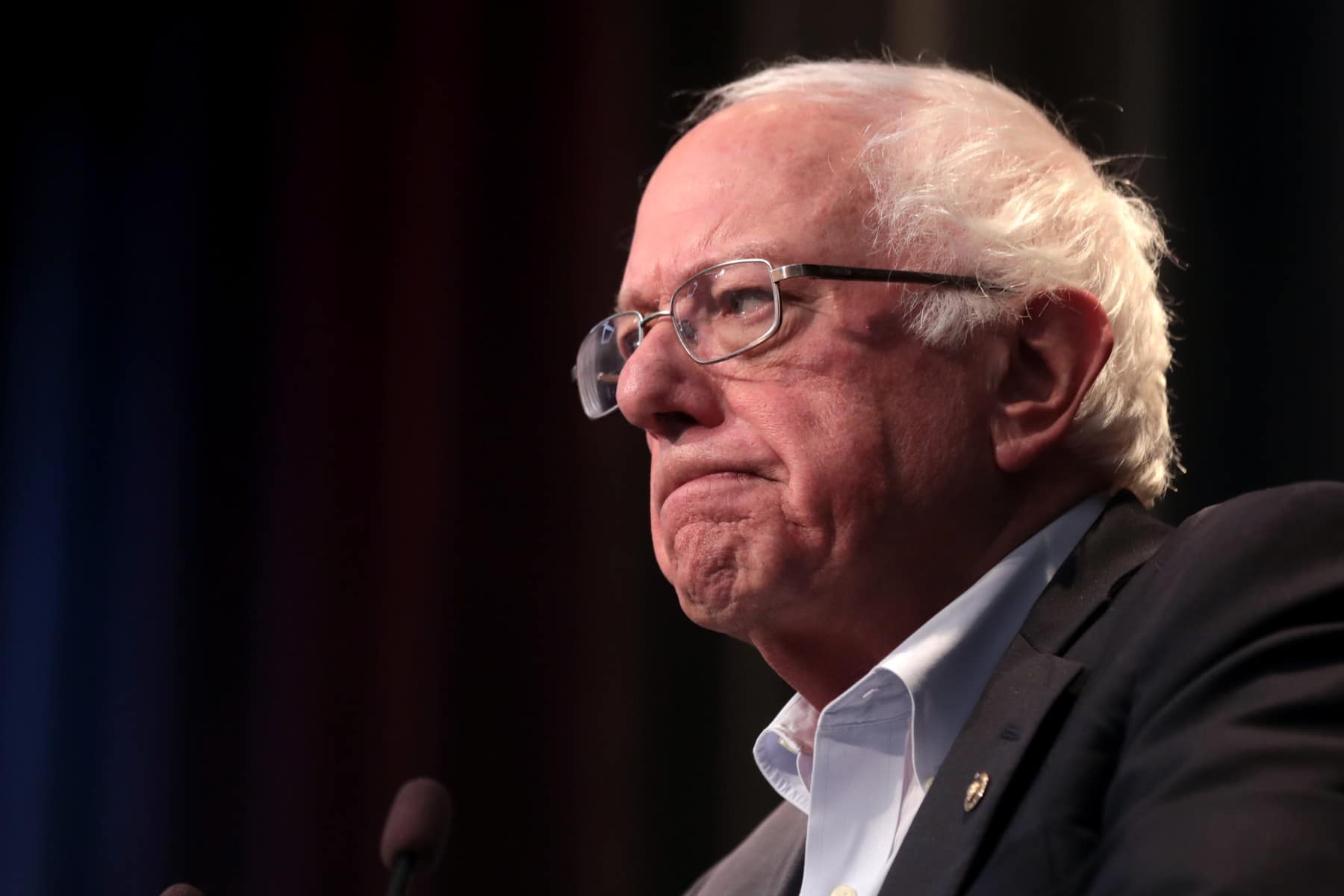 When it comes to candidates for top prosecutor in many of America’s biggest cities, Bernie Sanders’ previous endorsements have foreshadowed some of the most exciting. In 2019, the Senator and erstwhile presidential candidate endorsed Chesa Boudin, a lifelong criminal justice reformer whose parents spent decades in prison, for San Francisco District Attorney. Sanders also endorsed Tiffany Cabán, a young public defender who ran on the boldest, most anti-mass incarceration platform ever seen in a leading DA candidate. While Cabán narrowly lost the race on a recount, she energized the younger voting generations around these elections.

Now, at a time when law enforcement practices in the US are the cause of unprecedented mass protest⁠—and coming off of his disappointing recent contribution to the Biden-Bernie “unity task force” on criminal justice⁠—Sanders has released a slate of 10 endorsements for county prosecutor candidates. All are running as the progressive choice in Democratic primaries for the November 2020 races. Let’s dive into his picks.

In Honolulu and Wayne County (Detroit), Michigan, Sanders backed assistant public defenders Jacquie Esser and Victoria Burton-Harris, respectively. Both of these districts have over one million residents and draconian local justice systems, despite Democratic Party-dominated politics and diverse populations.

In Honolulu, the long-time chief prosecutor, Keith Kaneshiro, opted to not run again due to an FBI corruption probe into his tenure. However, in Detroit, incumbent prosecutor Kym Worthy is well-liked, having gained national praise for her work in working to clear her city’s rape kit backlog. This year’s election will show whether voters are happy enough with her good deeds to overlook the bad⁠—like fighting the exoneration of Devontae Sanford, a then-14-year-old Black boy railroaded for a quadruple homicide he did not commit.

Both Esser and Burton-Harris are running on criminal justice reform platforms that center more holistic and restorative approaches to justice, rather than judging success based on conviction rates and long prison sentences.

In Orange County (Orlando), Florida, State Attorney Aramis Ayala, who sparked a political firestorm when she refused to seek the death penalty for any case, has opted not to run again for the seat. All of the candidates looking to succeed Ayala are running on more conservative platforms and records, with the notable exception of Monique Worrell—a former prosecutor and decarceration advocate who most recently served as the Chief Legal Officer of Meek Mill’s REFORM Alliance. Unsurprisingly, Sanders gave Worrell his nod.

Worrell has previously pushed for less punitive sanctions for probation and parole violations like positive drug screens. One of Worrell’s top opponents, former Orange County Chief Judge Belvin Perry, oversaw the county drug court for years, without acknowledging the limitations of the model. Electorally, Perry will have to address how he was once sued after sexually harassing a subordinate at work.

prosecutor under incumbent David Soares, whose original electoral victory in 2003 came after monetary support from George Soros, a national first. Back then, Soares impressed progressives by calling for the end to the harsh Rockefeller Drug Laws, which mandated long mandatory minimum prison sentences for a variety of nonviolent drug charges.

Fast-forward to 2020, and Soares is a different man, after crusading as the president of the District Attorneys Association of New York to clamp down on modest systemic changes like bail reform. The battle lines for progressives have been drawn.

Gardner ran successfully in 2016 as a reform-minded alternative to Jennifer Joyce, the longest-serving elected prosecutor in the city’s history. Joyce, who today runs a nonprofit that trains prosecutors nationwide on ethics and other matters, had one of the worst prosecutorial misconduct records in her state from 2010 to 2015, according to a controversial report from Harvard Law School. In addition, one of Joyce’s assistant prosecutors, Ambry Nichole Schuessler, was disciplined after she made an offensive joke about a police detective shoving his gun down a suspect’s throat in the interrogation room.

But since Gardner took office as the top law enforcement officer of her city, the local criminal justice establishment has harassed and demeaned her in shocking ways. When Gardner tried to prosecute former Missouri Governor Eric Greitens on charges related to an alleged sexual assault, she apparently began to receive threatening letters calling her the N-word and other slurs. In addition, some of the same police officers Gardner was criminally investigating were given a warrant to scour virtually every email ever sent under her administration. Commentators have noted how Gardner, like other Black women elected to major county DA seats, seems to have been targeted due to her race.

In San Francisco, Gascon was a part of the “first generation” of reform-minded prosecutors, having made steps to tone down the justice system’s harshness toward people accused of low-level, nonviolent crime. While Gascon’s record has flaws—for example, he has a bad (read, nonexistent) track record for prosecuting police shootings—incumbent Jackie Lacey shares those flaws while also embracing the US justice system’s most egregious excesses, such as the death penalty.

Taken as a whole, Sanders’ choices this cycle follow trends set by heavy-hitters in this space, like Soros and King. His picks also show an apparent desire to steer clear of heavily split primaries, especially when multiple candidates are claiming the now-coveted “reformer” status.

Maricopa County, Arizona, the fourth-most populous county in the nation, has a split primary, where both Will Knight and Julie Gunnigle are battling over the progressive lane. Sanders passed over that contest. A similar situation has unfolded in Broward County (Fort Lauderdale), Florida, though candidate Joe Kimok has been most vocal in discussing a desire for decarceration.

Sanders also skipped over some major county prosecutor elections where recent courthouse history is harder to explain in a soundbite. For example, in Pima County (Tucson), Arizona, federal public defender and immigrants’ rights advocate Laura Conover is competing against Jonathan Mosher, who served as the chief deputy prosecutor under long-time County Attorney Barbara LaWall (and accepted her endorsement).

Despite her scorched-earth approach to the job, LaWall, a Democrat, has enjoyed a positive though understated media profile, while ascending to significant prominence within the National District Attorneys Association. But beneath praise for her administration and non-topical endorsements from mainstay liberal organizations like Planned Parenthood’s political arm, the fact remains that LaWall was an unethical, win-at-all-costs DA.

Nothing shows this more starkly than her own words in a previously unpublished 2016 letter, where LaWall attempted to coerce the American Bar Association into suppressing a report that discussed how she tried to block the high-profile exoneration of Louis Taylor. Taylor, a Black man, was convicted of the 1970 Pioneer Hotel fire hotel that caused 28 deaths. Prosecution experts used arson “science” that was later discovered to have no scientific validity. One witness even told the jury that “Black boys like to start fires.” Taylor was only 16 at the time, and ended up serving over 40 years in prison based on “science” later discovered to be quackery.

LaWall’s sins are not necessarily Mosher’s own, but the lack of national attention to the race means that it falls to local journalists to vet candidates’ fitness for the job. And local reporters are disincentivized to do so, since they receive story leads from the DA’s office, and DAs are known to retaliate against reporters who hold them accountable.

Despite the omissions and tactical silences of Sanders’ list, the idea of a credible presidential candidate validating and even participating in a swelling movement to hold bad prosecutors accountable is nothing to shake a stick at. If it becomes more commonplace as a result of Sanders’ trailblazing, his contribution will have been significant. Because given mass incarceration’s breakdown in the United States, a focus on the politics that shape local justice systems remains the most expedient way to end it.