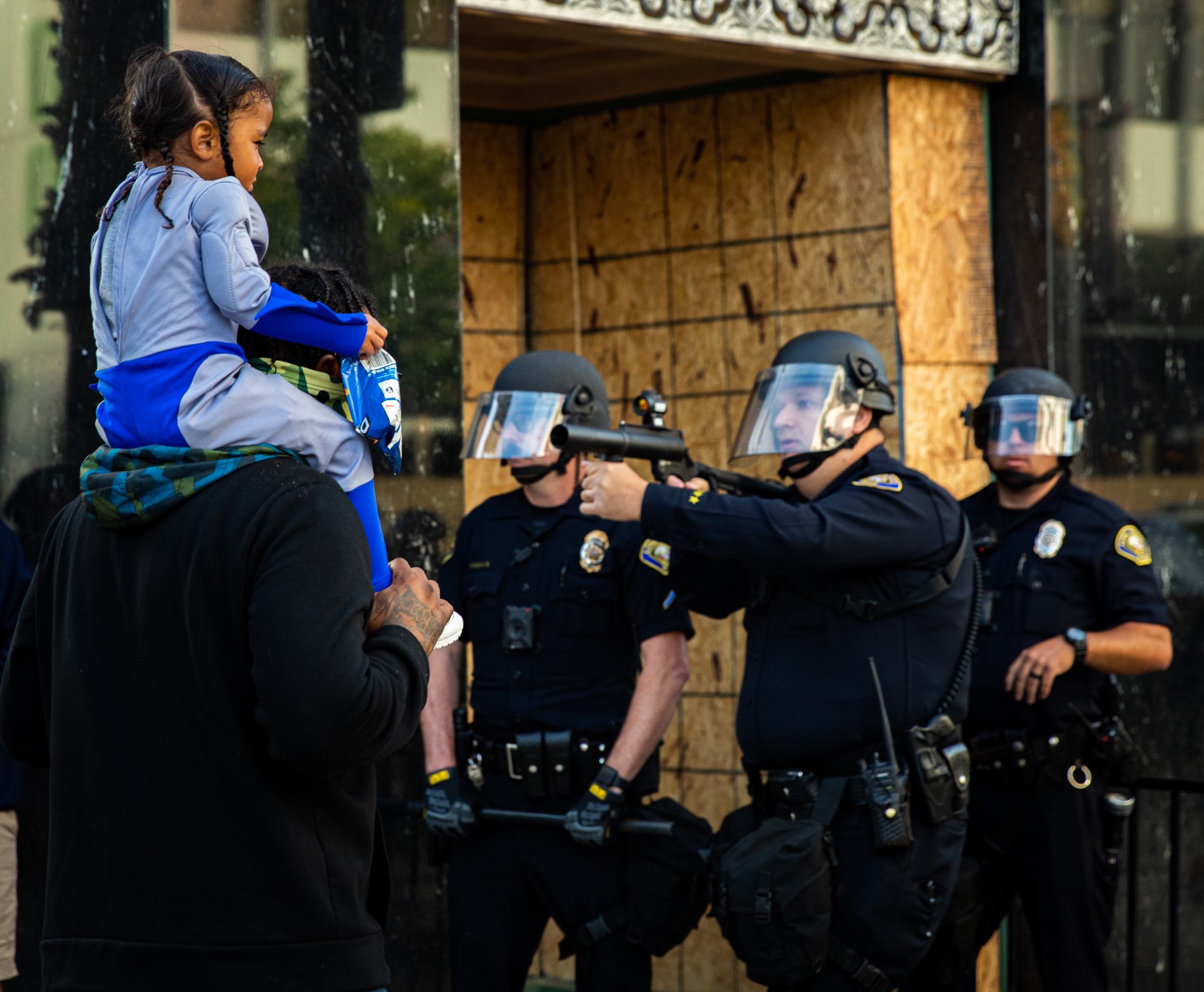 Many of the incidents have been recorded and shared on Twitter to show the harmful actions of police on their effects on protesters during the protests.

One of the videos that was shared showed officers beating Kendrick Sampson, an actor from Vampire Diaries, The Flash, How To Get Away With Murder and HBO’s Insecure.

Then once they're done beating him, the baton cops back away so another cop can shoot him at close range

He said he was hit four times by rubber bullets and then beaten by police Los Angeles Police Dept. officers with batons. Before LAPD got involved, he said it was a peaceful protest.

“Y’all ain’t see no police f—ing up white folks when they took guns to the statehouse,” the actor told news media, referring to an incident in Michigan over coronavirus restrictions, not in California.

“Y’all didn’t see police attacking white folks, beating ‘em up with batons, shooting them with rubber bullets when they brought guns to f—ing state houses. We came up here with no weapons, with masks.… And we’re the ones who are not peaceful,” he said.

1️⃣2️⃣3️⃣ Los Angeles, CA: LAPD officers beat the sh*t out of several unarmed peaceful protestors for sport, while other cops in the pack shoot them at close range

One video showed police officers injuring a U.S. Marine Corps (USMC) veteran because they shot at him for fun. The USMC veteran took a video from his hospital bed and explained he has a brain bleed and is in the hospital trying to recover from his injuries.

He seemingly jokingly said, “if I don’t respond it’s because I’m so tired and trying to recover.”

LAPD officers have also been making use of tear gas and tear gas canisters to punish protesters.

1️⃣0️⃣9️⃣ Nationwide: a compilation of at least 100 known attacks by police on reporters, compiled by @NiemanLab https://t.co/NnMF2uaKTS

A picture that was shared shows an officer pointing a tear gas canister at a man at very close range, with less than a foot in between them. The man also had a child on his shoulders, which the officer could clearly see, but it didn’t stop him from lining up the man and child in his sights.

Another video shows officers shooting at men who were yards away from them. The men were just standing and talking, not doing anything to harm anyone, posing no threat to the police, or even peacefully protesting. They were just talking. For no reason, other than for seemed to be fun, police started to shoot at them.

Not only have officers been beating and shooting at peaceful protesters, but they also arrested Black store owners who called the police for help because their store was looted.

1️⃣4️⃣8️⃣ Los Angeles, CA: police open fire for sport on two guys standing still yards away having a conversation with each other

The video shows the store owners being pushed against a wall and being handcuffed because they asked for help after their store was looted.

(The police do not exist to serve and protect you. They exist to maintain our caste system.)