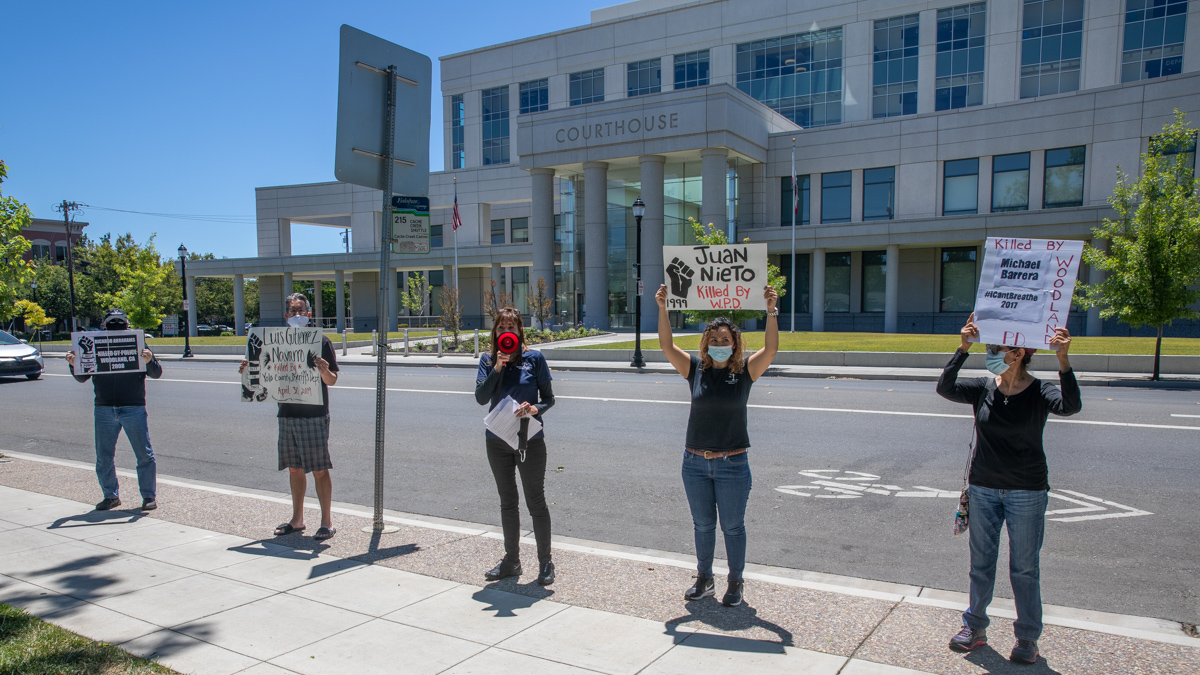 For eight minutes and 46 seconds Yolo County Public Defender Tracie Olson read out the names of victims of police killings.  When the time elapsed, she reminded her colleagues and community members who had gathered for a nationwide event that this was how long George Floyd was held down by Officer Derek Chauvin as he fought for his life—but also reminded them that she had not come close to exhausting the list of names.

“The Yolo County Public Defender’s office is here because as Public Defenders we bear witness every day to the injustices that happen to our clients,” Tracie Olson said.  “Especially our black clients.”

All across the nation public defenders came together on Monday in solidarity “to say this has to stop.

Joining the list of recognizable state and national names were some local names. 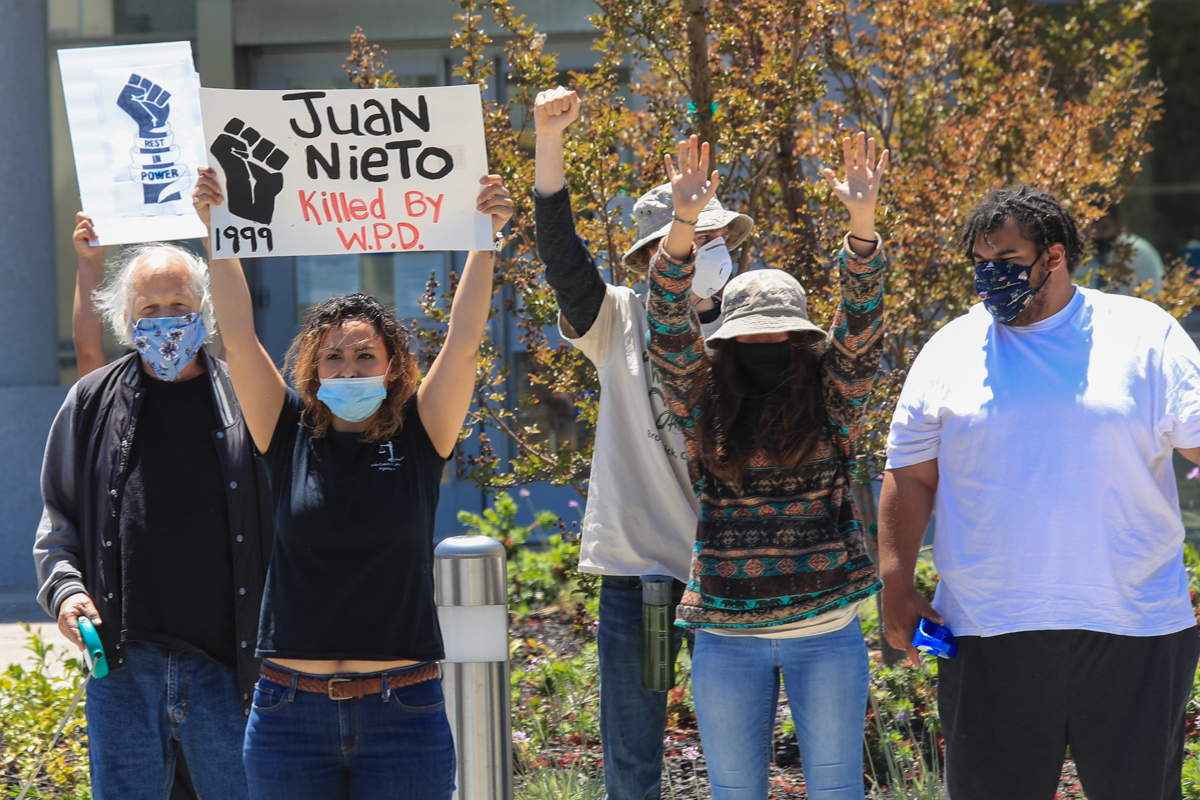 Juan Nieto died in 1999 in Woodland while police took him into custody.  He was chased down by officers attempting to arrest him for allegedly buying alcohol for two underage police decoys at a convenience store.

His family claimed he was clubbed and kicked by officers while he offered no resistance, and that they turned a dog loose on him after he had given up.

Ricardo Abrahams died after police were called to Safe Harbor, where he was hit by \Ttasers and died of asphyxiation.  Abrahams, 44, a law student and intern at the Yolo County District Attorney’s office, was in the midst of a mental breakdown when he walked away from the voluntary treatment center in Woodland.  The coroner said Abrahams died of “positional asphyxia.”

Luis Gutierrez in 2009 was pursued by undercover Yolo Gang Task Force members who claimed he had a knife, and was gunned down in Woodland on the Gum Ave. overpass in the middle the day. 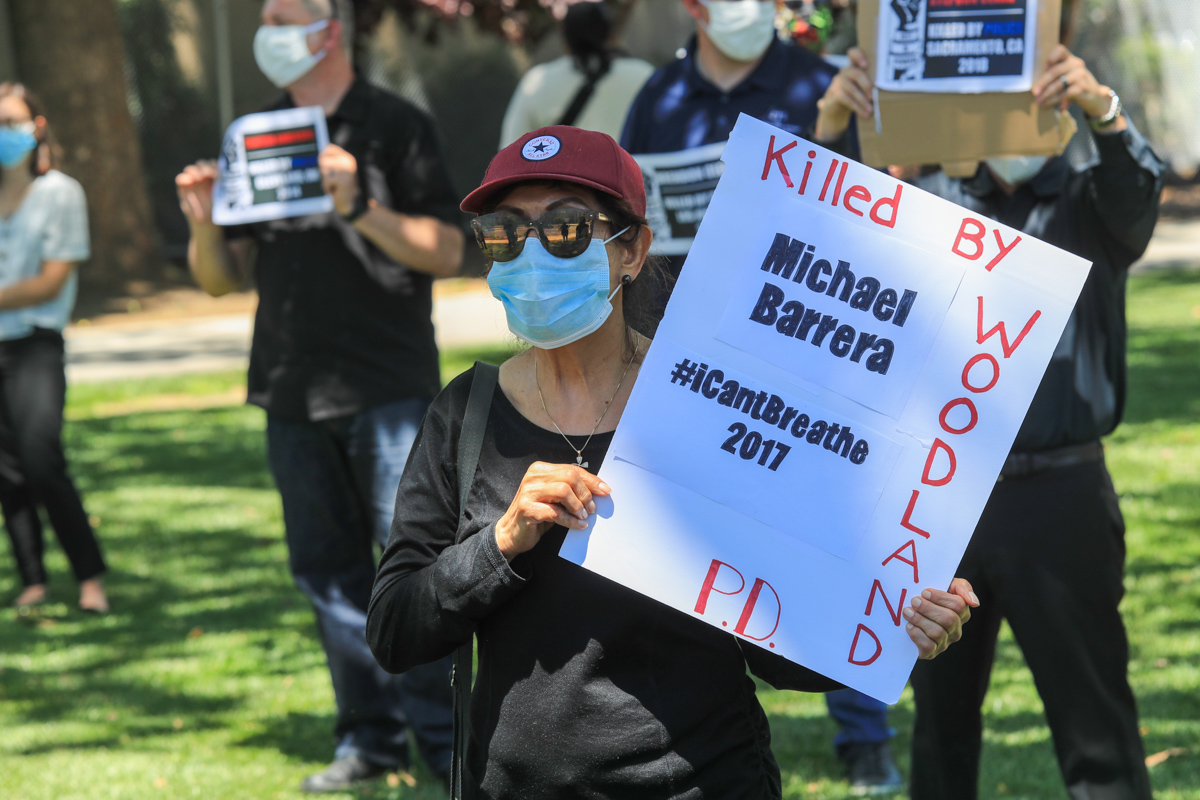 Michael Barrera died in 2017 after police Tasered him and ignored pleas that he could not breathe.  Police were cleared in the death, but his family believes that the matter was improperly handled.

Earlier this year, Ernesto Galvan died 15 years after being Tasered and repeatedly beaten by police in an incident late at night in West Sacramento.  The beating left him with indentations in his skull and suffering from delusions.  He finally succumbed to the injuries years later.

Tracie Olson told the Vanguard, “In order to make lasting change, we have to think about how to decrease the presence of police officers in people’s lives, how to hold police officers accountable when they cross the line, and how to increase the safety net services available to our community members.”

Tracie Olson in her speech on Monday afternoon noted the history of police violence and its link to civil unrest.  In 1965, a traffic stop in Watts let to the Watts Riots.

In 1991, Rodney King was beaten by police officers.  “We all saw those tapes,” she said.  “We know what those officers did and they were acquitted.”

In 2014, she noted Ferguson had violence and looting “because unarmed Michael Brown was shot and killed by a police officer.”

In 2018, Stephon Clark was killed by Sacramento police, shot eight times “when he was holding a cell phone in his grandparents’ backyard, for the supposed crime of breaking windows.”

She said when the protests are down, we need to “make sure there are reforms.”  She said, “Make sure that we aren’t pretending to make reforms, but we’re actually making them.” 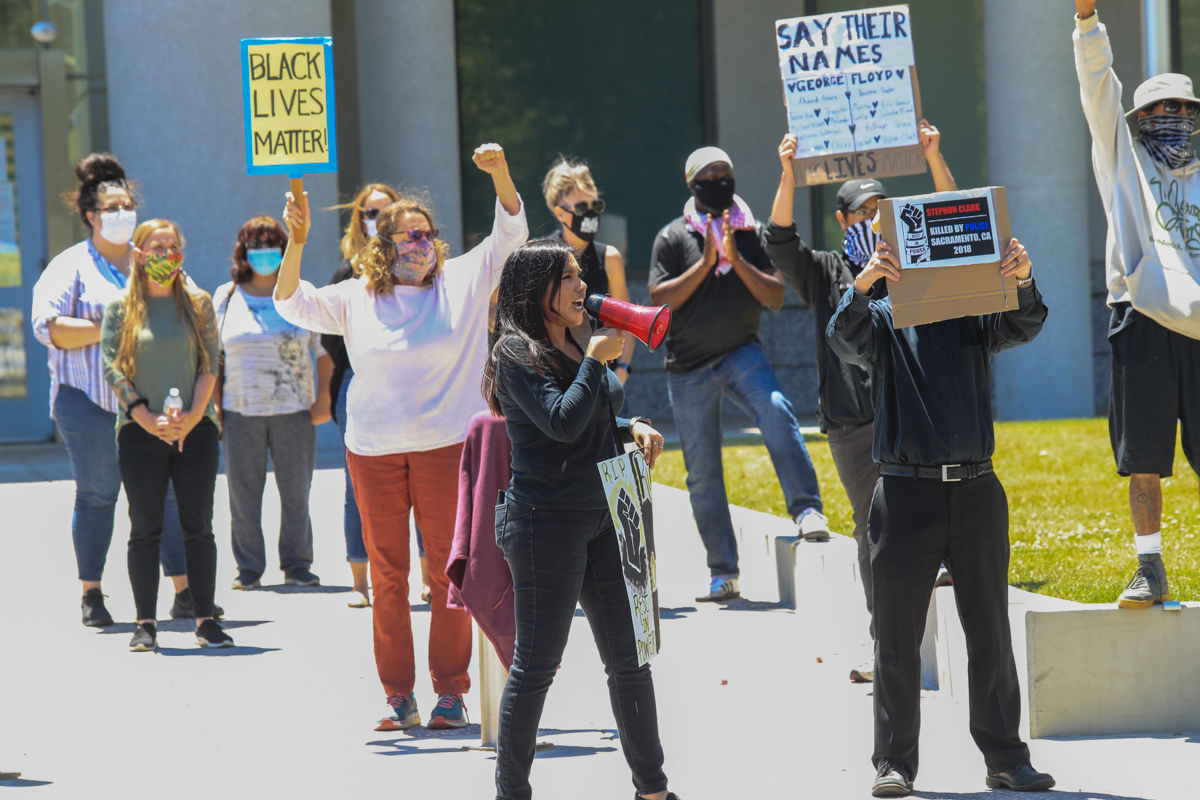 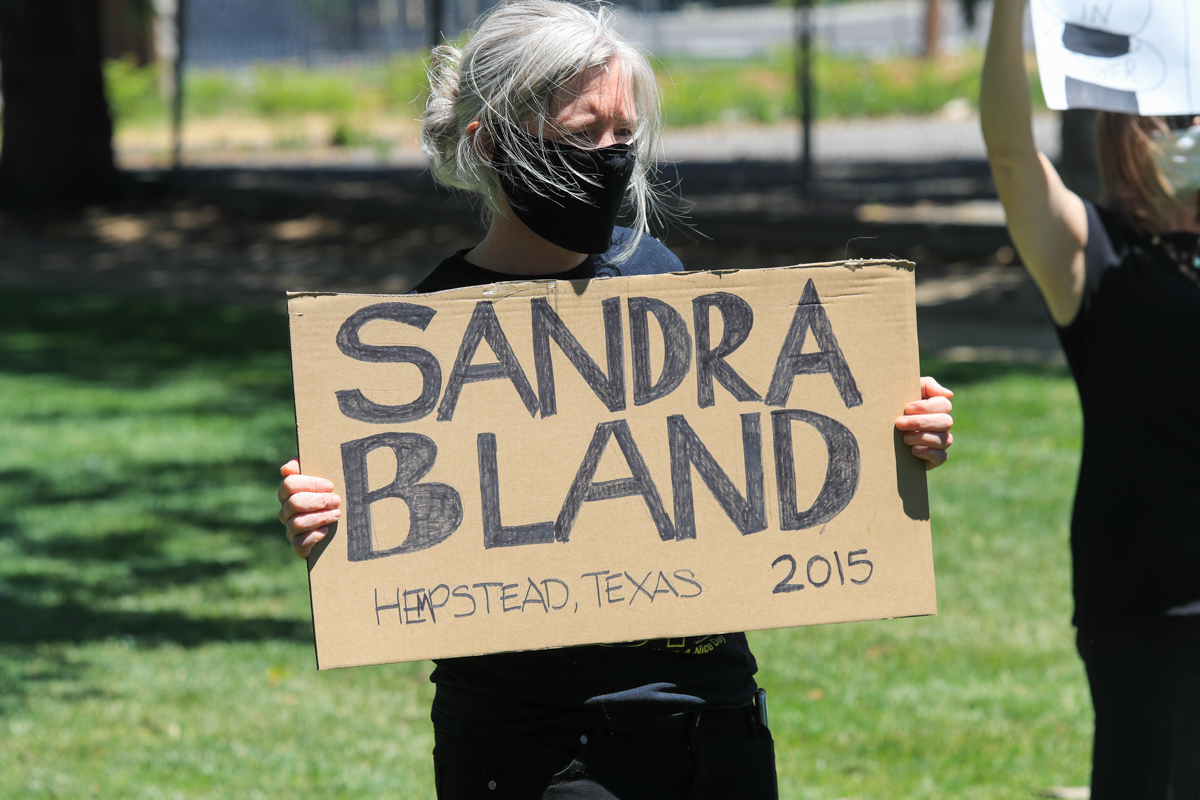 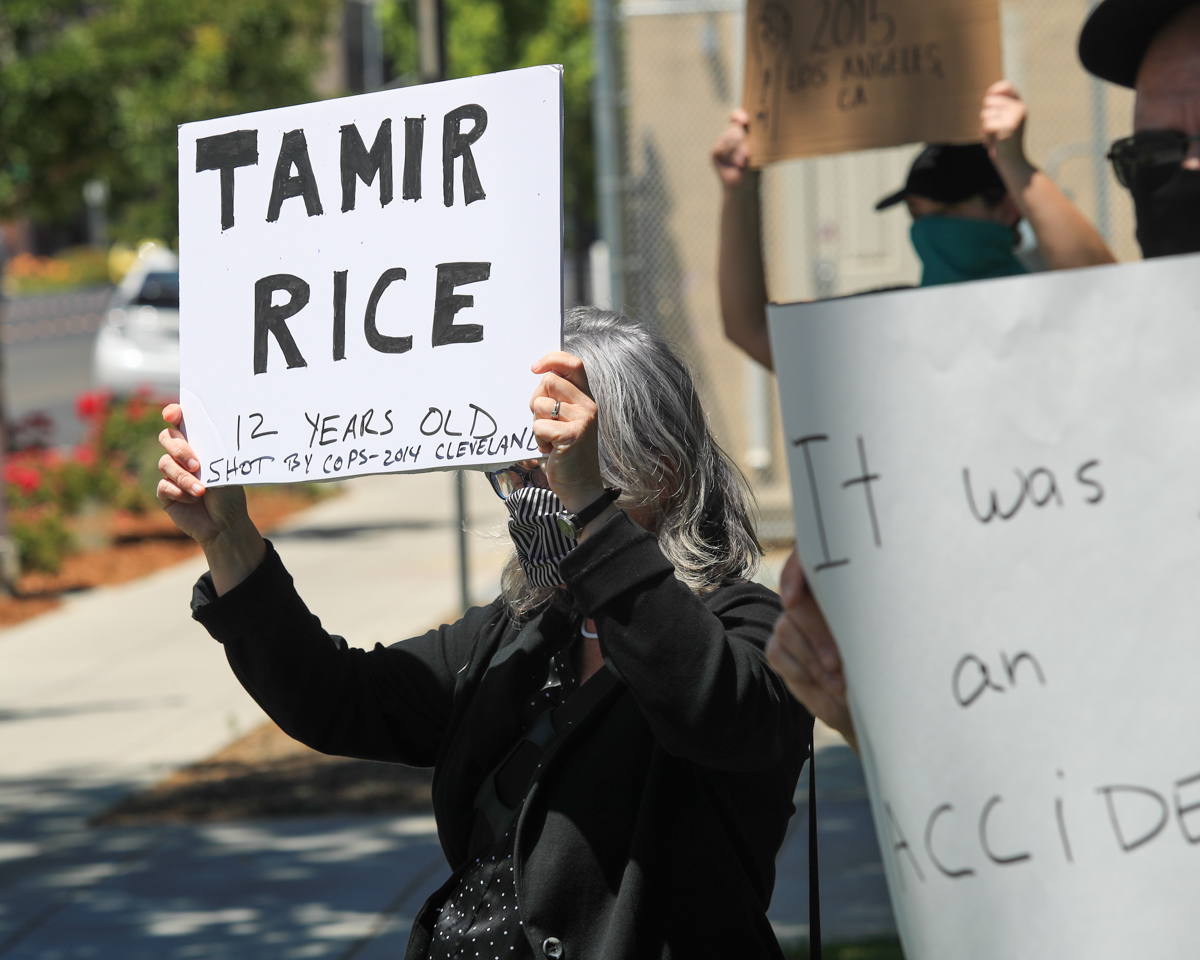 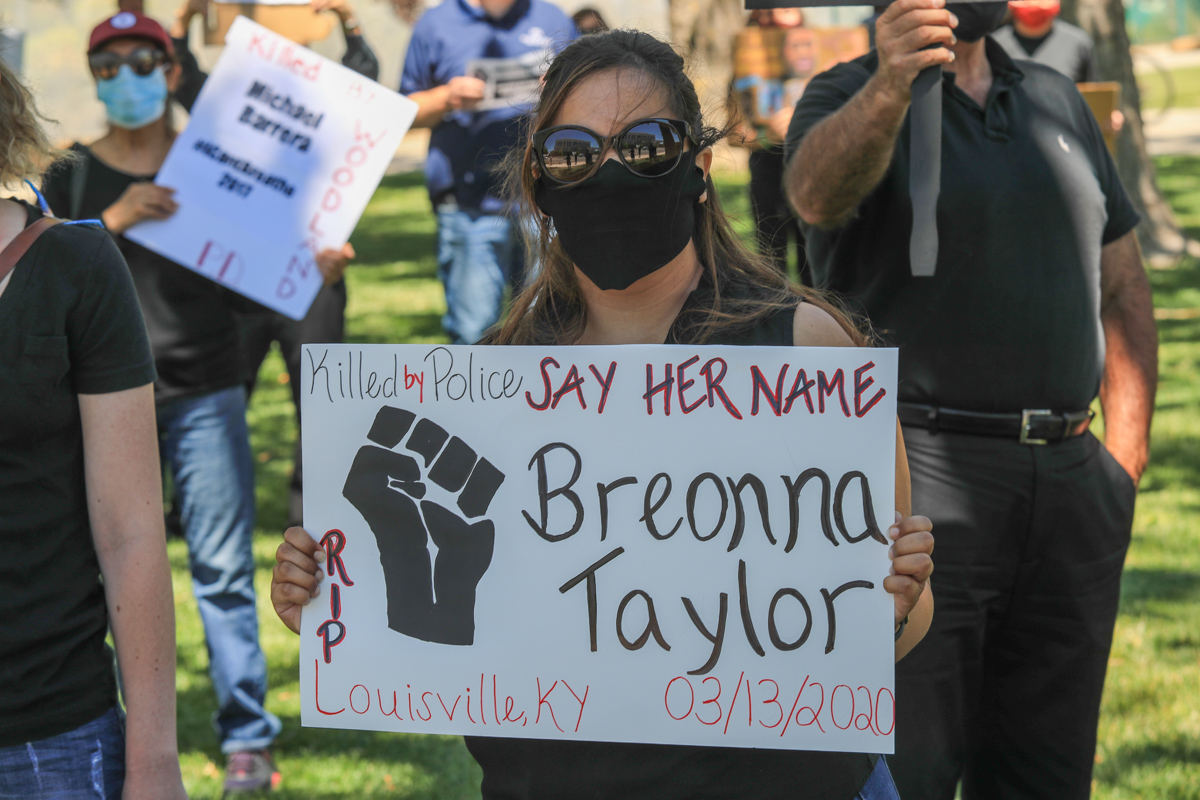 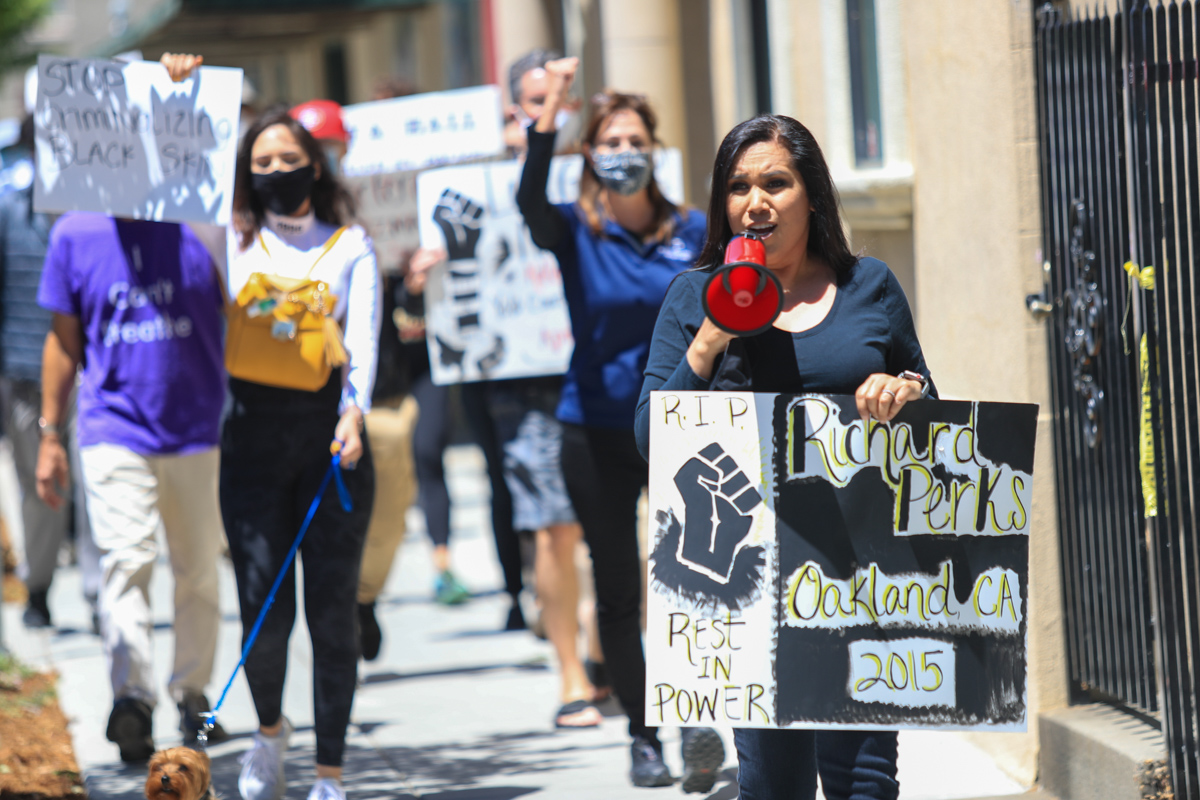 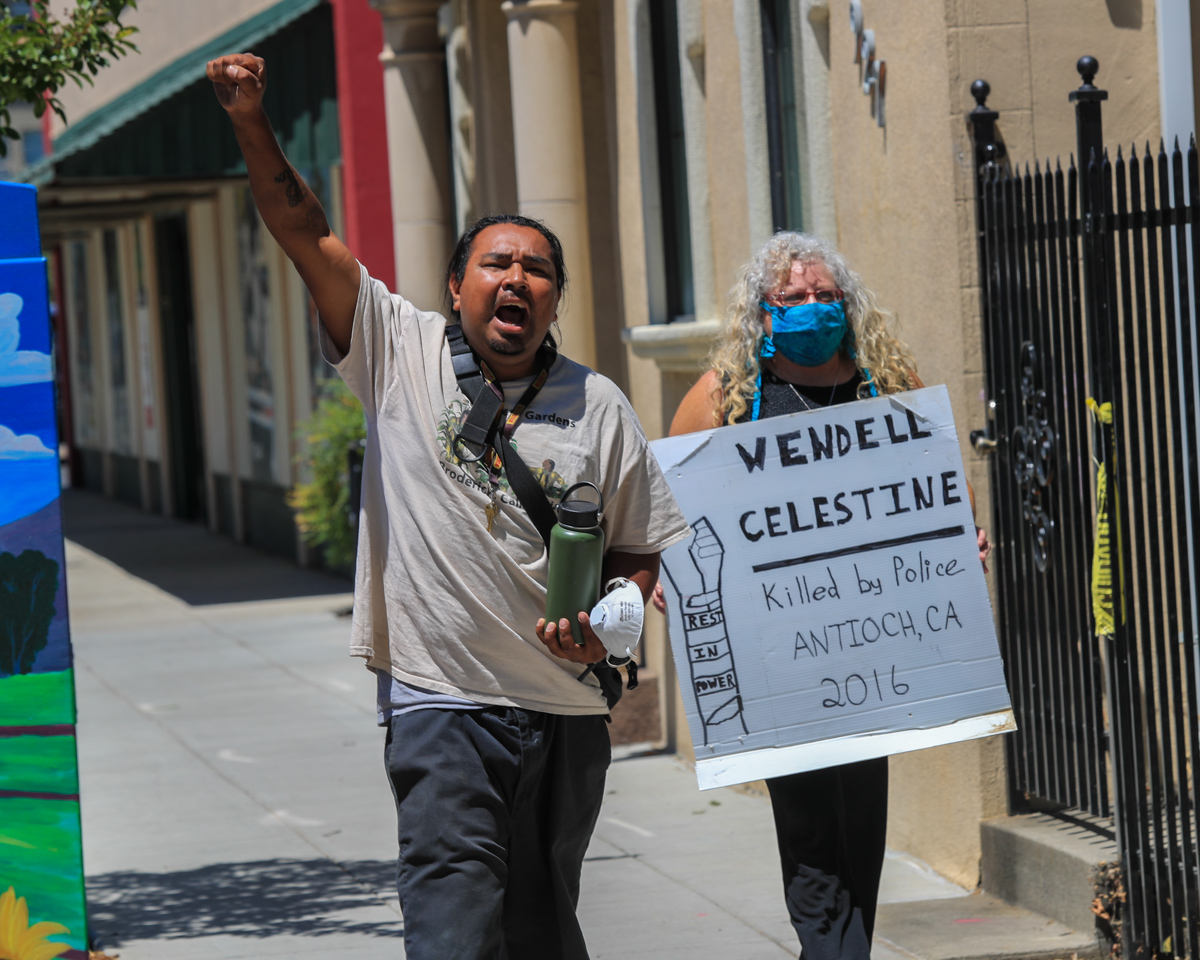 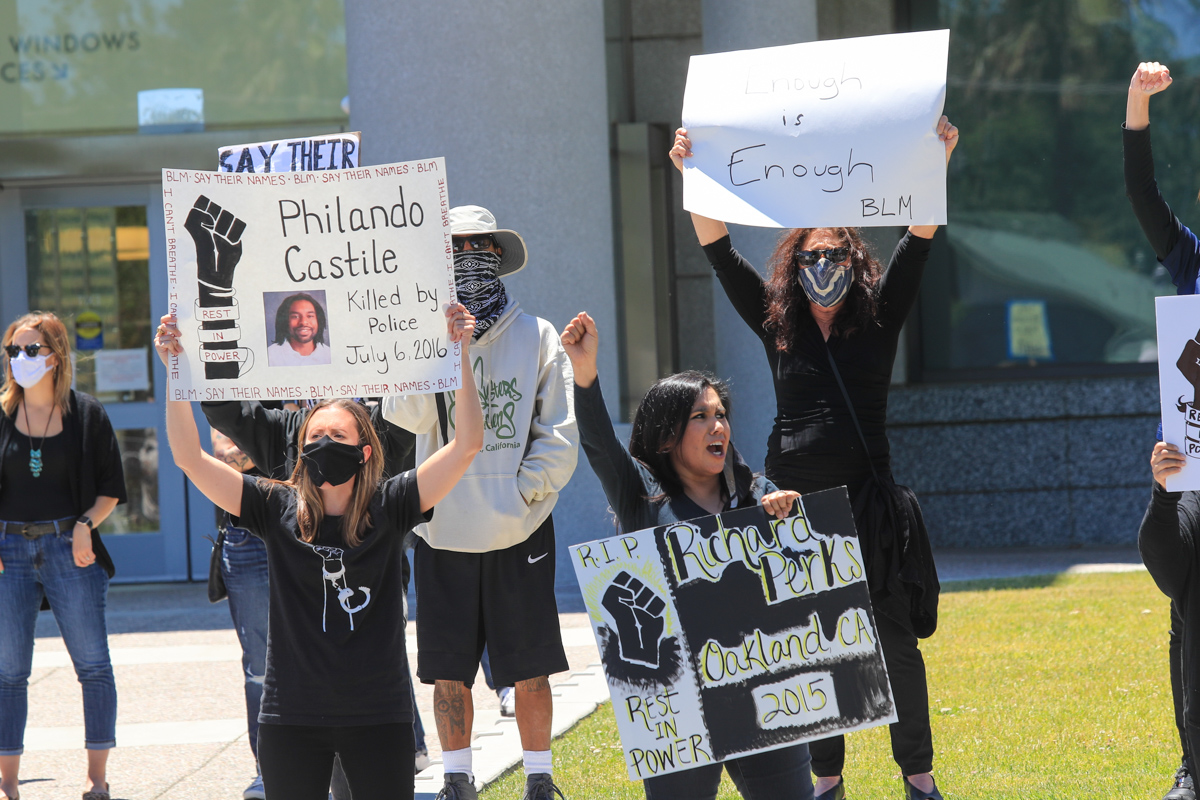