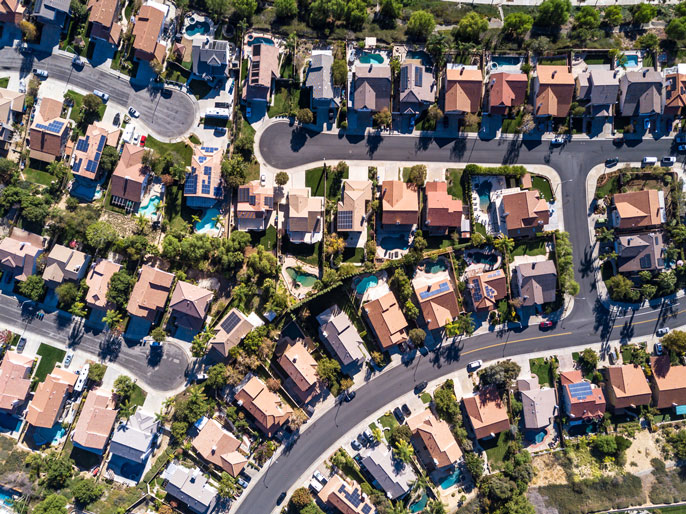 A provocative Politico article that came out this week, entitled “Trump Doesn’t Understand Today’s Suburbs—And Neither Do You.”  But this isn’t about Trump—it’s about us.

As the article notes, “Suburbs are getting more diverse, but that doesn’t mean they’re woke. Thomas Sugrue says if you want to understand where American politics is going, look how suburban whites are sorting themselves out.”

While Thomas Sugrue, director of metro studies at NYU points out, “Trump has misread the reality of today’s suburbs,” he argues “most of the rest of us have, too.”

What he argues is, “It’s not simply that suburban America is increasingly diverse, nor that a majority of Black Americans live in the suburbs, nor even that a majority of new immigrants settle in suburbs, not cities. Instead, it’s that America’s suburbs are ground zero for a major schism among white suburbanites — one remaking the electoral map before our eyes, and revealing why that old suburban playbook just doesn’t work anymore.

“We’re seeing a suburban political divide quite different from the one that played out after World War II, when well-to-do, middle-class and even some working-class whites living in suburbia found common ground by looking through their rearview mirrors with horror at the cities they were fleeing,” says Sugrue.

Another time, we will talk about the national implications of this.  But I want to discuss Davis—because it remains a curious study.  Fifteen years ago when I started getting active, Davis was an upper class white community.  It was nominally liberal.

But the history of Davis has been contentious, in part because of the battle between different forces—university versus town.  Progressive in the form of environmentalism, but also slow growth and exclusive.

The Vanguard in July 2006 emerged because of this duality.  This is a city that, two years after it shut down its Human Relations Commission (temporarily) due to advocacy for police oversight, turned around and by overwhelming numbers supported Barack Obama in his bid to become the first Black president in America.

Davis has progressed a lot in 15 years.  We have seen the installation of that same civilian police oversight body in 2018 that caused the HRC to be shut down in 2006.  We saw over 1000 people marching for Black Lives in June.  We saw 2000 people sign a petition to put the school board’s appointment on the ballot because they appointed another white person to the board.

On the other hand, Blacks in Davis are four times more likely to be stopped by police than whites, continuing the trend from 15 years earlier and the common complaint among Black people especially of being pulled over for DWB (Driving while Black or Brown).  Meanwhile, as cities across the country have placed “Black Lives Matter” on their streets, Davis had to recently remove theirs when others wanted to put contrary messages.

But, as the Politico article notes, perhaps the big issues are on the land use front.

It turns out Davis is not alone in this regard.

“White liberal suburbanites have played a critical role in the process of housing segregation and the resistance to low-income housing,” says Sugrue. “We can’t just think about it as torch-bearing angry white supremacists. If they were the only obstacles to equality in suburban housing, we would have come a lot farther than we have.”

Here Sugrue notes, “In modern American history, race and class have been fundamentally intertwined. It’s impossible to understand economic inequality and how it plays out without understanding its racial dimensions.”

He continues: “Race became, for many Americans, an easy marker for class, and class often became a way to obscure the racial dynamics at play in shaping housing markets. And along with that goes a rhetoric of colorblindness shared by many white Americans, regardless of their political orientation: ‘I don’t see people by the color of their skin,’ or ‘I would have anybody be my neighbor — red, white, black, yellow or purple.’ I can’t tell you how many times I’ve heard that as a way of professing supposed indifference to race.”

But this point is critical: “White liberal suburbanites have played a critical role in the process of housing segregation and the resistance to low-income housing.”

This is the original critique of the Vanguard—the dark underbelly of Davis, if you will.  We think of racism and white supremacists, but what we don’t think about is “obstacles to equality in suburban housing” and the upper middle class white liberal communities.  As Mayor Gloria Partida has pointed out, some of the most progressive communities are the most racially segregated.

Sugrue points out that “one area of really important bipartisan convergence is the politics of homeownership — the notion that property values need to be protected and, in particular, the politics of NIMBY, or ‘not in my backyard.’”

He argues that “there are liberals who profess to be progressive on matters of race — who profess and support the idea of a racially diverse society, who say that they would like their children to go to racially mixed schools — but when it comes to the questions of changing the landscape of their neighborhoods or changing the color of their neighbors or their kids’ school classmates, these folks start to sound a lot like conservatives, even if they’re ostensibly liberals.”

This, he argues, manifests itself in “significant opposition to the construction of multifamily housing.”

He argues that “it’s not even couched in the rhetoric of class.”

It’s not, “I don’t want multifamily housing in my neighborhood because I don’t want lower-class people living here.”

122 thoughts on “Monday Morning Thoughts: We Resemble This Politico Article – the Clash of Suburbs, Housing and Race”