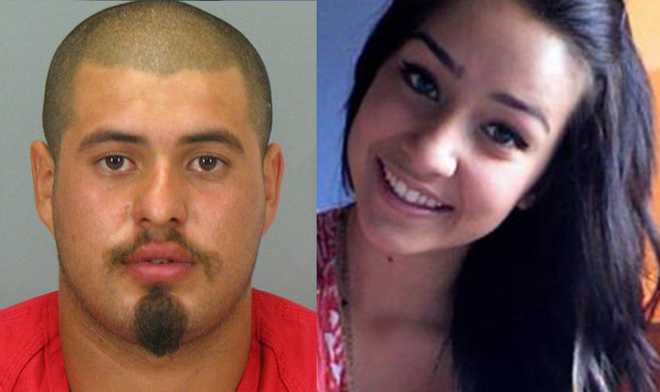 SANTA CLARA – More than five years after Morgan Hill teenager Sierra LaMar went missing in 2012, Antolin Garcia-Torres was sentenced to life in prison without the possibility of parole on June 5, 2017.

The case started when Sierra went missing on her way to a bus stop in 2012. The jeans that she was wearing were found stuffed in a bag a few miles away from her home. Along with Sierra’s DNA on her clothing, investigators discovered DNA belonging to Antolin Garcia-Torres. After this discovery, the Santa Clara Sheriff’s Deputies arrested Garcia-Torres.

Later, it was revealed that Garcia-Torres could have been connected to at least one of the three Taser assaults and attempted kidnappings in the Safeway parking lot where he used to work. These three instances all happened in 2009. But the reason that his DNA was in the system was due to a prior arrest for a separate 2009 felony assault, for which he was never prosecuted.

obstruction of a police officer, vandalism of a jailhouse cell, and having sexual intercourse with a minor.

But despite his past and his DNA on Sierra’s clothing, Garcia-Torres pled not guilty in February 2014.

Up until that point, Sierra’s body had not been found. Due to this, legal analyst Steven Clark stated, “Until Sierra’s body is found, [the defense] may take the approach that the DA hasn’t even proved that she’s deceased… And then [the DA has] to associate and prove that Mr. Garcia-Torres is the one who killed her.”

In May 2014, Santa Clara County DA Jeff Rosen announced that he would be seeking the death penalty for Garcia-Torres. But, that came with consequences.

“‘[There’ve] been instances like J.C. Dugard and Elizabeth Smart who were presumed to be dead but were later found alive. And you can believe that the defense is going to hammer that, and they’re going to say that the DA’s office is overreaching here. If there’s a death verdict, that’s a verdict that can never be fixed,” Clark said.

The trial was originally set to start on April 25, 2016, but was pushed back to January 2017. The search for Sierra’s body continued, with no luck.

With no body, no crime scene, and no weapon, the prosecution relied heavily on Garcia-Torres’ DNA.

However, the defense argued that “sloppy preservation from investigators led to cross-contamination.” If the DNA evidence was faulty, then the DA would have no case. But during the testimonies of the deputies in charge of the DNA evidence, they spoke against the defense’s accusations.

“As part of [the process to handle evidence], a deputy explained how he would change latex gloves each time he touched the contents of a bag that contained Sierra’s sweatshirt, jeans, and schoolbooks.”

During closing arguments, the defense also attempted to portray Sierra as a “distraught teenager, unhappy at home who ran away and could still be alive.” But the prosecution argued Sierra had no hidden life and that it was “unreasonable to think [that she] would run away without telling friends or connecting on social media.”

And after a five-month jury trial and more than five years after Sierra’s disappearance, the jury found Garcia-Torres guilty. He was also charged and found guilty on three additional counts for the attempted kidnapping charges in 2009.

After the guilty conviction, the jury also had to decide if Garcia-Torres should get the death penalty or spend the rest of his life in prison.

Garcia-Torres’ mother, Laura Torres, also gave a statement, giving more insight into Garcia-Torres’ family history and him as a person.

Gabriel Hernandez, Garcia-Torres’ father, had a history of alcoholism and physically and sexually abusing his family members. He is currently serving a life sentence for sexually abusing a female relative from age 5 to 14. Garcia-Torres witnessed and experienced abuse from his father starting from a young age, which may be seen as “grounds for sympathy or as the pathological root of his criminality.”

Despite his criminal history, Torres described her son as a “loving and responsible son who took on a protective role in the family after his older brother Benny was lost to drugs, jail, deportation, and eventually death.”

The defense added that Garcia-Torres’ family history and his potential exposure to pesticides when he was younger could have had negative effects on his brain growth.

And although the jury found Garcia-Torres guilty, they recommended life in prison without parole.

This came as a surprise to the LaMar family and the Santa Clara District Attorney. In a statement during a press conference, Sierra’s father, Steve LaMar stated, “I would be lying if I didn’t say I am disappointed in the verdict. He’ll be able to live, Sierra won’t. He’ll be able to breathe. Sierra doesn’t. He’ll be able to eat every day, see his family, and we don’t have that. The crime I thought deserved the maximum sentence, not the minimum.”

Garcia-Torres is still serving out his sentence in prison, with no attempts to overturn his convictions, as of yet.

And, to this day, Sierra’s body, the murder weapon, and the crime scene have not been found.