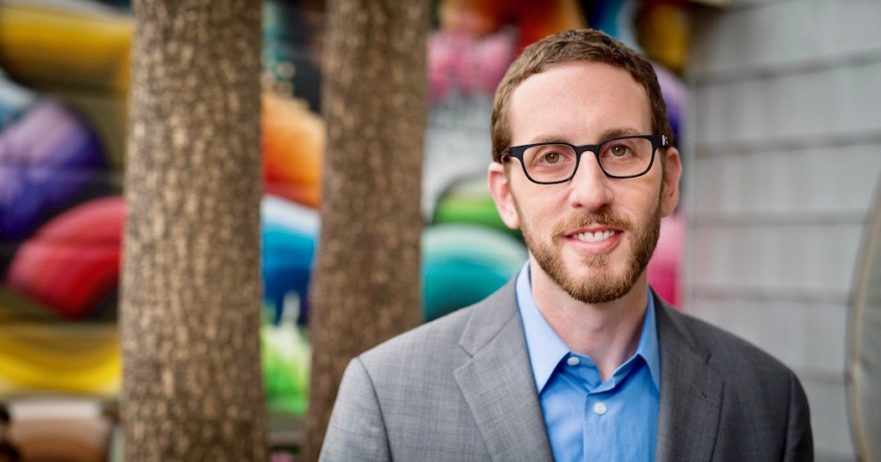 SACRAMENTO – Senator Scott Wiener introduced SB 145 in January 2020, proposing that all forms of intercourse be treated equally to end discrimination against LGBT people. The legislation has been endorsed by Quality California, California Coalition Against Sexual Assault, and law enforcement.

For that, Wiener says he’s had death threats.

SB 145 does not change what statutory rape is or what the punishment is; rather it allows more accommodation for a judge to appeal to the case to see if the offender is to be added to the registry, said Wiener, who reveals he’s received death threats and harassment online, many deriving from QAnon, a pro-Trump conspiracy theory party.

“People have threatened to decapitate my head and send me to my mother,” Wiener said. “They identified this bill and started saying this was about protecting pedophiles which it is not. We are going to do whatever we can to help these kids and make sure we are not criminalizing them and destroying their lives,”

Currently, those aged 14 and over, with a partner within 10 years of age, that have consensual vaginal intercourse do not require the offender to immediately be on the sex offender registration. The judge is able to examine the case and assess the relationship.

However, if the two parties had any other forms of intercourse—anal, oral—the offender automatically goes onto the sex offender list. For example, if a 20-year-old man had vaginal

intercourse with his 17-year-old girlfriend, he is guilty of the crime but is not required to register as sex offender.

The sex offender registration was for life, until Senator Wiener challenged it. In 2017, Senator Wiener introduced SB 384 which was passed and signed by Gov. Brown to be implemented in 2021. The legislature would allow petitions of a 10-year minimum sentence. No longer for life, but still harsh consequences.

Due to the fact that many LGBT people do not engage in vaginal penile intercourse, the law blatantly discriminates against the community that is already heavily marginalized and attacked and forces them to register as sex offenders immediately if brought to court, according to the bill’s supporters.

“We need to uplift our LGBT youth. Our young people are some of the most marginalized people in this country and world,” Wiener said in a Zoom press conference last week, noting that nearly 40 percent of LGBT are homeless because they’ve been kicked out and shunned by family.

They are at a heightened risk of suicide and mental health challenges because of the stigma pressed upon them. The current law blatantly discriminates against the youth and does not allow for their self-expression, according to 54th Assemblymember Sydney Kamlager, who said the issues are rooted in hypocrisy, fear and discrimination.

“The California penal code criminalizes class, race, gender and sexual orientation and weaponizes the sex offender registry to apprehend people [of whom] we are afraid,” Kamlager said. “For far too long that population has included the LGBT community.”

Supporters of the new measure explain the sex offender registry in California was created in the 1940s, where all other forms of intercourse were illegal under the anti-sodomy law. The anti-sodomy law was repealed in the 1970s, yet the sex offender registration continues to draw on the outdated ideal that anything other than vaginal sex is offensive, thereby disproportionalizing LGBT people. It registers them immediately as a sex offender, while giving those able to have vaginal penile intercourse leeway.

SB 145, said Wiener, is not removing or challenging any judicial law, it is simply extending the judicial discretion for sex offender registration to include other forms of intercourse alongside vaginal intercourse. It gives the judge the ability to evaluate the people involved and does not require immediate registration as a sex offender, he said.

Narrowing down the sex offender registration list is a primary goal, the lawmaker said, as it not only minimizes decriminalizing the LGBT community but helps law enforcement understand who and where viable threats to society are.

Los Angeles Police Dept. (LAPD) conducted a study of resources dedicated to sex offenders and found 60 percent of their resources were used to sit at a desk and register people who were at no or little risk of ever reoffending, according to Deputy Los Angeles District Attorney Bradley McCartt.

“There is a practical resource aspect to what we are doing. That is why there is a strong, unbelievable support from law enforcement of this bill,” McCartt said.

Bill supporters said the ability to better narrow down the sex offender registration list and allocate resources elsewhere will better the LGBT community as it will be one less factor in workplace, housing and employment discrimination. Also narrowing it down and signing those more likely to reoffend or be a menace to society will help with crime solving, as it will let law enforcement better locate those suspects.