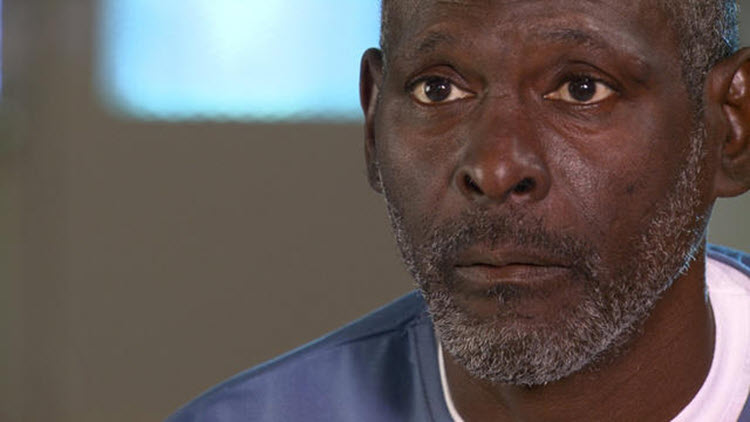 FLORIDA – It has been 30 years since Crosley Green was convicted of murdering Charles “Chip” Flynn, Jr., in 1989, and for 19 years he has been on Florida’s death row.

And yet, to this day, Green maintains his innocence.

Since 2008, Crowell & Moring has represented Green pro bono on referral from the ABA Death Penalty Project, releasing him from death row in 2009. Now serving a life sentence, Green says he’s a victim of a racial hoax.

In the early hours of Apr. 4, 1989, Kim Hallock, Flynn’s former girlfriend, called 911 saying she thought her boyfriend had been shot. She was three miles away from the crime scene and had trouble telling

police how to get there.

She told officers that she and Flynn had been in his truck when a black man with a gun hijacked and drove them to a remote grove. Alone, she managed to get back into the truck and escape to Flynn’s friend’s home—three miles away from the grove, past a hospital and the home she shared with her parents.

When officers found Flynn, he was lying on his side with his hands bound behind his back with a bullet wound on the side of his chest. There was a gun on the ground as well.

When asked who shot him, Flynn responded, “Just take me home, God, get me out of here.”

He died before the ambulance arrived.

Green was convicted of the first-degree murder of 22-year-old Flynn in Titusville, Florida, by an all-white jury on Sept. 5, 1990.

“They needed someone to put that murder on and Crosley Green fit the bill,” said private investigator Joe Moura.

“It’s an example of race being a substitute for evidence,” said attorney Keith Harrison.

Flynn’s parents, now both deceased, told “48 Hours” back in 1999 that they were shocked to hear that Flynn had been with Kim Hallock that night. At the time, Kim was an ex-girlfriend, and Chip was happily seeing someone else.

“He didn’t mention Kim anymore or anything,” Charles Flynn said of his son.

No direct evidence has ever tied Green to the murder, and there were no eyewitnesses other than one individual who was never investigated. Investigators did not find a single fingerprint of Green’s on the truck that he supposedly got into, out of, and drove for several miles.

At Green’s original trial, the prosecution brought in three witnesses who testified that Green confessed to the murder. Since Green’s conviction, each witness has now stated that Green never admitted to the murder and that they offered the testimony against Green to help themselves in connection with unrelated cases.

Among the witnesses was Green’s sister, Sheila, who stated that prosecutors coerced her testimony and threatened that she would never see her children again.

Before the case went to the jury, Green was offered a plea bargain: admit guilt and get no more than 22 years.

“I keep telling you I didn’t kill this young man, so why should I take that plea bargain?” he responded.

In addition, 10 alibi witnesses have stepped forward asserting that Green was elsewhere at the time of the crime. Green’s physical build, hairstyle or its length did not fit the description offered by

During the trial, Green’s race was referred to 140 times.

The state of Florida is appealing the ruling, arguing that Green should not be granted a new trial. The case is currently pending before the U.S. Court of Appeals for the Eleventh Circuit.

As Green’s case awaits a ruling from the appellate court, Crowell & Moring filed an emergency motion at the Eleventh Circuit Court of Appeals to request Green’s immediate release due to an outbreak of COVID-19 at the Calhoun Correctional Institution in Blountstown, where he is currently incarcerated.

“If Mr. Green dies of COVID-19 while awaiting this Court’s judgment, it will be a miscarriage of justice of unconscionable proportions,” wrote Green’s attorneys in an emergency motion filed asking for his immediate release.

Brevard County, where Green was convicted, has a history of prosecutorial misconduct, notably during the 1980s. At least three other men—Wilton Dedge, William Dillon and Juan Ramos—have been exonerated from Brevard County convictions that were based on the same type of government misconduct that is alleged to have occurred in Green’s case.

In all of these convictions, the same group of prosecutors and investigators used fraudulent dog handlers, coerced testimony and deals with untruthful informants, among other tactics, to win their cases.

“I think what matters about Crosley Green’s case is what it says about us … are we a society that really cares about justice? Or do we just pay lip service to it?,” asks Kenneth Nunn, a professor at the law school at the University of Florida. “Is it OK for a person who hasn’t committed a crime to spend decades in prison and time on death row for something he didn’t do?”