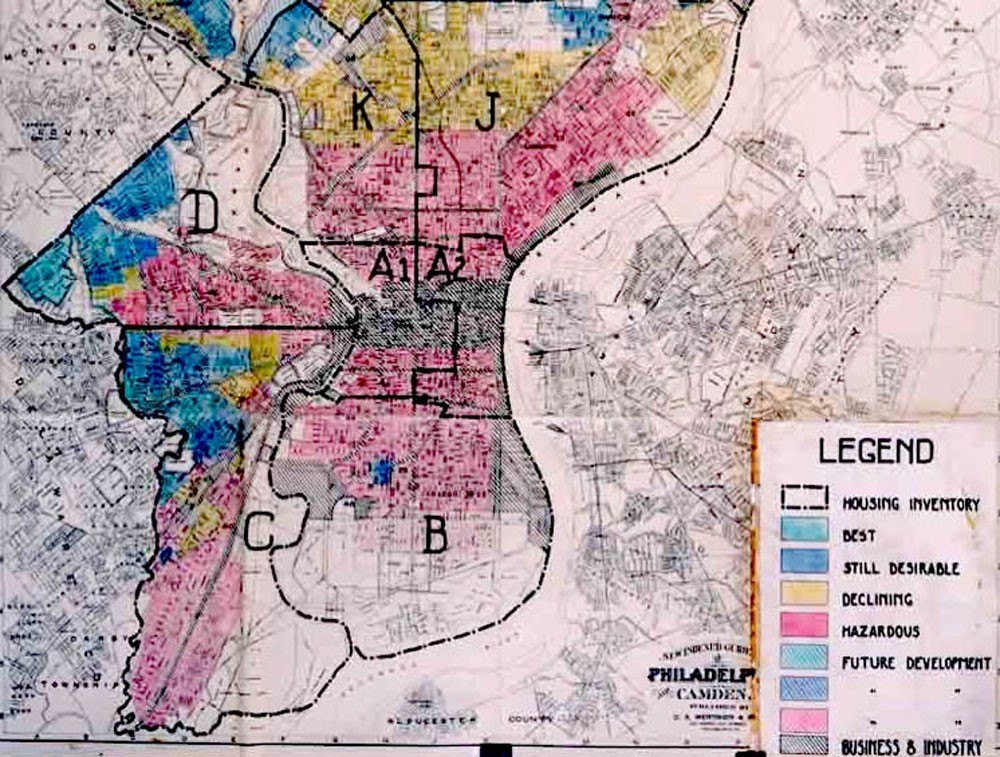 “I am happy to inform all of the people living their Suburban Lifestyle Dream that you will no longer be bothered or financially hurt by having low-income housing built in your neighborhood.” – Tweet by President Donald Trump, July 29, 2020.

Levittown on Long Island in New York State is regarded as America’s first modern planned suburb. Built to accommodate returning World War II veterans, Levittown opened its doors on October 1, 1947. When complete, Levittown had 17,447 homes with a population of over 50,000. Levittown became the posterchild of the postwar USA and was featured proudly and prominently in all the mainstream magazines such as Life, Look, and Fortune. To many among a war-weary public, Levittown exuded everything associated with living the American Dream. There was, however one American element nowhere to be found in any of the 17,447 homes in Levittown—a Black family.

Blacks and whites had fought together in brotherhood all over the globe during World War II to defend democracy. However, a grateful government that welcomed home “the Greatest Generation” but fought that war with a segregated army had no desire to let returning Black soldiers live together with white ones. Fascism had been beaten abroad, but not racism at home.

Levittown was the direct creation of US government policy. The purchase of every single home in Levittown was insured by the Federal Housing Administration (FHA). Every Levittown homeowner’s contract barred buyers who were “not member(s) of the Caucasian race.” Thousands lined up to apply for America’s most publicized low-cost home ownership opportunity, but any Black people who turned up were turned away. The American future was bright for some, but due to racial covenants, it was legally off-limits to Black Americans.

In 1948, the Supreme Court ruled in Shelley v. Kramer that racially restrictive covenants were unenforceable. Thurgood Marshall, then legal counsel for the National Association for the

Advancement of Colored People (NAACP), submitted a brief in the landmark case on housing discrimination. Levittown removed the offending language from its contracts, but the FHA continued to insure loans only to whites who wanted to buy homes in Levittown. William “Bill” Levitt remarked at the time, “We can solve a housing problem, or we can try to solve a racial problem. But we cannot combine the two.”

In 1950, Eugene Burnett, a Black former G.I., drove from his rental in the Bronx to Levittown to get in line for an application for ownership, but was told by a salesman, “It’s not me, but the owners of this development have not yet decided to sell to Negroes.” Burnett was one of the million black G.I.’s who were eligible for a federally guaranteed mortgage under the G.I. Bill of Rights. Turned down, Burnett drove back to the Bronx.

As of 2017, only 1.19 percent of 51,800 Levittown residents were African American (617 people). Federal policy has left at least a three-generation legacy of continued de facto discrimination. Home ownership gave millions of white former G.I.’s and their families a leg up on the American ladder, even as one million Black G.I.’s found their economic path blocked.

Open Membership and the Co-op Struggle against Racial Covenants

Millions of Black and white G.I.’s fought together to defend democracy. Many came home with a wish to build a better America in which they could live together. A few racial walls were coming down—slowly.

In a number of American communities, former G.I.’s proposed new integrated communities. Winning the war against fascism abroad created interest in building a new America at home. Among these were a number of housing co-ops. The many cooperative housing communities that sprouted after the war proudly followed the Rochdale Principles, named after the English town that launched the co-op movement in 1844. The first co-op principle is open membership, which means simply that membership is open to all who wish to avail themselves of the services of the co-op and are willing to bear the responsibilities of membership.

Among the projects blocked were the following:

An Exception that Proves the Rule: The Case of Sunnyhills

When Ford moved its plant from Richmond, California to Milpitas, California, in 1954, one issue seemed insurmountable. Many Blacks worked for Ford in Richmond, and a number of them had worked on building Liberty Ships during the war in the same community. However, there was no housing open for Blacks in or near Milpitas, an hour’s drive from Richmond.

In the 1950s, the United Auto Workers union (UAW) and its president Walter Reuther had taken a strong interest in sponsoring integrated housing cooperatives for their members. Ben Gross, a Black UAW Local 560 leader in Richmond who was part of the national union task force on housing, was given the role of locating land near Milpitas. The UAW wanted to sponsor integrated housing cooperatives that could be built to accommodate the existing UAW Richmond workforce, which was about 20-percent Black.

The efforts of Ben Gross and others in the Richmond UAW Local 560 were repulsed by both local landowners and local governments. Santa Clara County had few Black residents, and segregation and racial covenants had kept it that way. When the UAW pursued funding for the homes in the development, they ran into the same FHA rules, regulations, and culture that had stymied the other co-ops. Once again, the FHA, local developers, and local government agencies looked like they were going to stop an integrated co-op.

However, in this instance, the UAW officers pursued a new and different tack. The UAW arranged for a long-term mortgage through the Federal National Mortgage Association (Fannie Mae). In this case, the UAW applied under a new co-op ownership program called Section 213 of the Federal Housing Act of 1950. This program was administered by the Cooperative Development Office of the FHA rather than the FHA’s single-family home program.

Without the UAW’s organizational and financial muscle, Sunnyhills would never have come about. Few other entities had the resources, people power, and time to withstand the years of struggle and the costs of litigation and development. Coming along a few years later than the other interracial co-op efforts also helped. Ultimately, Sunnyhills got built as an interracial cooperative, becoming the first one ever approved by the FHA.

When Sunnyhills was finally mapped out, the UAW saw to it that Ben Gross and other union leaders were perpetually honored. Gross Street in particular paid homage to the UAW-backed leader behind Sunnyhills. Due to his civic commitment, Ben Gross went on to become the first Black mayor of any city in California. He served as mayor of Milpitas from 1966 to 1970.

However, Ben Gross played one other unique role in US history. When Prime Minister Nikita Khrushchev visited the USA in 1959, President Eisenhower wanted Khrushchev to see the fruits of a vibrant postwar America. One afternoon, after a visit to an IBM plant in San Jose, Khrushchev was whisked off secretly to see Ben Gross and his family in their home in Sunnyhills. Eisenhower wanted Khrushchev to see a home in an integrated neighborhood where Black and white families were living together. The Secret Service did not allow any photos to be taken and even confiscated the Grosses’ personal camera. The only US housing seen by the leader of Russia was an interracial housing co-op that ten years earlier would not have been allowed.

It is painful to record that in that postwar era and economy which saw so many changes in American society, racism was brushed under the rug. The housing segregation fortified by the policies of the FHA then has built the society we live in now. America, of course, continues to have a whole lot of work ahead of it if the country wishes to build an integrated society. The legacy of the blocked postwar co-op ownership projects—and of redlining more generally—is, of course, a central reason behind the nation’s large and still growing racial wealth gap.

Although in their time these cooperators did not always succeed, their efforts, along with the NAACP and other groups, for a better and racially diverse America were not in vain. It is hard to imagine the Fair Housing Act of 1968 coming to fruition, for example, without these earlier struggles to painstakingly, project by project, break down the edifice of federally supported housing segregation.

But that is not to ignore the enormous human cost that the participants in these efforts often faced. In almost all of the proposed communities described above, hundreds of people lost their life savings after dedicating years of effort to build interracial communities.

This article is dedicated to those brave cooperators who in fighting to overcome the color bar in housing did, through their considerable personal sacrifice, help bring an end to de jure discrimination and who remain, even today, an example to us all.

David J Thompson is a former Director; Western Region of the National Cooperative Bank where he funded development of over 1,500 units of low and moderate income integrated cooperative housing. David is co-principal of Neighborhood Partners LLC, developer of over 1,000 units of integrated low-income housing.

32 thoughts on “Guest Commentary: Postwar Interracial Co-ops and the Struggle against Redlining”