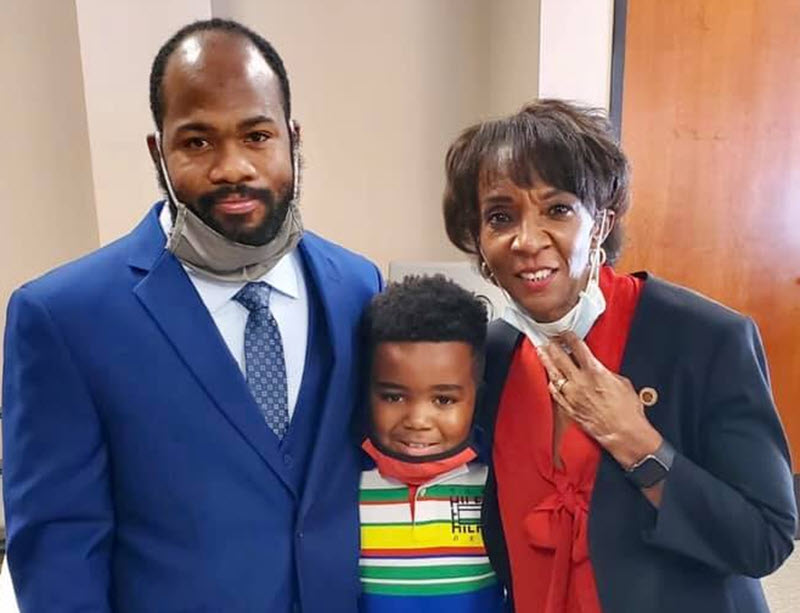 Director of the California Innocence Project Justin Brooks stated, “This is the way exonerations should happen. Defense attorneys and prosecutors working together to fix mistakes from the past. My thanks go out to the Los Angeles District Attorney’s Office Conviction Review Unit.”

In July 2013, two men committed an armed robbery at Hawking House of Hamburgers. The men held someone at gunpoint and stole his gold chain before fleeing the scene. The victim held at gunpoint picked Harris out from a lineup in the police investigation, resulting in Harris’ arrest.

Since his arrest in 2013, Harris’ codefendant and an additional suspect admitted being involved in the crime.

Harris has “always maintained his innocence” and stands firm with his alibi that “he was home with his girlfriend at the time of the crime.”

Managing Attorney at the California Innocence Project at California Western School of Law Michael Semanchik stated, “The Project initially became interested in the case because the only evidence against Harris was a single eyewitness identification.

“Eyewitness misidentifications are one of the leading causes of wrongful convictions. Moreover, thanks to the post-conviction investigation by Harris’ trial attorney, we also knew the true perpetrators had implicated themselves and exculpated Harris in the years following the conviction,” Semanchik continued.

Shortly after he want to prison, Harris’ codefendant Desmen Mixon wrote a letter to Harris’ girlfriend and a few years after his apology, Mixon “signed a declaration” and sent it to Public Defender Elizabeth Warner-Sterkenburg Harris’ trial attorney.

Warner-Sterkenburg and Public Defender Investigator Steve Lewis interviewed the additional suspect, who stated, “I want to help, I have something to say, if I tell you I’ll end up doing more time, I’ll be back in court.”

The case was immediately assigned two investigators and two attorneys. The CRU concluded that “they had not only lost confidence in the conviction but determined Harris was factually innocent.”