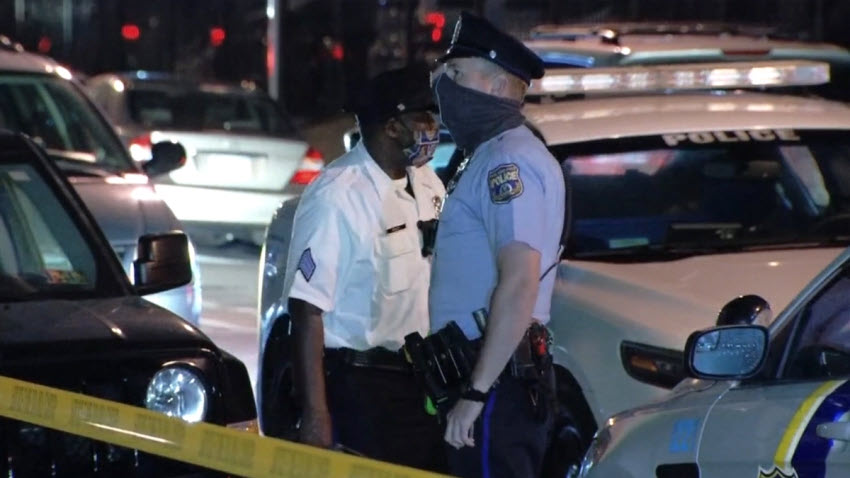 PHILADELPHIA- Reform Philadelphia District Attorney Larry Krasner announced late this last week the arrest and charging of former Police Sergeant Matthew Sinkiewicz, for his alleged involvement in the unprovoked assault and injury of two protestors back on May 30.

Matthew Sinkiewicz was charged with aggravated assault, along with other counts related to the incident.

Following the police killing of George Floyd in Minneapolis, protestors gathered outside of the Municipal Services Building (MSB) in Philadelphia to protest what many people viewed as a symbol of racism and police brutality– the statue of former Police Commissioner and Mayor Frank Rizzo.

The Frank Rizzo statue has since been removed following increasing criticism by both activists and politicians for emphasizing “Philadelphia’s troubled police-community relationship” and its repeated vandalism, most recently on the night of May 30, when protesters spray-painted and attempted to topple it.

Sinkiewicz, now fired from his job as Sergeant with the Southeastern Pennsylvania Transportation Authority police (SEPTA), was among the law enforcement officers stationed by the MSB and Frank Rizzo statue the night of the protest.

Sinkiewicz is reported to have allegedly struck the two protestors multiple times on the head and body with his baton, without provocation. Both protesters sustained injuries including lacerations that required treatment at a hospital.

One of the victims, as reported by the Philadelphia Inquirer, “sustained a concussion and gash that required 10 staples to close.”

Following the incident, Sinkiewicz is also reported to have submitted paperwork that does not accurately reflect what transpired in the interaction between him and the two protestors.

Sinkiewicz was initially placed on administrative leave the day after the incident, but was terminated when an internal affairs investigation found him guilty of using excessive force.

SEPTA Police Chief Thomas Nestel responded to the decision, explaining that “[t]he sergeant’s response was not appropriate and unnecessarily injured people who had not acted in a way that warranted such a response.”

Addressing the victims, Nestel states that he hoped “that the injured protestors recover completely and that they understand that [their] department does not tolerate such behavior.”

While fired for his behavior on the night of May 30, this was not the first time that Sinkiewicz has faced disciplinary action within the department.

Sinkiewicz, only been on the job for about a year, was caught on camera by a bystander, slamming a handcuffed Black man to the ground who was being arrested for disorderly conduct in 2016.

Sinkiewicz did not have his body camera activated during the incident, and only turned the footage one once the suspect was already in handcuffs.

The video of the incident emerged in June, showing the transit officer telling a man in handcuffs to sit down. When the man refuses and asks why he is being detained for no reason, the officer is seen tackling the man to the ground before telling him to calm down and helping him back up.

While disciplined by the same SEPTA Police Chief Thomas Nestel, who stated that it is “very important that the body cameras capture what the officer is seeing,” officer Sinkiewicz was not fired for his conduct in 2016.

Taking a stronger stance on the recent incident, Nestel argues that “The civil disorder that occurred in Philadelphia on May 30 did not take away the responsibility of our member to follow the Transit Police rules and expectations for professional conduct,” and that “Our response to resistance must be appropriate, and when it is not, the member will be held responsible.”

District Attorney Krasner expressed similar sentiments about the decision, explaining that “Justice has to be rooted in equal accountability,” and that “We must also acknowledge that uniformed officers of the law have a higher duty to build and earn trust with the public they are tasked to protect and serve.”

After thanking the efforts of the SEPTA Transit Police to investigate one of their own officers, Krasner states that “[if]n order to earn the trust of the public, law enforcement must take an even-handed approach in applying justice, always.”

DA Krasner’s decision to arrest and charge Sinkiewicz comes in the wake of officers being arrested and held accountable for their actions.

Derek Chauvin, one of the four former Minneapolis officers charged in the killing of George Floyd, is currently facing charges of second-degree murder and manslaughter.

Former Philadelphia police officer Richard Paul Nicoletti was charged after an investigation into his use of pepper spray against protestors on I-676 on June 1.

Similarly, Former Philadelphia Police Inspector Joseph Bologna was charged with assault after allegedly using a metal baton in early June to strike a 21-year old student over the head.

Sinkiewicz has been taken into custody, and will be prosecuted by the District Attorney’s Office Special Investigations Unit.