SACRAMENTO – A probable cause hearing here in Sacramento County Superior Court late last week determined that a defendant facing multiple felonies for allegedly throwing rocks at cars and using a shopping cart as a deadly weapon would not be prosecuted now but be examined for psychiatric problems.

Before a Sacramento judge agreed to suspend proceedings, she determined shopping carts can kill.

Albert Richard Lopez was called to court for a probable cause hearing on five felony counts for his behavior in a Walmart parking lot last July.

Police responded to a reported assault in progress for a man throwing rocks at cars and people. Additionally, there were accusations that the man was aggressive toward those located outside of the store, and charged a victim with a shopping cart.

The charges incurred were listed as felonies rather than misdemeanors because both the rocks and the shopping cart were considered “deadly weapons.”

Deputy District Attorney Alexandra Sanders called Elk Grove Police Dept. Officer Timothy Huppert to the stand for testimony. Huppert was one of the officers at the scene following the incident

report, and claimed to have had prior encounters with the same subject.

According to Huppert’s report, Victim 1 claimed his car had been struck by baseball sized rocks, and Huppert testified seeing a crack in the windshield due to impact from a rock.

According to Huppert’s report, Victim 2 claimed to have seen Lopez throwing rocks at employees and vehicles. Victim 2 additionally claimed that Lopez charged at him with a shopping cart.

Assistant Public Defender Damian Jovel said the defendant was being overcharged, arguing the “weapons” listed in the officer’s report and testimony are not deadly, and that the charges should be reclassified as misdemeanors.

Jovel said the officer did not have any evidence that the “baseball sized” rocks were actually thrown at the victims (instead of just being thrown), and that no person at the scene sustained any injury in need of hospitalization. Additionally, Jovel argued that the deputy indicated there were different sized rocks in the parking lot. Therefore, it would be difficult to know whether or not the rocks could be actually classified as deadly.

Jovel maintained the shopping cart could not be described as a deadly weapon. Even though testimony indicated that Lopez “charged” Victim 2, there was no evidence as to how fast he was going or the force of the shopping cart at the time of the incident.

DDA Sanders refuted Jovel’s argument by noting that injuries are not required for either of the charges and that she still believed that both weapons—rocks and a shopping cart—could be considered as deadly.

There was a report filed on October 8 that indicated Lopez suffered some psychiatric issues. The court considered the report and determined that criminal proceedings would be suspended, and Lopez would go into treatment. 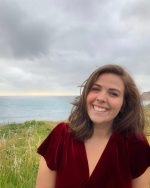