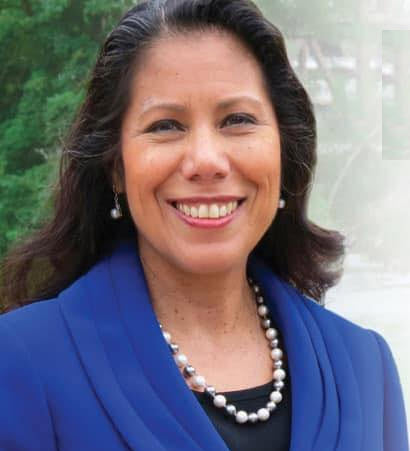 Christopher Cabaldon has been Mayor of West Sacramento for the better part of two decades, having been first elected in 2004 and become one of the defining figures of his city as well as the region, leading the way toward massive redevelopment of West Sacramento as well a high profile gay elected official in the area.

But last week, in a tightly fought challenge by first term City Councilmember Martha Guerrero, he conceded defeat, having fallen behind by nearly 500 votes in the tally.

“I’m humbled by the fact that the people have voted me in to be their mayor,” Guerrero told the Vanguard on Tuesday.

She stressed the need to protect infrastructure particularly during the pandemic, prioritizing services to the people, which she said was something that the voters “expressed concerns for.”

“With the pandemic, it’s really brought to their attention what’s important,” she said.  “Quality of life is extremely important here in West Sacramento.”

She said, “Having a councilmember and someone in leadership who is tuned in to what their interests are – I think is clear now to everyone that that’s important.”

Guerrero talked about the support she has had over the years – which included an unsuccessful council run in 2016 and a successful one in 2018 – firefighters she mentioned as a big group supporting her.  Labor in general, always adversarial with Cabaldon, also played a big role.

demonstrated that on council.”  She called it “a campaign promise that was fulfilled.”

In retrospect, that was a warning sign to Cabaldon.

“That indicated to me that something’s not working,” Guerrero said.  “There was a significant majority of people in West Sacramento had something more to say and was interested in doing something different.”

But 2020 was still challenging with the pandemic and more limited ways to reach out to the public.

“I was interested in seeing if I could help bridge any concerns that the community had with the council and with the administration,” she said.

Still, she said, “I was just a little surprised.”  The other factor was that the turnout in this election – like it was in most places -was very high.  Much higher than in 2018.

This wasn’t a growth issue.  “I was supportive of seeing continued growth in our city,” she said.  But she said, “I think we needed to be more inclusive of what their interests were and broaden how we provide direct services to people and families, especially during a pandemic.”

Guerrero feels that the council “is receptive” to the type of changes she is looking to make.  “I know that councilmembers are plugged into what’s going on in the community and have been engaged.”

“I think they’re hearing it too,” she said.  “And will be receptive to the changes I’m looking to bring as Mayor.”

The biggest change, she said, “is transparency.”

She said, “I had a hard time even as a councilmember understanding fiscally where the money was going and how we can adjust and pivot to the change in demand for service – for example, public transportation.”

She is also looking at “investments in infrastructure” will be more of a priority “than what I’ve observed in the last 20 to 24 years.”  She said, “There has been a resonating concern that that was not a priority.”

The issue of policing looms large.  The last police chief was suddenly terminated and filed suit against the city.  Concerns have been raised over an officer-involved shooting.

“We’ve had an interim police chief at a time when we needed a police chief, someone who is going to be representing the police department,” she said.  “I have not been supportive of that situation.”

She said, “It gives us an opportunity with police reform to bring in a police chief who is going to help ensure that there is accountability within the police department.”

Under Cabaldon they had transferred police officer positions into community outreach.  She is looking at doing the Mental Health Services plan to do the community outreach – “but under the umbrella of the health and human services agency.”

She is concerned that half the department has under five years of experience.

“That’s not a good track record to keep,” she said.  “We have situations that require police officers with experience to ensure that public safety is well served.”

She noted a lack of interest in the profession and the high level of competition for trained and experienced police officers.

Guerrero also noted her experience working with the NAACP who have come forward with a set of recommendations for a reform agenda.

She said her workshops and outreach will be: transparent, open, with broad participation.

“I just want to thank the public for their support and I look forward to working with them,” she said.