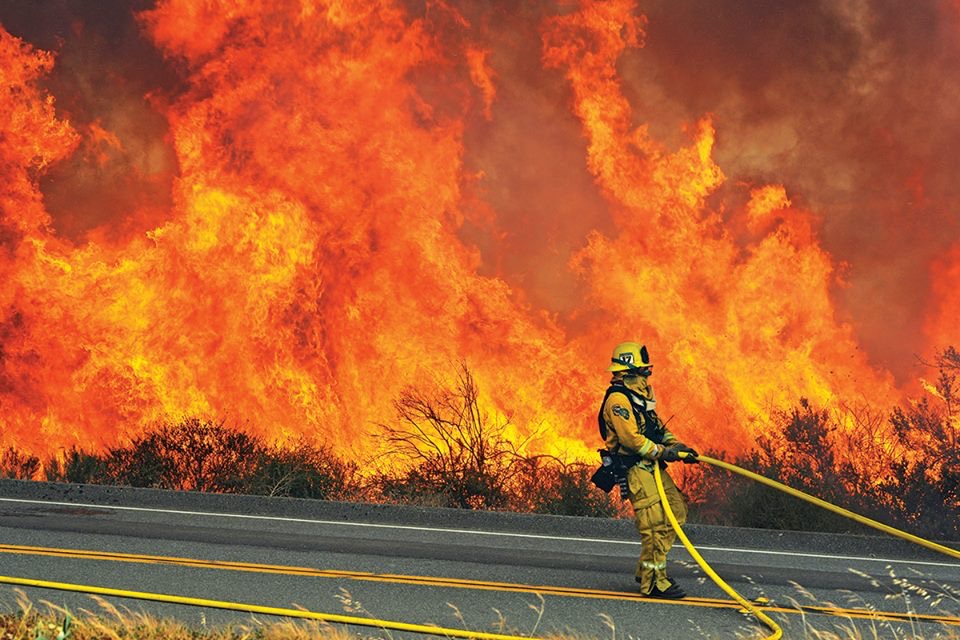 It appears that 2020 is a year of records and none of them good. The Atlantic coast has received a record number of hurricanes, leading the National Hurricane Center to run out of names in their seasonal pool; COVID-19 has become one of the most impactful viral outbreaks in history and now California has seen a string of the largest wildfires measured in the state.

Two massive fires, the Blue Ridge fire and Silverado Fire, have spread across 4.1 million acres of land and forced the evacuations of over 70,000 people, according to a CNN report. At this point in time, estimates leave the fires less than 30 percent contained.

Scientists and environmentalists alike lay much of the blame for these recent fires at the feet of climate change. A study from NASA found a 5 °F increase in average summer temperatures across the state over the last 130 years, a worrying trend that seems to only be worsening.

Such temperature increases have noticeably decreased the amount of water in the biomes across places like California, a National Geographic analysis shows. This extreme dryness only leads to more susceptible conditions for a fire –– only a small spark is required to ignite large swaths of land.

Such conditions have led to a plethora of fires in 2020.

The Silverado and Blue Ridge fires are far from California’s first this year, and they are far from the only record-setting ones. Previous fires, such as the Glass Fire, Creek Fire and Lightning Complex Fires have already done unheard-of levels of damage to the state and its ecosystem.

This is ultimately because in terms of meaningful action, close to nothing is being done to combat climate change. Rapid increases in polluting forms of industrialization have left atmospheric CO2 levels at their highest point in 3 million years, according to a NOAA report. While such greenhouse gas emissions continue to grow, effective environmental plans like the Green New Deal and others are disregarded as pipe dreams.

However, there is a reason for this inaction: most of the damage done by climate change is understood from an economic standpoint. Cost-benefit analyses of such disasters are not done on a metric of lives but on dollars, and it is deemed not profitable to save people from climate change.

To take any level of effective preemptive measures against global warming would likely cost trillions of dollars, as seen by many of the democratic primary presidential candidates’ environmental bills. On the other hand, simply responding to climate change’s effects would only become more and more expensive by the year.

Yet the human cost of such catastrophes should not be ignored.

Wildfires across California have already killed dozens and displaced hundreds of thousands this year alone –– a trend which appears to have no sign of reversing.

With a future filled with such fires looming, one thing is certain: the continuation of these disasters will lead to an unprecedented crisis of people and resources. Being frank, the government infrastructure that exists now to combat such events will likely not have the ability to weather this prolonged situation.

So, with such a crisis looming, is there still time to avoid it?

Truthfully, no. There is no longer enough time to stop the world from descending further into one of the largest ecological disasters in history. A UN report on the global effects of climate change showed that many of its most dangerous repercussions have already begun, with even worse thresholds as soon as 2030.

Climate change is already happening and it is already here. The temperatures have already started to climb, and the sea levels along with them. Hurricanes, tornadoes and wildfires will continue to increase in both numbers and severity. The sixth mass extinction of species on this planet will continue, due in large part to human environmental destruction.

These facts are all compounded by nations and leaders that seem entirely resistant towards positive change on this issue. Oil will continue to be burned and gas-powered cars will continue to run for the sake of markets trading a commodity that will run out in less than a century.

However, do not use such statements as an excuse to give up. Instead, use them to get angry.

Use the threat of an inhabitable Earth as a fuel. Go to protests, pressure legislators, do everything necessary for those in power to feel as under siege as the rest of the world does.

Yes, the planet may be dying, but there is no time to grieve. In the current decades lies a precious window to not halt climate change but certainly stall it and reverse the worst of the damage.