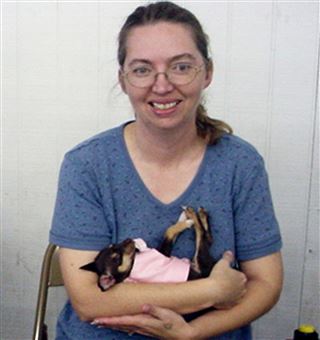 In letters delivered today, a broad coalition of current and former prosecutors, anti-sex trafficking and anti-domestic violence groups, child advocates and mental health groups is urging President Trump to stop the execution of Lisa Montgomery, a woman with severe mental illness who suffered relentless physical, emotional, and sexual abuse including being trafficked by her own mother.

The federal government plans to execute Mrs. Montgomery on December 8 unless the President or a court intervenes.

“Lisa’s experiences as a victim of horrific sexual violence, physical abuse, and being trafficked as a child do not excuse her crime,” write a group of 41 current and former prosecutors. “But her history provides us with an important explanation that would influence any sentencing recommendation we made as prosecutors.”

The prosecutors stress that Lisa’s history “is not an ‘abuse excuse’ as the jury was told at her trial,” and that evidence of a defendant’s childhood trauma is “critically relevant to determining the appropriate punishment for a serious crime.”

In a separate letter, two former prosecutors who prosecuted similar cases involving attacks on pregnant women agree: “These crimes are inevitably the product of serious mental illness. Women who commit such crimes also are likely to have been victimized themselves. These are important factors that make death sentences inappropriate.”

The prosecutors’ call for clemency is joined by hundreds of organizations that advocate for women, children, and people with mental illness.

have helped her,” and that she “became severely mentally ill by the time she committed her crime.” In 2004, in the grip of a psychotic break, Lisa killed a pregnant woman and took her baby.

They also note that current law provides much stronger protections to victims of trafficking. “Had any of these laws been in effect when Lisa was a child or young adult suffering human trafficking, our legal systems would have offered more meaningful intervention.”

A group of 40 child advocates whose work is devoted to protecting abused, victimized, and abandoned children highlight the tragedy of how “no one stepped in to save Lisa. Lisa was repeatedly abused and exploited by the very adults she turned to for protection – first her own mother and stepfather, then her partners.”

They point to the “many missed opportunities to intervene and stop Lisa’s suffering,” which might well have prevented the crime from ever happening. Lisa’s older sister also suffered horrific abuse in the home but was removed by social services; Lisa was left behind, and though people in power learned of the abuse they did nothing to stop it. “We know from our work with abused children that being unable to escape a cycle of abuse exacts a terrible mental toll,” these child advocates write. “This was sadly true for Lisa. Her crime reflects the desperation, shame, and hopelessness that many victims of extreme child abuse feel.”

Three of the nation’s leading advocacy organizations for people with serious mental illness and their families also call for clemency based on Lisa’s mental illness and neurological disorders. “We believe that Mrs. Montgomery, who acted in the grip of a psychotic episode, should not be subject to the death penalty due to her brain damage and severe mental illness.”

They describe the combined impact on Lisa’s functioning of organic brain damage resulting from her mother’s heavy alcohol use during pregnancy, a genetic predisposition to serious mental illness inherited from both parents, and the psychological effects of extreme and pervasive trauma. “Multiple experts have concluded that Mrs. Montgomery’s crime was the product of her mental illness and brain injuries,” they write. And “even today, her grip on reality is fragile, maintained only with a complex regimen of psychotropic medications that she never received before being incarcerated.”

These mental health advocates also recognize that “the stress of being given an execution date, removed from the institution where she has lived for many years, and transferred to a men’s prison for execution will trigger her psychosis and cause her mental health to deteriorate dramatically.”

A letter has also been submitted by a coalition of incarcerated and formerly incarcerated persons attesting to the devastating psychological impact of prolonged incarceration. Their experience reinforces concerns that Mrs. Montgomery’s mental health will continue to deteriorate as her execution approaches.

Such concerns are, in fact, being borne out, and a new lawsuit argues that the conditions under which the Bureau of Prisons is housing Lisa in advance of her execution are aggravating her mental illness. For example, the BOP has her under 24-hour observation, allowing male guards to watch her use the toilet. The prison also took away her access to underwear, allowing her to have panties again only if she “behaved” by not crying or otherwise exhibiting distress. For a victim of multiple rapes like Lisa, these conditions are especially damaging.

Lisa Montgomery is scheduled to be executed on December 8, 2020. As current and former state and federal prosecutors, we respectfully request that you grant clemency to Lisa and commute her sentence to life imprisonment without the possibility of parole.

Although Lisa committed terrible crimes, her lifetime of extreme suffering and abuse weighs heavily in favor of clemency. You alone have the power to grant her mercy and spare her life, and we urge you to do so.

Lisa’s experiences as a victim of horrific sexual violence, physical abuse, and being trafficked as a child do not excuse her crime. But her history provides us with an important explanation that would influence any sentencing recommendation we made as prosecutors. Our experience prosecuting human traffickers and those who commit sex crimes against children has given us a unique understanding of the profound physical and psychological harm that victims like Lisa suffer. In this case, mental health professionals have concluded that the sexual violence and cruelty she suffered was directly related to the crime she committed. They have also diagnosed Lisa with organic brain damage and serious mental illness that requires her to be heavily medicated at all times.

A history of being victimized is not an “abuse excuse” as the jury was told at her trial. We view this kind of evidence as critically relevant to determining the appropriate punishment for a serious crime.

We are keenly aware of the difficult decision you must make. You have the challenge of balancing  victims’ and defendants’ rights, respecting the will of the people expressed through a jury verdict, ensuring that the public will be safe from future harm, and promoting just punishment. In Lisa’s case, however, we believe that all of these goals align in favor of clemency and a sentence of life without parole.

Lisa has taken full responsibility for her actions and expressed profound remorse for her crime. We are persuaded that in light of all these factors, granting Lisa clemency will not only serve the interests of justice