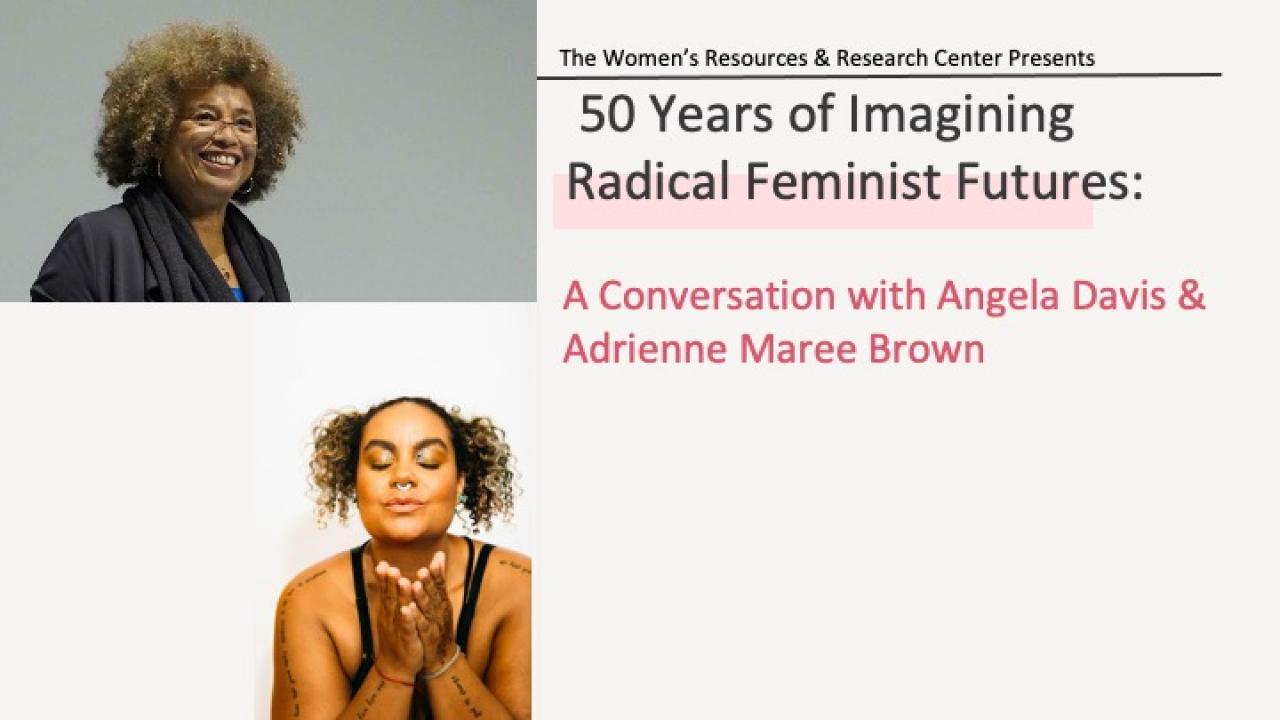 Marin-Martinez spoke on seeing how her family’s participation in activism has impacted her own journey of activism in an academic setting.

Next to share was Aliya Hunter, a fourth-year gender studies major.

In her scholarly pursuits, Hunter said she has found meaning in using what she has learned and incorporating it in her art, writing and performances.

Brie Hornig, a resource director of the WRRC, came with some hard-hitting facts and narratives about capitalism.

Hornig specifically emphasized questions in regard to where and how activism should take place within academia.

brown continued on the narrative by speaking on the accessibility of activism in academia and the rest of the world, saying: “I think we have some really exciting people who are thinking all the time about, ‘How do I make sure this work resonates outside of the academy? …How do I take these ideas and engage in a scholarship that is enlivening and passionate for me?’”

They continued, “I think the most important thing that I always tell people when they’re writing in or outside the academy is, ‘Who do you want to be able to understand what it is that you’re saying?’ Sometimes, in the academy, it sounds like folks are getting really excited about the vocabulary that they can use. They’re so excited with the vocabulary that they’re not thinking about anybody else being able to necessarily understand outside of this circle. You have to be thinking: how do we bring the ideas to as many people as possible, especially if you think they’re relevant ideas for the people?”

Before Dr. Davis engaged with the topic, she first warmly spoke on how excited she is to receive brown’s newest book on cancel culture, entitled, “We Will Not Cancel Us.”

Davis began by saying, “I would actually like to think about the production of knowledge more holistically and recognize that it does not simply come from the academy. It comes from our communities, it comes from a movement, it comes from labor struggles, it comes from struggles against racism. If we say it in that way, then we recognize how important it is to learn how to translate… We develop these technical vocabularies, and we also have to recognize that not everyone is going to find them interesting because they haven’t been involved in the same kind of projects that we have that have given rise to these vocabularies. We have to learn how to engage in the process of translation. It really is about relationships and communities, and they were always translating.”

Davis emphasized that despite its flaws, academia has allowed people to create connections with others who share the same values and encourage each other to fight the good fight within and outside of academia as well.

During the event, the speakers continued an in-depth conversation about feminism, racism, academia and cancel culture, among several other topics, and the chat box was engaged the entire time.

The event was open to UC Davis students, faculty, staff, alumni and the larger community, where thousands attended and hundreds participated by posting contributions in the monitored chats of the platforms Zoom, Facebook and YouTube.

For a recording of this event and more information on panel events like this, please visit the UC Davis Women’s Resources and Research Center website at https://wrrc.ucdavis.edu/.