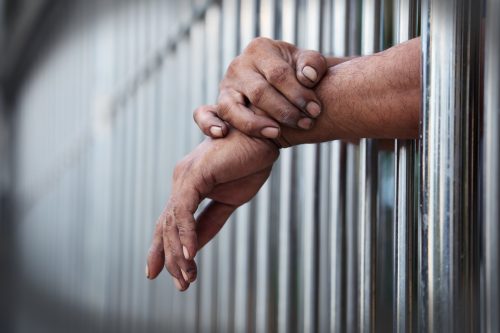 Re-entry and rehabilitative programs assist incarcerated people in successfully transitioning into society after a period of incarceration to mitigate recidivism.

These programs help individuals regain a sense of hope for a better future. They are especially relevant during the COVID-19 pandemic, when many are already struggling with anxiety and fear of contracting the virus, enduring solitary confinement and even death.

Five Keys is one such program offered in the Santa Clara County (SCC) jail system. It is a charter school that helps students continue their education and earn a GED. The program is built on restorative justice principles and aims to offer students five “keys” to aid their success: education, employment, recovery, family, and community.

Since May, officials have confirmed over 224 COVID-19 cases in custody and administered over 12,000 tests. In mid-August, there was a major outbreak of 90 cases in custody. As a result, many programs in SCC’s jails, including Five Keys, were halted to promote social distancing and decrease in-person contact. It has had several consequences on the population’s health, emotional well-being and progress.

The Vanguard spoke with Michelle Prodanovic, Principal, Five Keys – Santa Clara County, to gain insight into the impact COVID-19 has had on their students.

“Several months ago we were given the opportunity to re-enter [Santa Clara Main Jail and Elmwood Correctional Center] and serve students in a contactless way which at least provided inmates with an opportunity to continue their education. That was a huge plus, but there was a several-month gap where students were not being served,” Prodanovic explains.

Five Keys helped students continue their education throughout the pandemic by mailing them physical copies of educational material. Students would complete these worksheets, assignments, etc. and send them back to teachers. It allowed students to complete their work at their own pace. However, due to delays in the mail and distribution process, their productivity slowed down. Further, because of the population size and the challenges of perfecting a new system, many students may not have received their materials in a timely manner.

Other jails in California have been following a similar correspondence method, or have suspended their programs completely. Prodanovic says that it has been disappointing and challenging for facilities to make these decisions since they have been so helpful for the population.

Despite these deterrents, several students have remained persistent and dedicated to their education. “Because of COVID, it’s difficult to do what we would normally do in terms of motivating and communicating effectively. It’s been challenging,” Prodanovic says. “There are very motivated students at both facilities, even without in-person contact with a teacher, who have been turning in work,” she adds.

However, a lack of in-person contact has affected their students’ mental health, which has negatively impacted their academic involvement. She says, “Without direct contact, it was a struggle to engage with students effectively. The isolation they began to experience had taken a toll.”

Five Keys worked with the SCC Sheriff’s Office to integrate one teacher back into the Main Jail for a limited period of time. When asked how students reacted to the teacher’s return, she responded, “Students were extremely happy to see her. Extremely happy to re-engage, and they definitely were aware that it was not like the teachers walked away and abandoned them. They knew that we were not allowed in the facilities. They have been very eager for us to come back. Not having an educational program impacted them in many negative ways.”

It is clear that re-entry programs, like Five Keys, have a significant positive influence on the morale and mental health of incarcerated people. COVID-19 has not only had physical consequences on the jail population but also a deep psychological impact.

As Five Keys and other reentry programs start to slowly be reinstated, there will be a clear increase in engagement and positivity.

Prodanovic has also been working with the Sheriff’s Office to incorporate virtual learning into the jails, however, it is unclear when this will begin. The Sheriff’s Office has been communicative with her in terms of planning for virtual contact, but there are concerns regarding security. She says that virtual classes would be easier and more effective to provide than in-person classes during the pandemic. She is also very hopeful for this to happen since San Quentin has started a pilot program to offer virtual visits, which may trickle down to other jails. She says, “These virtual visits may lead to virtual instruction programs, so they can stay safe while also succeeding with their education. Going virtual would allow students to receive consistent education and contact with instructors.”

Educational programs are essential to the rehabilitation and reintegration of incarcerated people. The Sheriff’s Office should recognize these benefits, and take immediate action to establish a strong virtual learning platform through which programs like Five Keys can continue to provide their services.