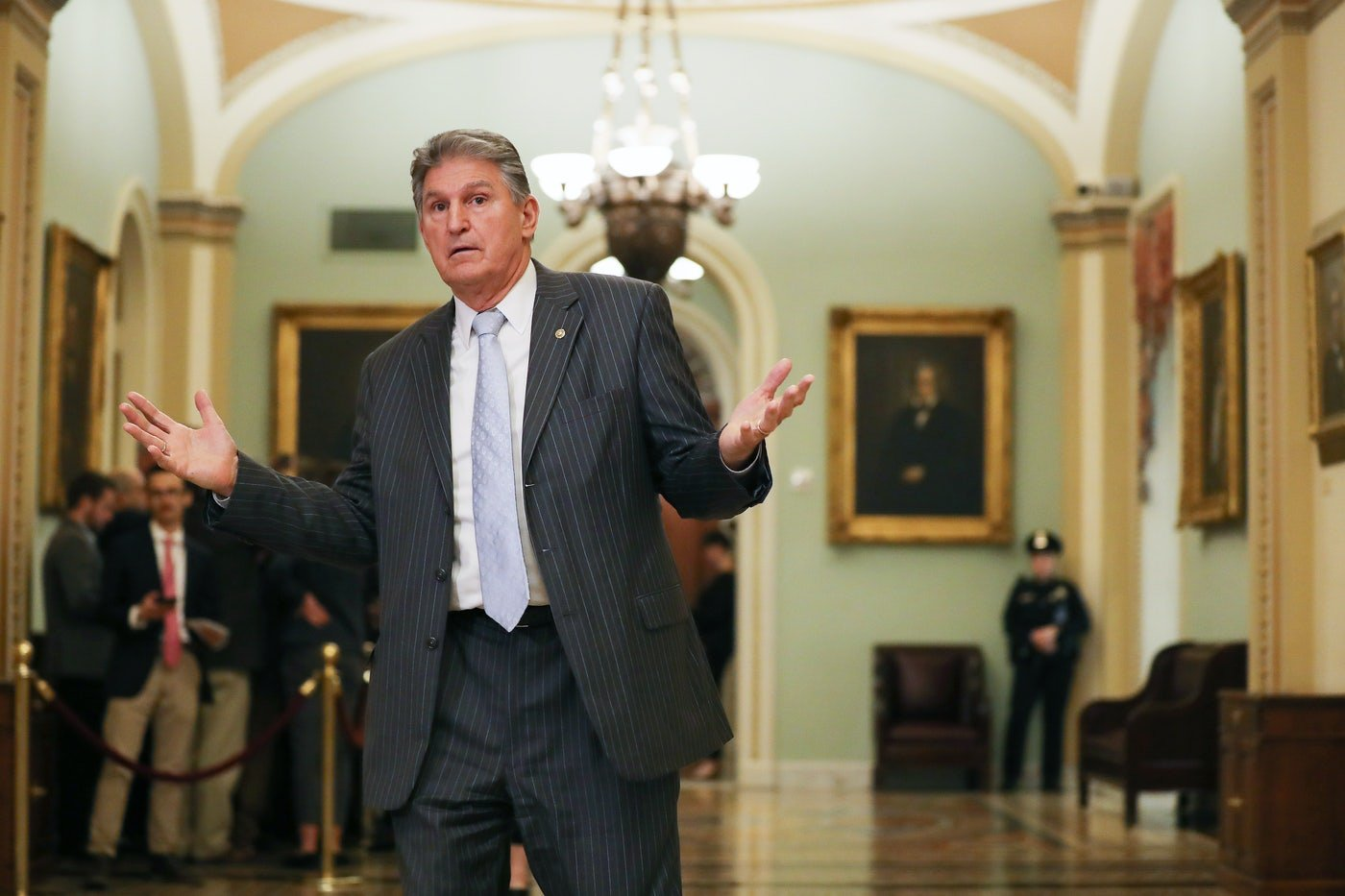 Democratic Sen. Joe Manchin of West Virginia is getting pressure from a new Political Action Committee (PAC) aiming to encourage his constituents to hold Manchin to task over his opposition to new $2,000 stimulus payments for families struggling during the coronavirus pandemic.

No Excuses PAC went live earlier this week and was founded by Corbin Trent, the former Communications Director for Rep. Alexandria Ocasio-Cortez (D-NY) and former staffer for Bernie Sanders’ presidential campaign. The PAC’s website proclaims that “now Democrats have no excuses,” a reference to the recent Senate runoffs in Georgia which helped Democrats secure a majority in the Senate while also holding the House of Representatives and the White House. According to the PAC, now is the time for Democrats to pass legislation to bring more financial reprieve for Americans in need.

“For years, we’ve been hearing what the Democrats would do if only the Republicans weren’t in their way. Now they control the House, the Senate, and the White House,” reads the website.

Manchin has been a vocal opponent of additional stimulus payments to families that have not received any assistance since the CARES Act allotted $1,200 payments back in April 2020. His opposition has drawn criticism from both sides of the aisle, and he is holding out despite president-elect Biden’s support for the $2,000 payments.

“$600 is simply not enough when you have to choose between paying rent or putting food on the table. We need $2,000 stimulus checks,” tweeted Biden on Jan. 10.

In an interview with CNN’s Jake Tapper on Sunday, Manchin was asked if he was supportive of giving $2,000 stimulus checks to individuals making $75,000 or less per year. He stated that he would be on board with “targeted checks” that would be sent to those who are in dire need.

“Sending checks to people that basically already have a check and aren’t going to be able to spend that or are not going to spend it, usually are putting it in their savings account right now, that’s not who we are. We have done an awful lot of that, it’s time now to target where the money goes,” he replied.

Manchin also said that he would rather support infrastructure spending of  $2 trillion or $3 trillion to “get people back to work”.

The West Virginia Senator has been receiving more media attention in recent months due to his unique position as a potential swing vote in the Senate as a conservative Democrat that has sided with Republicans in the past. He and Sen. Mitch McConnell (R-KY) have made the argument that stimulus checks have been going to those not in need, with McConnell going so far as calling them “socialism for rich people.”

However, the CASH Act, as the new stimulus bill is known, would in fact help the nation’s poorest citizens during their time of extreme need, according to a recent report by Yahoo Finance.

“The 20% of households with the lowest incomes would see their annual income increase by 29% if Congress passes the provision under the CASH Act,” stated the article, referring to data by the Institute on Taxation and Economic Policy (ITEP). This would be a financial windfall for Senators Manchin and McConnell’s respective states, whose population is among the poorest in the nation.

As the incoming administration faces unprecedented challenges during a raging pandemic and a political crisis, one of the few issues that Democrats can address immediately with their new-found majority is getting checks in the hands of Americans in need.

However, without Joe Manchin’s support, the CASH Act could be crushed under the weight of political posturing. This is why the No Excuses PAC has taken to the airwaves to encourage West Virginians to pressure their Senator to support the stimulus package.

In a radio ad posted to the PAC’s website titled “Joe Don’t Know,” Corbin Trent calls out Manchin for his lack of support of the stimulus payments while pointing out that if President Trump and most Democrats could come together on the issue, he could as well. The ad states:

“Unfortunately, our Senator, Joe Manchin, thinks he knows better than both our president and the Democrats in Congress. I guess Joe just don’t know what it’s been like to live through the pandemic, we should call his office and let him know that we need our $2000 checks and we need them now. Let’s go Joe!”

Voting in the Senate on the CASH Act will happen after newly-elected Democratic Senators from Georgia, Raphael Warnock and Jon Ossoff are sworn in later this month.

Josué Monroy is a 4th year International Relations major at UC Davis. Hailing from Santa Cruz, CA, his interests include Latin American literature and politics, as well as playing music in his spare time