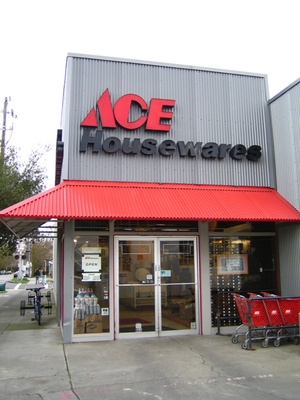 The post on NextDoor in Davis says, “On December 18th, employees at Davis Ace Hardware were notified that a case of COVID-19 was detected in an employee from the store. In the same announcement, management of the store announced that they would stay open through the holidays. By the 21st, eleven employees had called in sick, most with symptoms of the virus.”

The post goes on to detail, “on December 24th another employee tested positive for COVID-19, marking the 3rd positive case in one month.”

The post states that, “an employee approached management to discuss their decision to keep the store open. Management dismissed the people calling in sick as most likely being sick with the cold or flu. When asked about hazard pay for front-line employees (who max out at $15 an hour, even after a decade of service), they again dismissed the complaints as invalid, since the job was taken ‘voluntarily.’ They said the best they could do is to relay the complaints to corporate. Per management’s suggestion, this employee offered to communicate directly with the corporate office about these concerns.”

Then the post states that, “The next day, the employee that brought up the concerns was placed under suspension after management found that multiple workers signed on to a letter to corporate detailing their concerns and needs. They also cracked-down on employees at the store, refusing to allow anyone to talk to one-another.”

Under the National Labor Relations Act (NLRA)employees have the legal right to discuss the terms and conditions of their employment, including if they feel they’re not being paid enough and wish to seek raises from their employer.

Violations of specific laws are unclear at the moment, but the community expressed their frustration with the management of Davis Ace Hardware and demanded for changes to be made. Some posters on social media asked to hear another side of the story. The store is also still open to the public at the moment.

Corrections made by Jordan Varney