SAN FRANCISCO – In an interview conducted by The Davis Vanguard, lawyers Tony Serra and Curtis Briggs provided more details about Douglas Stankewitz—who had been the longest surviving inmate on California’s death row, the case’s uniqueness, Stankewitz himself, and what his possible release could mean for the future of the death penalty.

“He represents where the system went awry. Where he never got a fair trial, where the prosecution was biased against him, where they cheated and planted evidence and falsified records,” said infamous trial lawyer J. Tony Serra about his client Douglas “Chief” Stankewitz.

“This happens in varying degrees in other cases, but not to the extent where you kill an innocent man—and that’s what they did,” Serra added.

On October 12, 1978, Stankewitz, a Native American, was sentenced to death for the murder of 22-year-old Theresa Graybeal earlier that year. Despite the emergence of new evidence displaying the likelihood that Stankewitz was wrongfully convicted, he is still incarcerated at San Quentin.

The only difference in his status is the 2019 change of his sentence from death to life without the possibility of parole.

The Davis Vanguard reported on Stankewitz’s case in November of last year. Since then, it has caught the attention of many, including documentary filmmakers. On the day of the interview, a film crew from Dream Makerz Studios was present to capture the story of Stankewitz’s case.

VANGUARD: Since its release, how has The Davis Vanguard article impacted the case itself?

“The biggest problem we faced is that we tried to take this entire case and compress it down into talking points that make sense. And to be honest, it’s very difficult. And I don’t know that I’ve ever accomplished that on my own after over four years working on this case,” Briggs answered.

Due to the complexity of the case, and the hundreds of pages of documents needed to be read in order to understand it, Briggs and the rest of the legal team have been sending the article to people they hope to receive support from.

“This was the way I could quickly and succinctly get to the point that Chief was framed—that he’s innocent,” Briggs continued. “It’s helped us bridge between the legal world and the real world.”

I usually talk to Chief via letter, I don’t like to take up his phone time. He has other loved ones who he needs to talk to and other members of the legal team who are more in day-to-day contact with him,” Briggs replied.

Briggs then expressed how Stankewitz is not one to “self-pity,” but he knows there is a lot that concerns him at San Quentin he does not say.

“He told me that it’s very difficult and frightening with COVID, that he doesn’t believe that the prison has adequately protected them.”

In fact, Stankewitz contracted COVID June of last year. Although 8 months have passed, he is still struggling with long-term side effects.

Even when COVID was not in the picture, the conditions at San Quentin were still upsetting.

“We’re forced to visit Chief…in a cage,” said Briggs, who then recounted a time he and Serra were allowed to take a picture with Stankewitz. But the camera (provided by the prison) was not allowed inside the room. Meaning the photo had to be taken through plexiglass.

“I’m in this cage visiting him, had my arm around him and posed for a picture,” Briggs continued. Upon looking at the photo, what stands out to Briggs is the yellow hue of the Plexiglass.

“That’s the best snapshot of his life, it’s just tinted all the way around,” Briggs said.

Briggs went on to describe the security put in place when visiting Stankewitz, including searching through Stankewitz’s trash in the visitation “room” after visits and conducting a strip search of Stankewitz every time he uses the restroom during a visitation.

“I mean, the level of precautions taken for such a peaceful man, it’s incredible. The conditions are horrible,” Briggs concluded.

Tony Serra added the conditions at the Fresno jail Stankewitz was held at during hearings were just as bad.

“Oh and visiting Chief down there (in Fresno), remember the background where they had those steel cages they put people in?” asked Serra of Briggs. “God, it was horrible. The imagery was threatening, the way they treated human beings….”

Serra then continued to describe how the jails stuck the incarcerated in cages like “wild animals.”

“They stuck them in a little cage and talked to them through the cage… It only, in essence, made us more angry, more dedicated. But it certainly showed a profile of how Fresno Jail treated Native American men,” continued Serra.

Despite all of this, Serra and Briggs agree that the conditions have not fazed Stankewitz’s attitude.

VANGUARD: Can you both tell me a bit more about Chief as a person?

“You know, you walk into San Quentin and you walk right by the gas chamber… you walk [by] attorneys who just look beaten like they’re never going to win anything—you walk in and nobody’s happy. And then what pierces this cold, stale, sad environment is Chief’s smile, his laughter, his sense of humor,” explained Briggs.

To Serra, Stankewitz’s character was completely opposite of what he was expecting. He described that, before meeting him, he believed Stankewitz would be violent, dangerous, and mentally disabled because everything he read about Stankewitz said such things.

“What it turned out to be [was that] he’s very gentle, very articulate, very insightful, and very passionate—and that overwhelmed me. This guy does not deserve to be in prison,” recounted Serra. “My God, to have been there 40 years in prison with a death penalty hanging over your head, and, yet, he’s not angry.”

“Whether you’re for or against the death penalty, Chief’s case has been a complete failure. Whether it’s economic or fiscal responsibility, whether it’s constitutional guarantees—this has failed every step of the way,” he continued.

Serra then responded, “Do you see this t-shirt?” he asked, pointing to the red shirt he wore.

Serra used both of his hands to lift up the print on the shirt, which displayed 11 feathers sprawled out in a horizontal line. “This is a t-shirt that was part of the support for Patrick “Hooty” Croy in his death penalty case in the 80s,” he explained.

Continuing, Serra described the significance of the 11 feathers. “At that time, there were 11 Native Americans in various states on death row waiting to be killed…at the time one of these was the Chief, he was in, waiting to die.”

VANGUARD: I want to talk about the habeas that was filed in October. What do you expect the response of the habeas to be?

“The habeas was exhaustively done. My God, there’s thousands of pages of exhibits and every possible issue was raised…it’s now pending before the trial judge. As you know, there was a victorious appeal where the attorney general said, in essence, this has to be returned to that same trial.”

Serra was referring to a legal brief Stankewitz’s appellate lawyer filed in the appellate court, arguing that Stankewitz’s constitutional rights were violated when Judge Arlan Harrell from Fresno Superior Court claimed that he did not have the discretion to give any sentence to Stankewitz other than what the DA offered, LWOP.

In the respondent’s brief, the Attorney General agreed Judge Harrell was wrong to do so and stated that a remand of the trial would be required.

Due to this, both Serra and Briggs are hoping that the judge decides to “cut Stankewitz loose.”

“[The judge] is looking at this habeas where he has to read thousands of pages and he’s looking at an attorney general that says you can cut this guy loose…we’re hoping that he’s willing to obviate that potentiality by just cutting him loose.”

VANGUARD: Chief has been in prison since he was 19 years old. He’s been in there for 42, going on 43, years. What is the support that Chief has coming out of prison?

“Well this is what I see. Those persons who reach what I call a great acclaim because they are innocent and the appellate process has freed them, they become advocates for the poor,” Serra responded.

“It transforms them. He will be anti-death penalty forever. He is articulate, I expect multiple organizations will seek to have him talk….I also believe that at the interpersonal level he will get support….We’re familiar with people who love and respect him and are waiting for him to come out. They certainly will,” continued Serra.

“Chief will definitely thrive outside. You know, he’s the type of person people believe in. And that’s how we got here today,” added Briggs. “And he has an awful lot to offer society because he’s had this unique perspective on death row and then getting his sentence turned into life without possibility of parole, And then we’re going to get him out. And so, he has a lot to offer people and people want to hear from him.”

Since the pandemic began last year, Stankewitz’s legal team has not been able to visit Stankewitz at San Quentin.

Briggs stated that being unable to visit Stankewitz is not only a deprivation of his constitutional rights, but morally wrong as well.

“The state of California’s treatment of inmates, especially at San Quentin, is asinine and it’s dangerous. Not only do they fail to protect you from getting COVID, now they use COVID precautions as a means of depriving him of legal visitation. It doesn’t make any sense,” Briggs said.

Serra agreed, and stated the importance of such visits for the incarcerated. “It’s their only window into…the objectivity of an analysis of the case. It is their only window to the outside world. It’s the most important thing [in their routine], to see their lawyer.”

Serra continued, noting how other forms of communication aren’t good enough. “They write letters, that’s not adequate. They know they’re read even though they stamp on it the confidentiality.”

Weeks after this interview, Briggs was finally able to visit Stankewitz at San Quentin—a 10 month gap since their last visit.

But the ultimate goal is not more prison visits with Stankewitz. It is to release him from prison, a place they truly believe in their hearts Stankewitz should not be.

“And I think that we’re all going to have a day when he’ll sit among us and we’ll talk and we’ll (revisit) the case and his lifestyle. And that would be a wonderful time,” said Serra with a chuckle.

While a grey mask covered his mouth, a smile could be seen in Serra eyes. 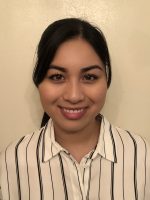