Orlando Smith is a talented illustrated journalist, graphic artist and comic book creator. He has been incarcerated for 23 years under the draconian Three Strikes Law for each of the eight counts of robbery against him. Smith’s sentence is 250 years.

Despite a hopeless sentence, Smith has spent time generating hope in his and others’ lives. He has honed his craft as an illustrated journalist and created over 65 graphic novels and illustrated, written and created 748 characters. A member of the Society of Professional Journalists, and Smith’s work has been published in the Appeal.org, The Davis Vanguard and the Columbia Journalism Review.

As an “Artivist”, Smith has produced a Protester Poster series, which he shared with numerous activists and social justice organizations, including Ella Baker Center for Human Rights, Dr. Cornel West, Michelle Alexander, Bryan Stevenson and Kim Kardashian, whom he met when she toured San Quentin’s Arts-In-Corrections program where Smith works and teaches classes.

Many of his artworks, featured here, chronicles CDCR’s mismanagement of the COVID-19 pandemic within San Quentin, which had up to 1,633 active cases back in July 2020. Smith also focuses on the racial inequities that persist both inside and outside the prison system.

Smith has created hope for others by teaching art-making in prison and by serving as a discussion leader for numerous years with the House of Yahweh group, which explores biblical text as a source of knowledge about resolving conflicts peaceably. He donates his art to raise funds for causes like the San Quentin Women’s Breast Cancer Cares Program, and he has participated in community arts projects with the Berkeley Art Museum, Southern Exposure Art Gallery in San Francisco, and Stanford University. Smith has a huge support system of family, friends and fellow artists, as well as of professional people and organizations committed to supporting his transition back into society. 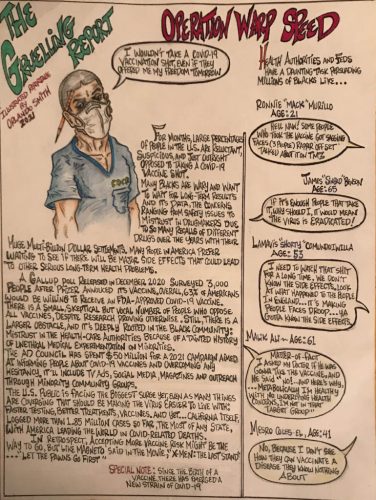 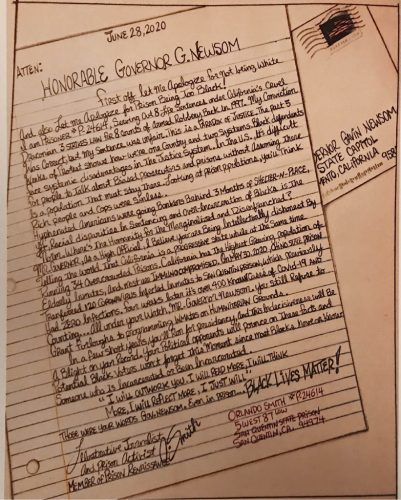 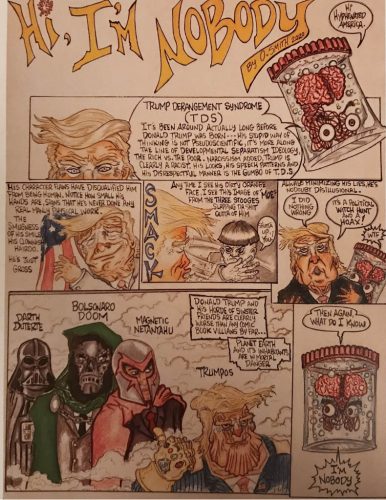 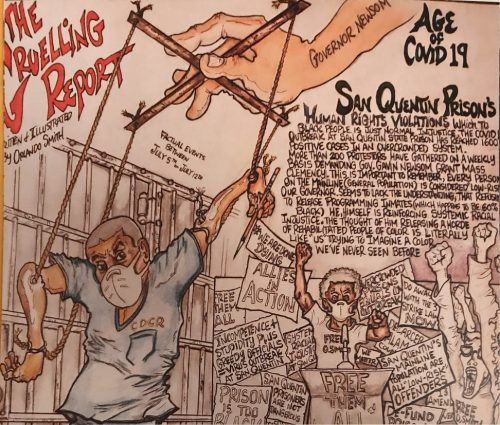 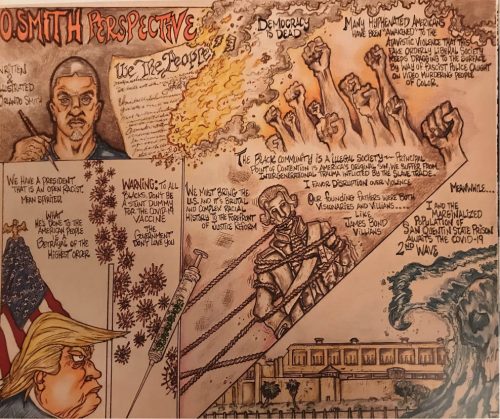 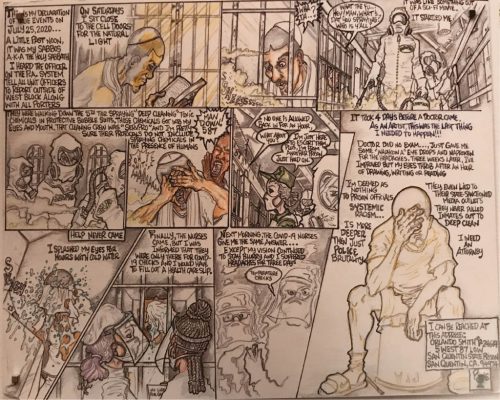 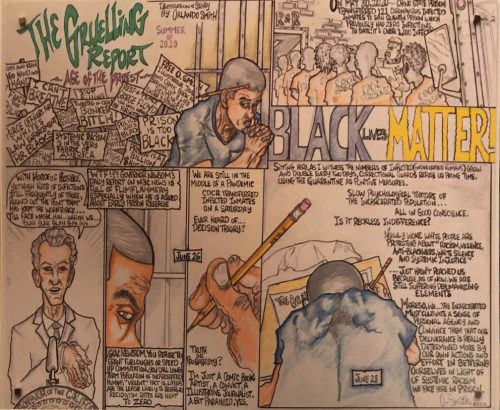 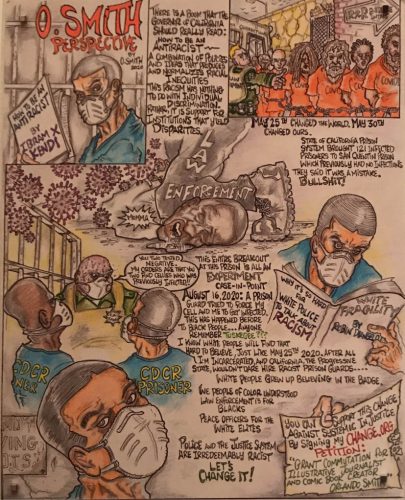 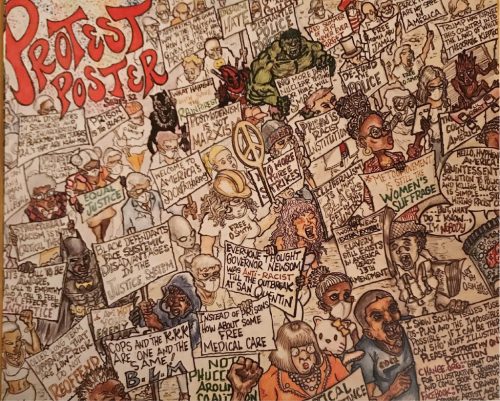 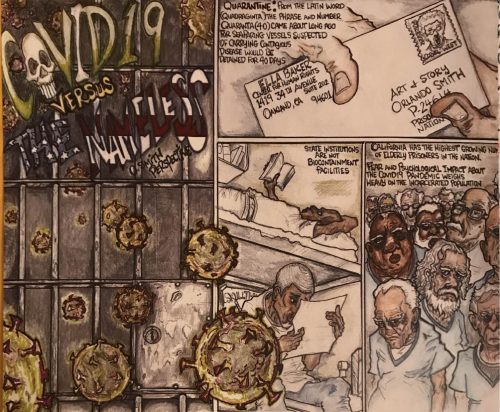 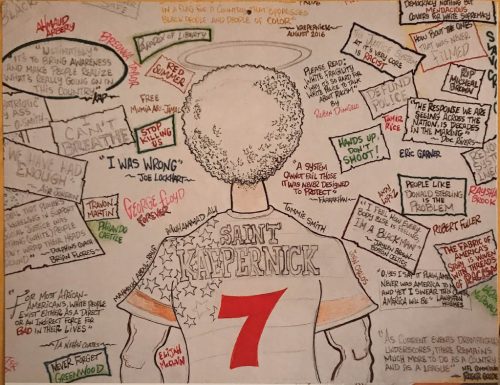 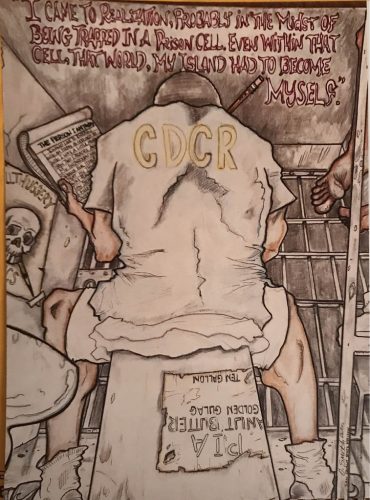