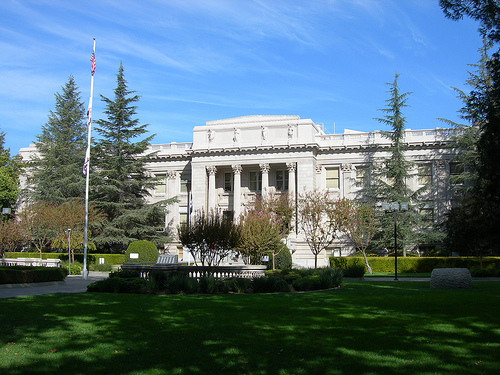 DAVIS — Universal Basic Income (UBI), a government program that once only existed in faraway Nordic countries, will soon arrive in Yolo County. Spearheading the pilot project is the director of the Health and Human Services Agency in Yolo County, Nolan Sullivan, who predicts the program might become operational as early as July 2021.

With UBI, a government–in this case Yolo County–would offer all citizens of a given population a periodic payment with as few strings as possible. Its general goal is to buoy those in precarious situations above the poverty line while they try to get back on their feet.

There are only a handful of other places across the country that have piloted such a program, including Stockton and Compton in California and Jackson, Mississippi.

Each program’s allocation system varies depending on their target population. For example, the one in Compton typically focuses on “unbanked, formerly incarcerated and undocumented” people while the one in Jackson is geared towards Black mothers in extreme poverty. Yolo County’s would focus on poverty-stricken households with young children.

“It’s not a super popular concept in the United States,” Sullivan admitted, which is why he is passionate about ensuring the project’s success and encouraging its effect to ripple beyond Yolo County’s borders. “I’m hoping the state or maybe Governor Newsom sees this and they adopt it. Fingers crossed.”

To justify why Yolo County is the ideal place to pilot an UBI program, Sullivan first highlighted the county’s “shocking” poverty rate of 20.6 percent, the third highest in the state, behind Santa Barbara at 21.1 percent and Los Angeles at 22.3 percent.

“That is not a place to be proud of or a place to be happy about,” he solemnly noted before moving on to his second reason, which is Yolo County’s unique geographical and demographic composition.

Sullivan stated, “Why not start in a county like Yolo County, that’s not teeny, but we’re not big…a really good use case to really study how these projects actually implement in different societies. We’re a pretty diverse community as well.”

Membership in the CalWORKS Housing Support Program (HSP) will be the preliminary factor in deciding which families qualify for UBI. HSP families are either homeless or have received an order of eviction from a court while lacking access to permanent shelter.

“The really amazing thing about the CalWORKS HSP program,” explained Sullivan, “is that we can pay just about whatever it takes to get you housed and stable…Whatever a homeless family needs to get back on their feet, the state allows us to purchase this under the HSP program.”

The only downside to the CalWORKS, in Sullivan’s opinion, is that it does not include undocumented families and to him “that is devastating in Yolo County.”

A 2019 census reported that there are 11,418 children in Yolo County under five years of age. Of that population, 704 (6.1 percent) depend on CalWORKS for their basic needs, and of that subset, 48 are HSP families that have already been identified as potential recipients of UBI.

“I would argue to this group and to any other group that these [48 families] are the most needy, the most at risk, the most impoverished children in Yolo County,” emphasized Sullivan. “This is the front line, the tip of the spear, this is the target group that we would focus on.”

The way payment is calculated depends on an index called the California Poverty Measure (CPM) that “improves upon conventional poverty measures” by accounting for the living expenditures, housing costs, and resources available to low-income families across geographical regions.

The goal of the UBI program is to close the gap between the grant HSP families get from CalWORKS and the minimum poverty threshold as indicated by the CPM index.

For example, the CalWORKS maximum grant would offer a family of four $13,465 each year (or $1,122 each month); however, the CPM dictates that to avoid poverty, the family needs at least $25,658 each year. To help them meet the minimum threshold, the UBI program would cover the $12,155 difference.

In addition to assisting these 48 Yolo County families, the pilot also aims to create a comprehensive evaluation of the effects of the program.

“What happens if you take a family that is living in poverty with a zero to two year old, and you pull them above the CPM for a full year?” is the question Sullivan hopes to answer by the end of the pilot.

Some variables the program plans to compare pre-and post-UBI include the health status of the overall family, the adults’ pursuit of higher education and attainment of long-term careers, and the amount of time parents are able to spend bonding with their children.

For now, the biggest hurdle facing the UBI program is funding.

Originally anticipating it would be a one year pilot, Sullivan was planning for a budget of $500,000. That figure escalated to $2.2 million after Yolo County recently decided to extend the pilot to two years.

“If any of you guys have friends or agencies or nonprofits or a rich uncle that would like to sponsor something like this in Yolo County, we are actively looking for donors and people that want to contribute,” said Sullivan.

The evaluation process will account for the largest slice of the budget, Sullivan noted. In his initial discussion with UC Davis researchers, he was “sticker shocked” by the cost of an evaluation.

Since state officials would rely on the data collected in deciding how to implement similar programs, the evaluation is not something that can be easily dismissed. In fact, it is so critical to the program’s success that Sullivan claimed, “if I can’t prove it with an empirical study and data to replicate it, I think I’ve failed.”

On the bright side, the program has managed to secure a number of “amazing partners so far.” Family Independence Initiative will run all of its payment processings while CommuniCare health centers will monitor the families’ health outcomes.

Furthermore, after learning that five of the 48 eligible families are in Davis, the Social Services Commission unanimously voted earlier this week to ask City Council to consider pulling $50,000 from the city’s Housing Trust Fund to support those five households.

With that extra boost, Sullivan will have reached $400,000, about a quarter of the way to the $2.2 million finish line. Despite the herculean task ahead, Sullivan felt “confident” he would be able to at least reach half that amount and launch the program by July 1, 2021.