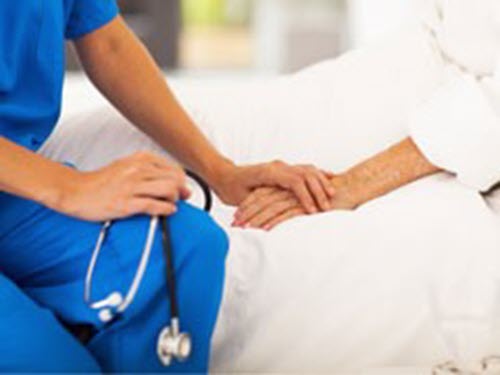 In 2015, the Legislature enacted the End of Life Option Act (EOLA), permitting a competent, qualified individual who is an adult with a terminal disease to receive a prescription for an aid-in-dying drug if certain conditions are met. (ABx2-15 (Eggman).) The provisions sunset on January 1, 2026. SB 380 (Eggman) would modify provisions of EOLA to improve access to the law and delete the sunset.

The EOLA, according to Senator Eggman, currently “requires individuals and their healthcare team to comply with a lengthy and administratively burdensome multi-step process. While on paper it appears that a person can get through the process relatively quickly, in reality it takes a dying person several weeks to several months to get through the process, if they are able to complete it and obtain the prescription at all. The empirical and anecdotal data collected shows that the current process is unnecessarily cumbersome, with too many roadblocks for many dying patients to access the law. These burdens are heaviest for underserved communities in rural areas and individuals from diverse communities, consistent with the inequities experienced during the COVID-19 pandemic. The pandemic has placed a spotlight on the toll that lack of access to healthcare and administrative burdens exact in minority communities. While health care disparities are not new, the coronavirus pandemic has amplified persistent, systemic healthcare inequality. SB 380 will remove barriers, especially for underserved ethnic, racially diverse and rural communities, ensuring that all eligible terminally ill individuals are in charge of their end of life care while retaining the right to remain autonomous and die with dignity.”

The EOLA contains myriad requirements and steps that must be followed as a condition of being provided with an aid-in-dying drug, including the following:

Oregon enacted the first physician-assisted suicide law in 1997. California became the fifth of nine states to pass such laws when it enacted the EOLA in 2015 (effective January 1, 2016).

Under the EOLA, “terminal disease” is defined as “an incurable and irreversible disease that has been medically confirmed and will, within reasonable medical judgment, result in death within six months.” At that point, the individual may make a request to the attending physician for an aid-in-dying drug.

Several additional steps must be taken to ensure that the person is making an informed decision that is not the result of coercion or undue influence or a mere whim. If all the conditions of the EOLA are met, the attending physician may prescribe an aid-in dying drug to the qualified individual. The qualified individual may then self-administer the aid-in-dying drug.

According to a report from the California Department of Public Health, between June 9, 2016 and December 31, 2019, prescriptions were written for a total of 1,985 people; 1,283 individuals (64.6 percent) have died from ingesting the medications. Of the individuals who died during that period, 1,112 (86.7 percent) were receiving hospice and/or palliative care. Extrapolating from the results of a study from Kaiser Permanente Southern California, the author and sponsors estimate that roughly 1,000 terminally-ill people who were otherwise eligible have sought and failed to obtain aid-in-dying services under the Act.

The author and sponsors argue that the existing, multi-step process in the EOLA hampers or prevents many terminally-ill individuals from exercising their right to obtain aid-in-dying medication. According to the Kaiser Permanente study, one third of terminally ill adults who sought to access the EOLA died before completing the time-consuming process, which includes the 15-day waiting period and can sometimes take months to complete.

Some have argued that the EOLA and SB 380 violate the First Amendment, which prohibits certain types of compelled speech. However, free speech has limitations in the context of the regulation of professional conduct. In Planned Parenthood of Southeastern Pennsylvania v. Casey, for example, the U.S. Supreme Court upheld a requirement that doctors disclose truthful, non-misleading information to patients about certain risks of abortion. The EOLA and SB 380 do not require anything beyond the disclosure of truthful information so that a patient can determine whether to seek a physician who participates in the EOLA.

In support of SB 380, the Monterey County Palliative Care Collaborative said: “As physicians, social workers, nurses, nurse practitioners, and pharmacists, we believe our patients’ experience at end-of-life should be compassionate and their wishes should be honored. Person-centered, dignified care means that together with their clinical team, patients who are faced with a life-limiting illness, should have the right to explore all treatment options, including aid-in-dying medication if certain conditions are met. … In addition, the COVID-19 pandemic has exposed health disparities in access to care among different communities. The hurdles that make it difficult for dying people to use this compassionate law is magnified in communities of color, where patients often don’t have access to the same resources and referral networks that can best inform them about their end of life options.”

Opposition to SB 380 has come from numerous organizations, including some medical associations, religious groups, and disability rights advocates. The California Family Council, for example, argues that the author “is attempting to remove many of the purported ‘safeguards’” in the EOLA and that “[t]he proposed changes to this bill will only result in more people being manipulated into ending their lives when they could be offered better, live-affirming options.”

The Church of Jesus Christ of Latter-day Saints argues that euthanasia, which they distinguish from removing artificial means of life support, “is a violation of the commandments of God. … We are particularly concerned, therefore, about the portions of the bill that shorten the time frame, that delete second-thought safeguards currently in the law.”

The League of United Latin American Citizens asserts that medical aid-in-dying is unscrupulously deployed in a way that disproportionately harms the Latino community: “Assisted Suicide does not constitute health care and is a dangerous risk to Latino communities, who are struggling to attain any option of basic care. We firmly believe that [assisted suicide] is not about choice when so many people of color lack access to sufficient medical care. Latinos face a myriad of health disparities due to inequities of our socio-economic systems and now amidst the Covid19 pandemic are experiencing greater rates of infection and mortality due to lack of access to health care.”

In response, the sponsors of SB 380 say that “[e]vidence and data demonstrates that the implementation of medical aid in dying contributes to improvements and access to other end-of-life care services. For example, a survey of physicians following authorization of the Oregon Death With Dignity Act showed 30% of responding physicians had increased the number of referrals they provided for hospice care, and 76% made efforts to improve their knowledge of pain management. …

“In fact, if anything, the additional regulatory roadblocks in this law could be having a disproportionate impact on Latinos and other underserved communities’ ability to access the law. Only four percent of Californians who utilized the law were Hispanic, despite the fact that Hispanics represent more than 39 percent of the state’s population. The amended bill is designed to help reduce these disparities in access so that all populations have equitable access to medical aid in dying.”

While there is by no means consensus, some disability rights organizations and advocates have long had concerns with assisted suicide laws, arguing, for example, that they are subject to coercion by healthcare providers and other caregivers, and that medical predictions of end of life often prove to be inaccurate. Testifying at the Senate Judiciary Committee hearing in opposition to SB 380, Disability Rights Education & Defense Fund (DREDF) expressed concern with the elimination of the sunset and of what were originally characterized as safeguards before there is an opportunity to evaluate data on the effects of the law. Further, DREDF argued, the Legislature should be more concerned with access to hospice and palliative care by underserved communities than with expanding access to assisted suicide.