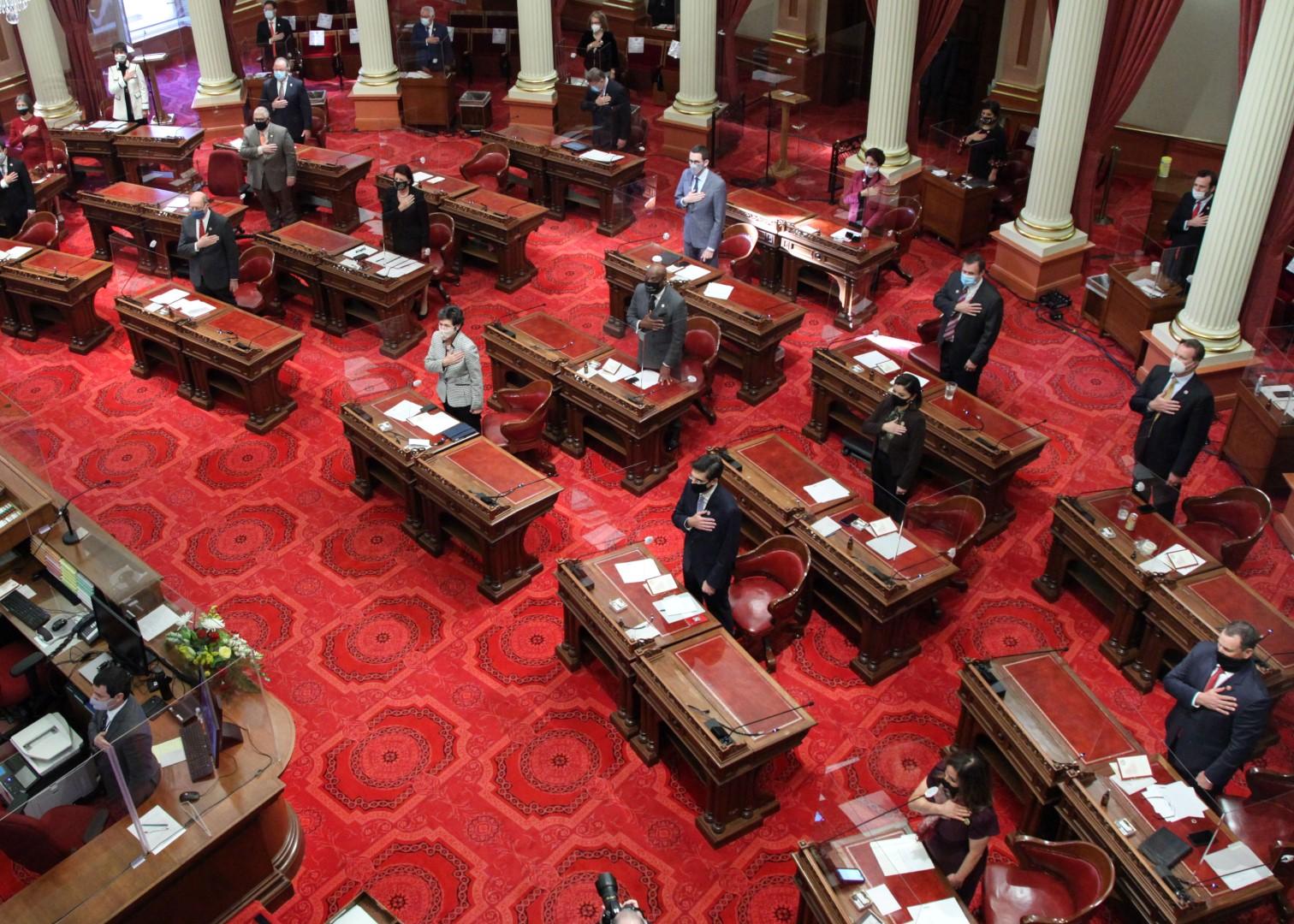 Image from the California State Senate

SACRAMENTO, CA – The State Senate here this week approved a measure to end mandatory prison sentences for nonviolent drug offenses in California – it awaits approval by the Assembly and would then go to the governor for his signature.

This bill would end the restriction placed on judges to deny defendant’s probation, and allow judges to have sentencing discretion to place individuals convicted of nonviolent drug offenses on probation or in rehabilitative programs if seen fit.

“Currently, if a person has a prior nonviolent drug offense and is convicted of a second offense for drug possession for personal use or similar crime, a judge is prohibited from sentencing them to probation,” according to supporters.

Judges are also prohibited from sentencing first time nonviolent drug offenders to probation, something that has fueled mass incarceration since the War on Drugs in the 80s. Previously, defendants charged with nonviolent drug crimes had mandatory prison time.

Assemblymember Wendy Carrillo (D-Los Angeles) states, “Judges are actually forced to incarcerate people who would be better treated and supervised in their own communities under probation.”

Drug usage has become incredibly racialized. One study found that when participants were asked to envision a drug dealer, 95 percent of them perceived the individual as African American.

While it has been noted that most illegal drug users nationwide are white, African Americans and members of the Latinx community make up nearly 75 percent of drug arrests. In passing this bill, supporters said they hope to reverse this racial narrative within the prison systems.

“The War on Drugs has been widely acknowledged as a racist policy failure…costing huge amounts of money while tearing apart communities and not making us safer,´ according to Wiener’ statement.

Speaking of the economic toll that the War on Drugs has had on the state of California, Deputy Public Defender Nick Stewart-Oaten reports, “Every year someone is incarcerated costs California roughly $80,000.

“It’s a giant expense for California in a time when we face massive budget cuts and an economic recession due to the COVID-19 pandemic and economic shutdown. Mass incarceration costs our state unnecessary billions that should be going to priorities like schools, healthcare, and infrastructure,” he added.

“It’s far past time to end mandatory minimum sentences,” Wiener shared. “Incarcerating people struggling with substance use disorder does not make us safer, and does not make drug addiction go away. Drugs are a health issue, not a criminal issue, and it’s time to take steps to acknowledge that reality.”