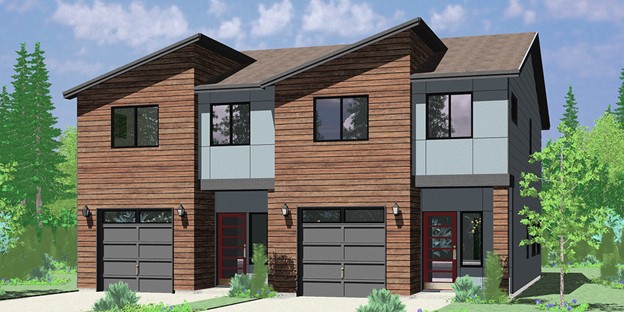 Among the Davis Housing Element Committee’s recommended changes to the City Housing Element is to “Explore removing R-1, aka single-family home only zoning.” A bill now making its way through the State Legislature—SB 9 (Atkins)—would not eliminate R-1 zones; however, it would broaden the type of housing permitted by right in single-family zones.

Local governments have broad authority to define the specific approval processes needed to meet zoning requirements. Typically, most large housing projects require “discretionary” approvals from local governments, such as a conditional use permit or a change in zoning laws. This process requires hearings by the local planning commission, public notice, and may require additional approvals. City or county planning staff can permit some housing projects “ministerially” or “by right”: without discretionary approval from elected officials.

According to the author, SB 9 “promotes small-scale neighborhood residential development by streamlining the process for a homeowner to create a duplex or subdivide an existing lot. SB 9 strikes an appropriate balance between respecting local control and creating an environment and opportunity for neighborhood scale development that benefits the broader community. To that end, the bill includes numerous safeguards to ensure that it responsibly creates duplexes and strategically increases housing opportunities for homeowners,

“At a time when many Californians are experiencing economic insecurity caused by the pandemic, this bill will provide more options for families to maintain and build intergenerational wealth—a currency we know is crucial to combatting inequity and creating social mobility. SB 9 provides flexibility for multigenerational housing by allowing homeowners to build a modest unit on their property so that their aging parent or adult child can have an affordable place to live.”

SB 9 would allow duplexes to be built in many single-family zones, even if local officials and residents have said they do not want them, and it would allow for the creation of smaller parcels than local governments might allow on their own. The bill provides, however, that local zoning standards that do not conflict with the bill still apply, so the duplexes allowed under the bill will retain much of the look and feel of the neighborhood. This may include considerations of such matters as setting maximum heights and densities for housing units, minimum numbers of required parking spaces, setbacks to preserve privacy, lot coverage ratios to increase open space, and others. These ordinances can also include conditions on development to address aesthetics, community impacts, or other site-specific considerations.

SB 9 would require cities and counties to permit ministerially either or both of the following, as long as they meet specified conditions:

The combined application of these requirements could result in four homes on a parcel where previously only one single-family home was permitted.

To be eligible, a development or parcel to be subdivided must be located within an urbanized area or urban cluster, as defined by the United States Census and cannot be located on any of the following:

SB 9 would require a housing development containing no more than two units to be permitted ministerially in single-family zones if the development meets certain conditions, including the requirements on eligible parcels above. A development can include adding one unit to an existing unit or constructing two new units.

SB 9 would allow, until January 1, 2027, a local agency to impose conditions that an applicant be either: An owner-occupant for one year from the date of approval of the urban lot split; or a qualified nonprofit corporation that receives a welfare exemption from the property tax pursuant to specified sections of law.

SB 9 would prohibit projects or lot splits that would require demolition or alteration of an existing housing unit of any of the following types of housing: Rent-restricted housing, including deed-restricted affordable housing and housing subject to rent or price control by a public entity’s police power; housing that has been the subject of an Ellis Act eviction within the past 15 years; or housing that has been occupied by a tenant in the last three years. SB 9 would also prohibit the development of accessory dwelling units (ADUs) or junior ADUs on parcels that use both the urban lot split and duplex provisions of the bill.

SB 9 would also apply the limitations on parking requirements from ADU law to both duplexes and urban lot splits under the bill.

It is worth pointing out that single-family zoning has a racist history. (See, e.g., KQED report.) When cities first created neighborhoods where only single-family houses were allowed, it was about more than separating homes from apartments; it was about separating white families from everyone else. Renting an apartment or duplex is less expensive than renting or buying a home. Single-family only zoning is part of a legacy of racist housing policies like redlining that barred Black families from receiving federally backed loans following the Great Depression and from the GI Bill after WWII. As pointed out in the KQED report, as you increase the percentage of single-family zoning in a city, you increase the percentage of white residents.

A recent article on the website Medium.com argues that there is compelling evidence that single-family zoning has damaged the environment by encouraging suburban sprawl and car reliance, worsened affordability by restricting housing supply, and undermined inclusion by keeping lower-income households out of high-opportunity neighborhoods. The article summarizes the arguments against single-family zones as made in recent articles published in the Journal of the American Planning Association, which include the following:

According to the League of California Cities, “SB 9 as currently drafted will not spur much needed housing construction in a manner that supports local flexibility, decision making, and community input. State-driven ministerial or by-right housing approval processes fail to recognize the extensive public engagement associated with developing and adopting zoning ordinances and housing elements that are certified by the [Department Housing and Community Development].”

SB 9 is virtually identical to a bill from the last session—SB 1120—that made it through both houses of the Legislature but missed the end of session deadline for approval of the bill in its final amended form.

SB 9 was passed by the Senate Housing Committee, Senate Government and Finance Committee, and Senate Appropriations Committee. It is now awaiting a vote on the Senate Floor and, if passed, will move on to the Assembly.