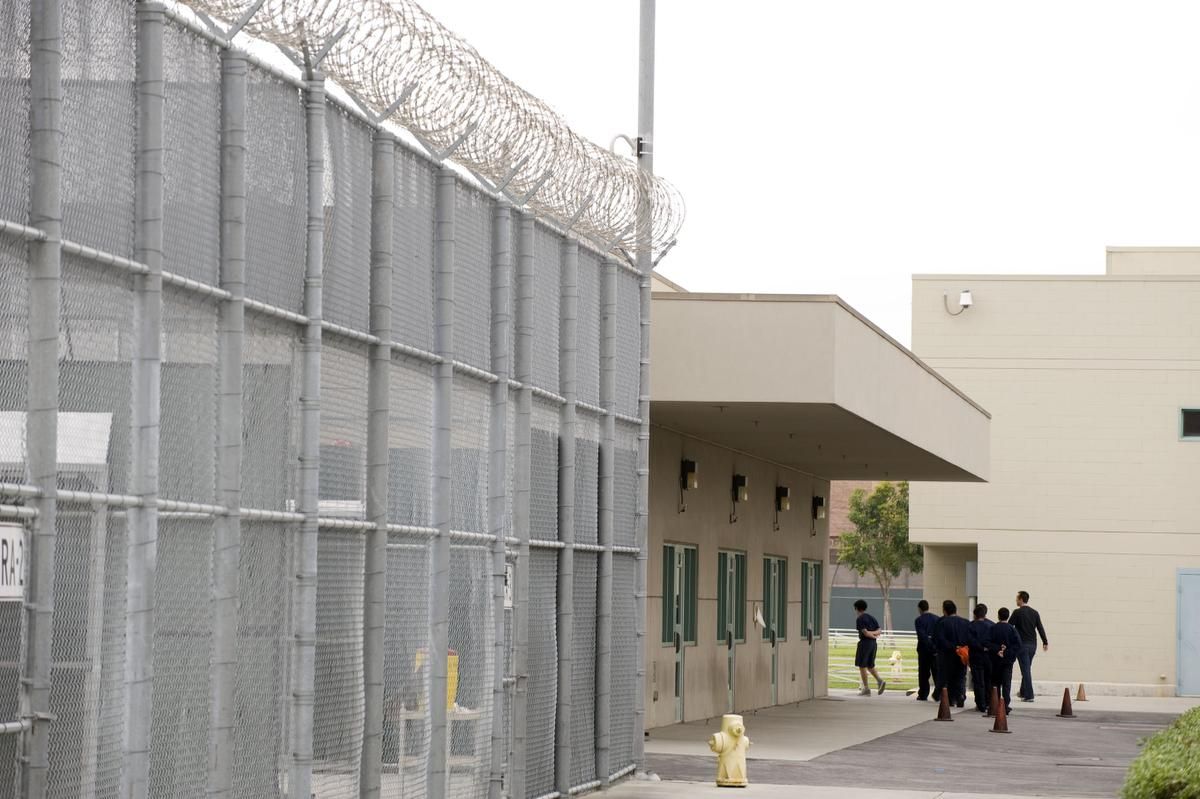 SACRAMENTO, CA – The Sac Kids First coalition of organizers hosted a community forum where they discussed the effects of the passage of SB 823, legislation to close the Division of Juvenile Justice and create funding for counties—including Sacramento County—to take care of their justice-involved youth.

Laura Ridolfi, a member of the Social Justice and Well-Being team with the W. Haywood Burns Institute, reminded everyone at the forum that, thanks to the funding going towards the planning, there are many opportunities “for us to think creatively of what is the best healing based approach for people who would otherwise be subjugated to DJJ.”

She then suggested to everyone in attendance to look for examples of healing-based approaches outside the state of California and be inspired to implement those models in their own counties.

Ridolfi noted the Alternative Rehabilitation Communities (ARC) that’s located in Harrisburg, Pennsylvania, as a model for what could possibly come to various California counties. The ARC takes in justice-involved youth in a house just like any other house you would see in a neighborhood.

She explained that ARC’s philosophy is to make the youth’s “experience as close to home as possible” and that the “youth cook together, youth eat together, and there’s a large yard where they gather.”

Ridolfi then gave a second model in the Credible Messengers program from Washington, DC, which is run by Clinton Lacey, the Director of the Department of Youth Rehabilitation Services.

She explained that “members of Credible Messengers serve as mentors to youth who are committed to his department for serious and violent offenses,” and she added that “these Credible Messengers are folks in the community who were impacted by the justice system and can therefore relate to and connect with young people at a different level.”

As one of the state advocates for SB 823, she explained that the intent of the bill “is for there to be a continuum of responses for youth involved in the justice system and that legislatively we need to be thinking about putting up the least restrictive appropriate environment for young people who are coming into the justice system.”

With California in the process of closing youth prisons, Sacramento County has now found itself in a rare opportunity to develop a humane juvenile justice system that focuses on supporting and healing the youth dealing with the justice system.

The state will be giving Sacramento County new funding for creating a new phase in the county’s juvenile justice system.

The Probation Department will lead this new project and work collaboratively with the Juvenile Justice Coordinating Council (JJCC) subcommittee.

The four members of the JJCC were present to speak on their hopes and desires for the committee’s role in creating a plan that centers on healing for youth involved in the criminal justice system and phases out the presence of law enforcement as much as possible.

One of the members, Josef Gray, is the Sacramento Director of Anti-Recidivism Coalition and he expressed his excitement saying that “we have an opportunity to redefine what rehabilitation, healing and support looks like for these young people who go through the system.”

He pointed out that his weekly interactions with young people going through the Division of Juvenile Justice allow him to “have the opportunity to get their direct voice of what they need and what they want would be helpful for them and I trust myself to advocate the best that I can on their behalf with their voice.”

Kong Xiong, a Youth Counselor at East Bay Asian Youth Center, shared Gray’s enthusiasm for the committee stating that “my goal is to hopefully make some change from the inside out and to provide better humane opportunities for youths who are incarcerated and set up opportunities for them to be successful once they come out.”

Mercedes Parker, a Community Liaison for Learn4Life, spoke on the committee’s resolve for creating a community-based approach to justice, stating that they have an “obligation as members of this community to make our future better for young people, period.”

She reminded the committee that it is vital to “engage directly with the youth and talk to them about what they need and to use our privilege as adults in occupying these spaces and advocate for them and make sure they are represented in these rooms so that we are actually able to transform the justice system.”

Parker expressed her own personal goals on the path towards a humane justice system, confiding, “I lean more on the side of abolition.”

Keeping her abolitionist goals in mind, she admits there are going to be difficult days to come as a member of the committee, adding, “I know that this is a marathon and not a race and so that’s a daily battle for me doing this work.”

As an abolitionist, Parker is a strong proponent of prevention, noting, “I know how important it is for young people to have access to these resources prior to ever being involved with the justice system.”

She added that she also knows “how often young Black people get excluded from those resources and opportunities” and that “a lot of this stuff is based on class disparities.”

With that knowledge and as a member of the JJCC, Parker promises to do the best she can to uplift the voices of those directly impacted by the criminal justice system.

She hopes someday that her work as a committee member will lead to “ultimately closing all of these facilities.”

Raechel Ibarra, a case manager for the Children’s Law Center, agreed with Parker’s views on abolition, “I’m all about canceling all of this” and explained, “I’ve seen the harm that it causes in families, I see how separation from families becomes more traumatic and detrimental to everybody in the community.”

She told everyone in attendance that her commitment to the JJCC stems from her passion for the indigenous and youth of color that she supports and works with on a daily basis.

After expressing their hopes for the subcommittee, the four members acknowledged that the road towards a community-based juvenile justice system is not without its obstacles.

Ibarra admitted that she is concerned by the type of providers working with youth at the Sacramento Youth Detention Facility (YDF), especially those using de-escalation tactics. She stated that when “talking about de-escalation tactics, de-escalation and crisis intervention I want to know who it is that’s going to be working there directly with the youth.”

With that concern in mind, Ibarra would like to address this issue by seeing more providers with child informed care interaction with impacted youth. She added that “there are people who are specially trained in those types of situations that are there to not cause any more harm.”

She added that there also needs to be more counselors and social workers with lived experience to relate to the youth in these facilities.

Ibarra also addressed her concern about indigenous youth not being mentioned as much in juvenile justice data.

She stated that they should address “properly identifying these youth” and added “there’s disproportionate numbers of indigenous youth in the juvenile justice system and according to the data there is not one credible member or American Indian youth that was identified. It’s all Latino or African American, and White.”

Ibarra concluded, “I think that is a huge miss in the data across the board in every system that we’re dealing with.”

Parker identified possible differences in interests between probation officers and the members of the subcommittee.

She elaborated that law enforcement has “a very traditional way of doing things” and that “sometimes when you are a newcomer in this space you know the ideas you have are a little bit more different than the standard ways of doing things even though those ideas are supported by the law at this point.”

Given the differences in how probation officers and the JJCC members think, Parker states that her desires of seeing less law enforcement in facilities and Ibarra’s desires to see more childcare informed providers might take more effort in being implemented seeing as how she has not seen any concrete plans to move forward with these desires.

She mentioned that “we’re talking about it but I’m not sure where we’re at with it right now.”

Despite noting that there might be future disagreements between JJCC members and law enforcement on how to create a humane juvenile justice system, Parker noted, “I do get a sense of strong collaboration from the probation department thus far.”

She also expressed that members of her own community are skeptical of this collaboration; Parker has recalled being told by them that “I may have just caught a few people on a good day.”

In light of her community’s skepticism, she’s realized that there is much work to be done ahead.

Furthermore, Gray expressed that his main concern is that the funding being granted by the state might not be used towards the youth dealing with the justice system.

He realizes that “the budget could very easily work out for the opposition with a majority going towards salaries and additional staff and things like this.”

He concluded that the subcommittee would have failed the youth it’s trying to serve if more money went towards supervision and not towards the programs and resources that young people need.

Share:
Tags:Anti-Recidivism CoalitionDivision of Juvenile JusticeJuvenile JusticeSacramento CountySB 823
Previous : The Vanguard Week in Review: Court Watch (June 7 to June 11, 2021)
Next : Sunday Commentary: AB 1542 Is Both Too Broad and Too Narrow