SACRAMENTO, CA — The defendant’s girlfriend, referred to as “Jane Doe” here in Sacramento County Superior Court this week, accused boyfriend Antoine Rivers of allegedly firing a gun on April 10, 2020, at the vehicle she was in at a nearby 7-Eleven store.

Deputy Irene Venegas at the Sacramento Sheriff’s Office was called in as a witness where she was interrogated and cross-examined by Deputy District Attorney Chris Carlson and Assistant Public Defender Larry Yee.

The same day Rivers’ altercation with Doe took place, Doe reported the incident to Deputy Venegas at the parking lot of her workplace, who said she was told by Doe “there was an argument (between Doe and Rivers). He was going into the 7-Eleven. She was upset and felt disrespected, (so) she drove off.”

Deputy Venegas continued to recount the information that Doe previously gave her. She said that as Doe was waiting for the light to turn green, “Mr. Rivers approached the car. Doe had rolled up the windows and locked the doors but left the sunroof open.”

Doe said Rivers then broke through the sunroof where he grabbed the handgun from the center console.

“She said she didn’t know the gun was there,” the deputy added.

Rivers then jumped off the car where he allegedly instructed Doe to not move. Shortly after, Doe claimed to have heard a loud pop, her windows shattering.

When DDA Carlson asked Deputy Venegas about the appearance of Doe’s car at the time she made the report, she said that “there was a hole in the windshield, and the passenger window was damaged.”

Defense counsel Yee then questioned Deputy Venegas’ credibility, noting she didn’t memorialize the incident in one to two days like she had been trained to do in the Police Academy. Yee also brought up the fact that the deputy was not wearing a body camera during the night Doe had filed a report.

In response, Deputy Venegas said that she wasn’t assigned to take observations and was not able to memorialize the incident in the appropriate time while the report was still fresh in her memory. She claimed that she was also not assigned a body cam that same evening, implying that the aforementioned concerns Yee brought up were out of her control.

Yee then asked the deputy to clarify that Doe had in fact “heard a pop sound (but) did not say that she saw a gunshot” to which she responded that “(Doe) said she remembered hearing it before seeing,” and later stated that she herself did not ask for further clarifications.

In an attempt to undermine the credibility of Doe, Rivers’ lawyer argued “people who have seen a gunshot or a gun firing will describe, for example, ‘a flash of light’ or ‘a plume of smoke.’ (But Doe) didn’t describe anything like that.” He then asked the deputy if Doe appeared to have broken glass on her, to which she responded, “I do not remember.”

To ease Yee’s doubts regarding the plausibility of Doe’s story, DDA Carlson pointed out that the gunshot hole in the windshield confirms that a real gun was aimed and fired at the plaintiff’s vehicle.

Ultimately, Judge Richard K. Sueyoshi ruled that the “the court finds that there’s sufficient cause to believe that the defendant is guilty.” 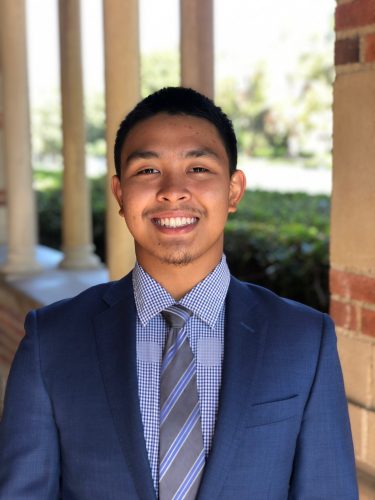