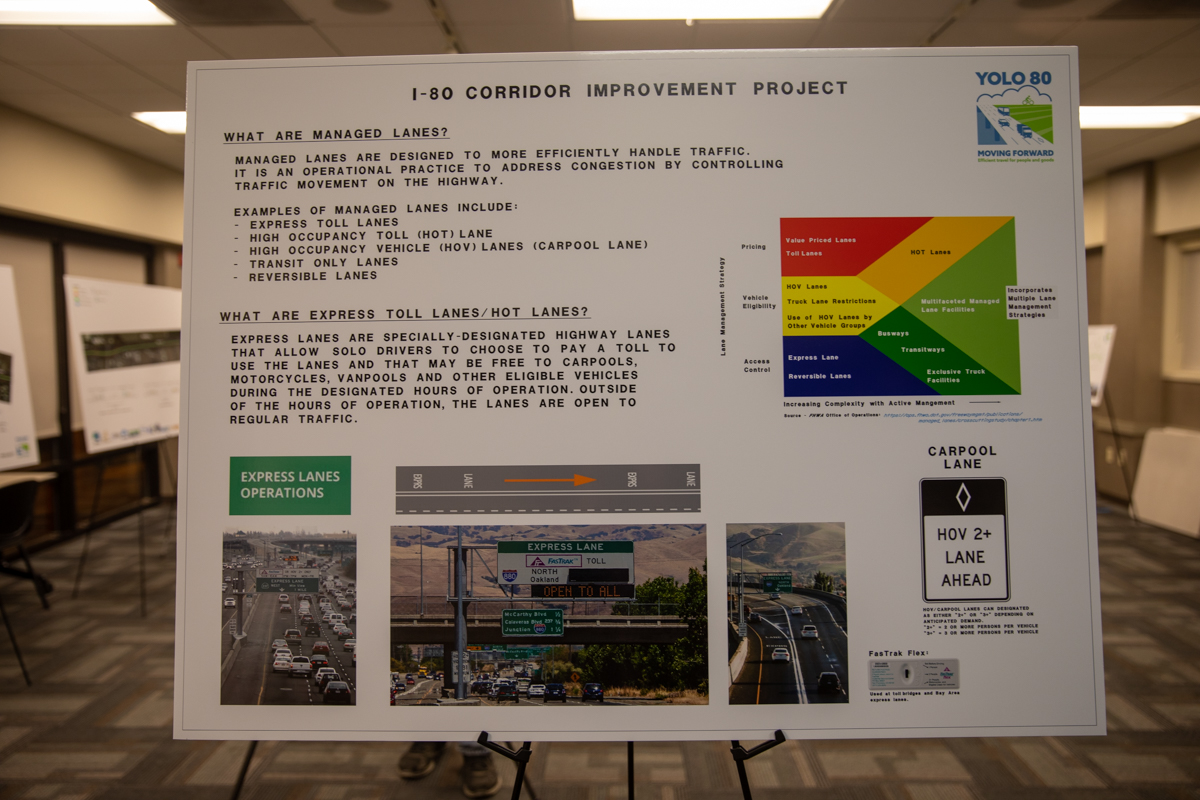 Yolo County – With the economy re-opening, the reprieve that Davis felt for the last 15 months or so with regard to traffic backing up from I-80 bottlenecks at the Causeway—and causing spillover impacts on local roads like Mace—could be letting up.

While the city has pledged to restructure Mace to hopefully alleviate some jam, the longer term fix is likely to free up traffic on I-80, some of which backs up from the Causeway.  The long-term fix is more vehicle travel lanes and that just got a big boost in the form of a grant to CalTrans.

culmination of that advocacy.”

Garamendi joined state, county, and city partners in advocating for this grant when he wrote to U.S. Transportation Secretary Pete Buttigieg in March to support the project and request approval of the INFRA Grant application.

“The $85.9 million in federal funding will be used to reduce congestion on Interstate 80 and U.S. Highway 50 by creating new managed lanes along 17 miles of highway,” according to a release.. “New pedestrian and bicycle facility improvements, as well as intelligent transportation system elements such as ramp meters and changeable message signs, will also be installed.”

In a March letter to Buttigieg, Garamendi wrote: “The I-80 corridor improvement project area is the primary roadway connecting the Bay Area to Sacramento and an important route for regional commuter and freight traffic currently experiencing heavy congestion.”

If approved, Garamendi said, “federal grant funding for the proposed project will significantly reduce congestion on the freeway by utilizing an innovative managed lanes approach.”

In his view, “The project will also directly benefit the critical east-west movement of goods in northern California from the Port of Oakland and San Francisco Bay Area to the Port of West Sacramento and greater Sacramento region.”

On Wednesday Garamendi reiterated, “This project will greatly improve traffic flow across the Yolo Bypass, reduce greenhouse gas emissions, and improve agricultural and manufactured goods movement to the Port of Oakland, Port of West Sacramento, the San Francisco Bay Area, and the greater Sacramento region.

“This is a boon for our environment and our economy, and every part of the Northern California Megaregion is well-served by this significant announcement. Thank you to the Yolo County Transportation District, Caltrans District 3, Sacramento Area Council of Governments, and every other advocate and partner who helped make this day possible,” Garamendi concluded.

In November of 2018, Caltrans hosted an open house at the Blanchard Room.  At that time, city officials expected that the project was at least ten years out.

In the meantime, as Adrian Engel from Fehr & Peers pointed out, “some of the congestion can be mitigated with the solutions that we have, but all of it will not be mitigated.” The key is there will be “freeway congestion that causes queuing onto the corridor.”

While the project now has funding, this is still not expected to be a short-term fix.

“This project will benefit the entire region by reducing congestion and greenhouse gas emissions, improve goods movement and transit operations, and enable smoother travel across the Yolo Bypass. Many partners have worked for years to bring this forward.  Special thanks go to the Caltrans District 3, Yolo Transportation and SACOG teams and Congressman Garamendi for bringing this resource to our region,” said Don Saylor, Yolo County Supervisor.

“The announcement of this grant award is huge news for Davis and Yolo County, and the I80/Causeway expansion project is essential to improving regional transportation options throughout the Northern California Megaregion. We undertook a collaborative team effort approach in advocating for this project, and I look forward to it bringing needed relief to our communities,” said Lucas Frerichs, Vice Mayor of Davis and 2020 Sacramento Area Council of Governments Board Chair.