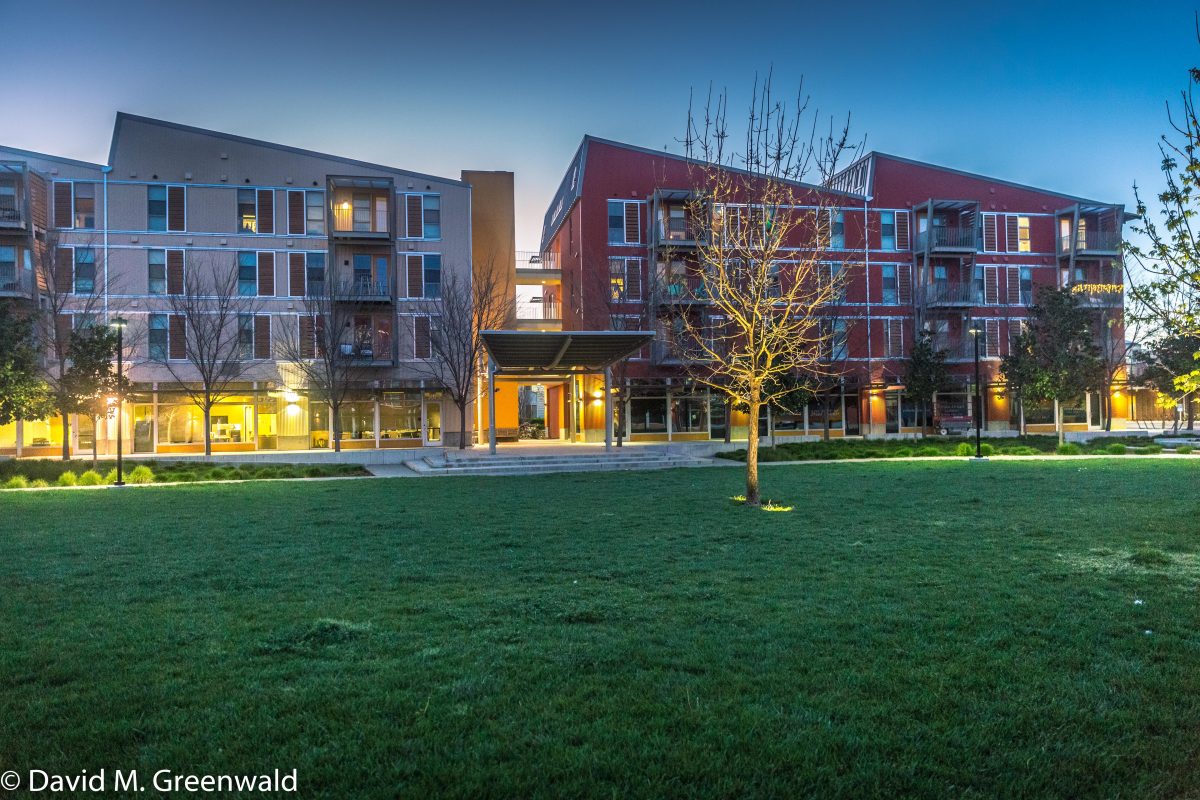 Davis, CA – Lost in a lot of extra-curricular discussion this week is the fact that the university this week reached two major milestones in actually fulfilling their promised housing expansion.

The university completed The Green at West Village and will now break ground on work on the Orchard Park housing development.

“These important milestones on Orchard Park and The Green at West Village are helping to fill a critical need for on-campus housing,” said UC Davis Chancellor Gary S. May. “This is a big win for students, the university and our surrounding communities. It’s all thanks to close collaboration with the city of Davis, Yolo County and our development partners.”

The university therefore completed what they said they would, and did it really on time.  Given their track record—which is definitely deserved in this respect—this is an important accomplishment.

The next piece will be Orchard Park, which will include almost 1,600 beds in just over 600 apartment units and community facilities for both single graduate students and for families.

Orchard Park will be open for tenants in fall 2023.

“It will make a substantial difference for graduate students,” said Jonathan Minnick, president of the UC Davis Graduate Student Association. “A significant percentage of each cohort of graduate students will have the opportunity to live on campus.”

These developments invariably lead to the inevitable university versus city housing discussion.  That part did not disappoint either.

Personally I think there are advantages to housing both on campus and off campus.  I have had repeated conversations with various students who actually like the idea of being able to stay on campus for two years, but almost none like the idea of remaining on campus all four of the years.

One of our commenters asked “is that a valid reason for the city to pursue megadorms, and the various types of costs/impacts those entail?”

Another responded with “the valid reason for the city to pursue more student housing was that we didn’t have enough housing at the time.”

Personally I think the city has taken the right approach with regard to student housing.  First of all, while student housing wasn’t the only need in the city, it was not only the most pressing need at the time, starting in 2015, but you could also say its shortages were also driving other housing shortfalls for other groups.

Second, this is not an either/or situation.

Between the university’s efforts and the city’s efforts, enough housing for students has been put into the pipeline that moving our focus to other housing needs now makes sense.  But at the time of approval, and even now, housing was so scarce for students that it absolutely was a necessity.

But to me the more interesting comment was the next one: “Why should the city be obligated to plan for housing and provide services for UCD’s revenue producing assets?”

I really don’t see it that way.  The city has never been obligated.  The city has, however, made the choice.  First, through its duly elected councilmembers and then through a vote of the people—who overwhelmingly approved over 2000 beds at Nishi.

We start getting into a pretty interesting discussion where one commenter argues: “A city should only take on new housing IF it in some way benefits the EXISTING residents.”

But, as I point out, benefits are subjective.  And who gets to decide?  Obviously right now the council does, with the voters not only getting to elect individual council members but also getting to vote on the back end in the form of a Measure J vote.

Clearly the commenter has a very narrow view of benefit, as he countered: “What do you mean ‘no objective answer’?   Compare the projected tax revenue compared to the projected costs.  Or whatever else new development can net the city (a new park, fire station, library, public pool…etc..).  If the tangible benefit outweighs the costs…we have a winner!”

But there is another problem here: the commenter believes that housing is also a net fiscal loss.  That means by tying housing decisions to direct fiscal calculations you end up in a place where cities should never add residential housing.

That’s probably a conclusion that some reading this agree with—whether they will state it publicly is another matter, but it remains to me impractical.

The commenter then had the temerity to suggest that my comments “are absolutely absurd” when, in fact, I’m simply pointing out the natural conclusion of the line of thinking.

Elsewhere I have pointed out that the city has taken steps to address costs.  But at some point, what we are looking at is not the additional costs of housing but rather the increased costs of city employees and city services.

While I think we can do better to contain future costs and mitigate the impacts of development on city coffers, I don’t believe for a moment that fiscal impact should be driving our housing policy.  Ultimately, cities are here to supply housing for people and provide basic services and amenities to support a high quality of life.

At the end of the day, I continue to believe that it is silly to look at lines on a map and determine that we can build here and not there.  Rather, I would argue that we should identify needs and figure out who best and who most easily can address those needs.