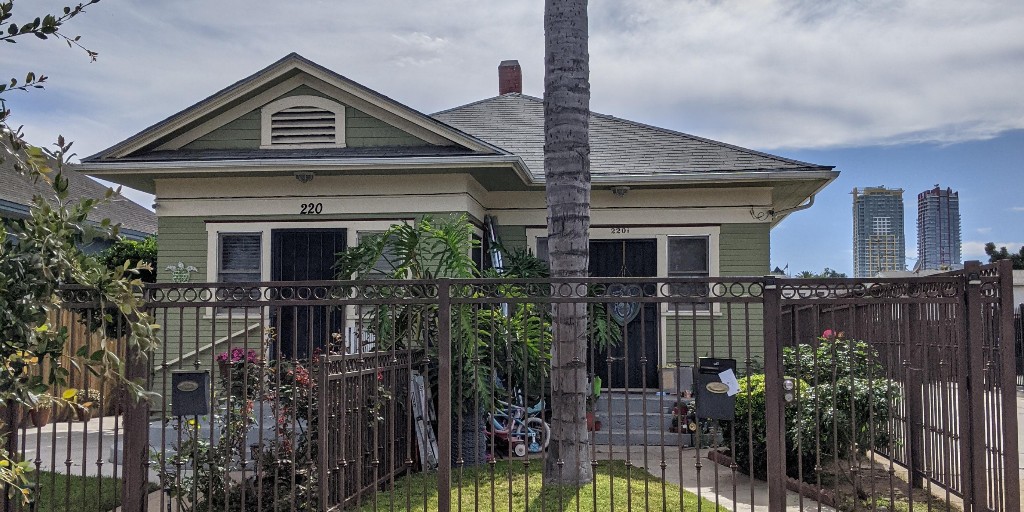 Two of the more contentious bills this term in the State legislature are SB 9 and SB 10, which would allow for increased housing density in single-family neighborhoods.

This weekend, presidents of Sacramento neighborhood associations gathered in front of the Capitol to speak out against those bills.

“We have many very serious concerns about both SB 9 and SB 10,” said Maggie Coulter, the President of the Elmhurst Neighborhood Association.  “They will eliminate predominantly single-family neighborhoods that so many people want.”

She said, “California needs affordable housing but neither of these bills provide that.”

She argued that this approach and the disruption it would cause is “completely unnecessary.”

She added, “Sold as the pathway to ethnically diverse communities, the truth is that SB 9 and SB 10 will lower the quality of life for all Californians so that absentee investors and corporations can grow even wealthier while living somewhere else.”

As Eric Gelber notes in his article in the Vanguard on SB 9, sponsored by Senator Toni Atkins, the bill “would not eliminate R-1 zones; however, it would broaden the type of housing permitted by right in single-family zones.”

According to the author, SB 9 “promotes small-scale neighborhood residential development by streamlining the process for a homeowner to create a duplex or subdivide an existing lot. SB 9 strikes an appropriate balance between respecting local control and creating an environment and opportunity for neighborhood scale development that benefits the broader community. To that end, the bill includes numerous safeguards to ensure that it responsibly creates duplexes and strategically increases housing opportunities for homeowners, renters, and families alike.

“At a time when many Californians are experiencing economic insecurity caused by the pandemic, this bill will provide more options for families to maintain and build intergenerational wealth—a currency we know is crucial to combating inequity and creating social mobility. SB 9 provides flexibility for multigenerational housing by allowing homeowners to build a modest unit on their property so that their aging parent or adult child can have an affordable place to live.”

SB 10 creates a voluntary, streamlined process for cities to zone for missing middle multi-unit housing. This legislation allows cities to upzone non-sprawl areas (areas that are close to transit or in existing urbanized locations, thus reducing vehicle usage and long commutes) up to ten unit buildings, if they choose. This streamlining tool will be a powerful one for cities to increase density. By allowing cities to choose to zone for up to 10 units per parcel, SB 10 makes it possible for cities to build significantly more housing in a way that makes sense within their local context.

“California is at a key inflection point when it comes to our housing crisis: we can keep kicking the can down the road while more and more people are priced out of their homes, or we can build more housing,” said Senator Wiener. “These pieces of legislation will make it easier to understand the scope of our housing crisis and what laws are or aren’t working, and will make it simpler to build more missing middle housing. These are three small but effective bills that California badly needs.”

Like Senator Wiener, proponents of these changes see this as a way to increase density and resolve the housing crisis without continuing to sprawl onto open space and farm land.

Opponents, however, see this as the destruction of single-family neighborhoods.

The rhetoric at times is intense.

Susan Shelley, an editorial writer in an op-ed, recently warned, “The Sovietization of California housing is coming.

“We’re not there yet in California, but we’re on the road that goes there,” she said.  “If Sacramento politicians and Los Angeles city officials have their way, we could be halfway there by the end of the year.”

She explained, “By there, I mean an irreversible policy shift that marches us toward a future where single-family zoning no longer exists, having been abolished by the ‘woke’ crowd as an unsavory and embarrassing relic of a time when racial segregation was formally enforced by law or informally enforced by the real estate industry.”

It is interesting to see the policy being hit by both the left and the right.  I find the right-wing attacks a bit ironic, since many conservatives oppose zoning altogether as an unwarranted government intrusion.

On the other hand, in a tweet responding to the protests in Sacramento, former News and Review Editor Cosmo Garvin tweeted, “Really disappointing when folks who spent years fighting for progressive causes switch over to fighting for segregation.”

Senator Toni Atkins, who authored SB 9 tweeted last week, “My district in #SanDiego is chock full of duplexes that are designed to fit into our incredible neighborhoods. They retain the community character we love, while opening the doors for more families to enjoy them.”

“Under its provisions, the owners of parcels currently zoned for single-family use would be allowed by right (subject to very limited environmental and other exceptions) to split their lots in two — and then to have up to two residential units on each lot,” they write.  “In other words, a parcel currently zoned for only one family could soon have four families squeezed together.”

They argue, “These changes in the rules would be imposed on local governments but would not provide true solutions to the state’s affordable housing crisis.”

Senator Atkins responds, “Offering homeowners the opportunity to reimagine their property and potentially create a duplex isn’t a poison pill — it’s a chance to increase the housing supply in California, expand revenue for homeowners and widen access to those who otherwise might be priced out of renting or owning a house.”

She argues that when you “[s]trip away the caustic, tired arguments and there lies the glaring bottom line,” she says the true problem is “a lack of trust among neighbors and fear of change.”

Where are we heading with this?  Probably nowhere near the consensus needed to pass such sweeping changes.

Personally I would love to see the Toni Atkins’ and Scott Wiener’s sit down with the well meaning and generally progressive councilmembers to come up with a solution to the housing crisis that everyone can live with.

17 thoughts on “Commentary: Battle Lines Being Drawn over Single-Family Zoning”