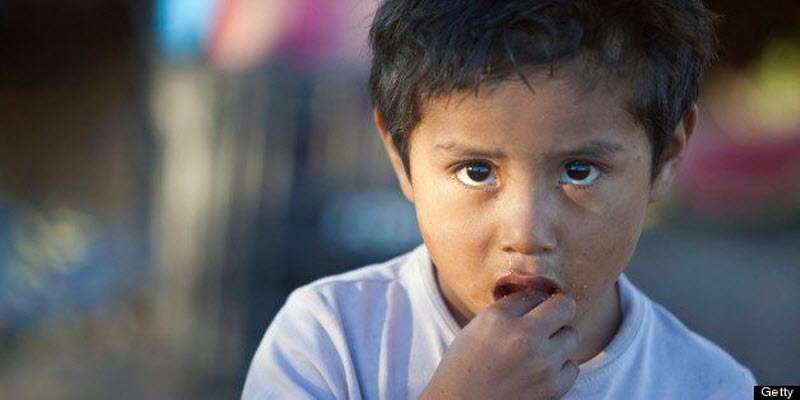 In the last year-and-a-half, the global pandemic and the ensuing economic shutdown have disproportionately affected the most vulnerable among us. As a result, food insecurity has nearly doubled in the U.S. – 23 percent of households nationwide report being food insecure in mid-2020.

In California, the implementation of Senate Bill 1383 will help to address the inequities in the state’s food system, but time is running out for cities and counties to meet the January 2022 deadline.

Here in Yolo County, where the demand for food assistance tripled in the past 16 months, we need to get behind efforts by Yolo Food Bank to develop a fully funded countywide edible food recovery program that will benefit those in need during unprecedented times.

A Yolo County institution for more than 50 years, Yolo Food Bank (YFB) has significant experience running a successful food recovery and donation program. Currently, the organization is entering a new phase of expansion with Executive Director Michael Bisch at the helm.

The scope of services YFB provides to the nearly 220,000 residents of Yolo County has grown in the last few years as a result of planned expansion and the dire socio-economic conditions

brought on by the COVID-19 pandemic. The infrastructure and capacity YFB has developed through its function as the leading food distributor in the area uniquely positions it to spearhead the local edible food recovery efforts mandated by SB 1383.

Signed into law under Gov. Jerry Brown in 2016, SB 1383 galvanizes statewide efforts to reduce emissions of short-lived climate pollutants (SLCP). According to The California Department of Resources Recycling and Recovery, also known as CalRecycle, landfills are the third largest source of methane in California, a pollutant 84 times more toxic than carbon dioxide.

Organic waste such as food, yard trimmings, paper, and cardboard make up half of what Californians dump in landfills; reducing this waste would be the quickest and most effective way to substantially reduce SLCP emissions.

To that end, SB 1383 has set targets for all California cities and counties to aim for in the next few years:

Time is short. The planning and implementation of localized programs across these jurisdictions is required to be in effect by January 2022 — less than six months away. The task is a daunting one, and to date only a few jurisdictions have taken any concrete steps towards developing programs to tackle the myriad requirements of SB 1383.

For example, the city of Claremont has tapped a private financial consulting firm to develop a fiscal plan which outlines the projected costs of implementation, and has made presentations to the city’s residents regarding the local impact.

Sonoma County has partnered with Zero Waste Sonoma, the regional waste management agency, to inform its constituents about the requirements of the mandate. The agency will also be tasked with overseeing some jurisdictional responsibilities, such as monitoring for enforcement and compliance of the organic waste recycling and edible food recovery programs.

In Yolo County, residents have an invaluable asset and partner in Yolo Food Bank, an organization fully prepared to take on the implementation of a countywide surplus edible food recovery program.

As a Feeding America partner organization, YFB is currently meeting the needs of 60,000Yolo County residents per month, coordinating the recovery, collection, storage, and distribution of more than 12 million pounds of food annually. This is done through a vast network of more than 200 partners, resulting in nearly 130 distributions per month by YFB, while also providing food to more than 80 local nonprofit programs, according to their website.

The pandemic created an urgent rise in food security needs in Yolo County, and YFB’s services increased dramatically during the early months of the crisis.  However, emergency relief now is giving way to a sustained need, as pre-existing needs and inequities in the local food system were exacerbated by the conditions of the pandemic. This will be made possible through a food donation network of more than 100 grocers and retailers, food distributors and processors, and farmers in Yolo County.

Michael Bisch has been our region’s most vocal advocate for the implementation of SB 1383 in Yolo County and throughout California. In October 2020, he made a presentation to the City of Davis Social Services Commission encouraging city officials to form a partnership with YFB in an effort to implement an edible food recovery program.

He emphasized that, per SB 1383 requirements, the city must “execute an outreach education campaign, adopt, and monitor food recovery ordinances, and they have to plan and fund adequate infrastructure capacity.” More recently, Bisch penned an op-ed for The Sacramento Bee highlighting that nearly 40 percent of edible food produced in the U.S. ends up in the landfill, an outrageous and mind-boggling statistic. Bisch emphasizes the potentially huge food security impacts of SB 1383, both locally and at the state level.

“The new law is the best hope in decades of building an equitable, sustainable local food system to feed the people most in need throughout the state,” writes Bisch.

Yolo Food Bank has a long-standing record of community service and commitment to social justice in Yolo County, which is recognized by state and local leaders, as well as the public at large. YFB’s recent $9.5 million expansion was made possible through substantial  support by private donors, including a lead gift of $2.5 million gift from Yocha Dehe Wintun Nation and a significant $1 million capacity investment by Sutter Health.

Private philanthropy has continued to sustain YFB’s ability to increase service levels, which were maintained and expanded through the pandemic. Now, as the community enters a period of recovery and resilience, YFB has branded their efforts as “ Nurture Yolo”.

I recently toured the YFB food recovery warehouse and operations facility in Woodland, California, where the organization is headquartered. Dr. Andy Jones joined me, as Michael Bisch provided a better understanding of the scope of the operations and future plans as the organization expands. I discovered that the rapid growth it is experiencing has required additional investments in human resources to keep pace with the increased demand for their services in the community.

The sprawling warehouse space was filled with food at double its intended 600,000 pound capacity, which served as a striking visual representation of the organization’s impact. Bisch also shared plans for additional large-scale refrigeration units, as well as a second, 8,400 square foot warehouse on the property. These additions are crucial to meet the skyrocketing demand.

As a trusted institution with a proven track record of a successful large scale food recovery program, YFB is a natural choice to head an edible food recovery program for Yolo County and its cities. Its experience and expertise will help streamline a daunting undertaking through its tested protocols and strategies for reducing food insecurity in the region.

Josue Monroy is a recent graduate of UC Davis and writer for Eager Mondays. He is currently involved in efforts to raise awareness about food insecurity in Yolo County.  He is also a former Court Watch Intern.

One thought on “Guest Commentary: Food Assistance Has Tripled in Yolo County in the Past Year – Here’s How We Can Continue to Meet These Critical Needs”