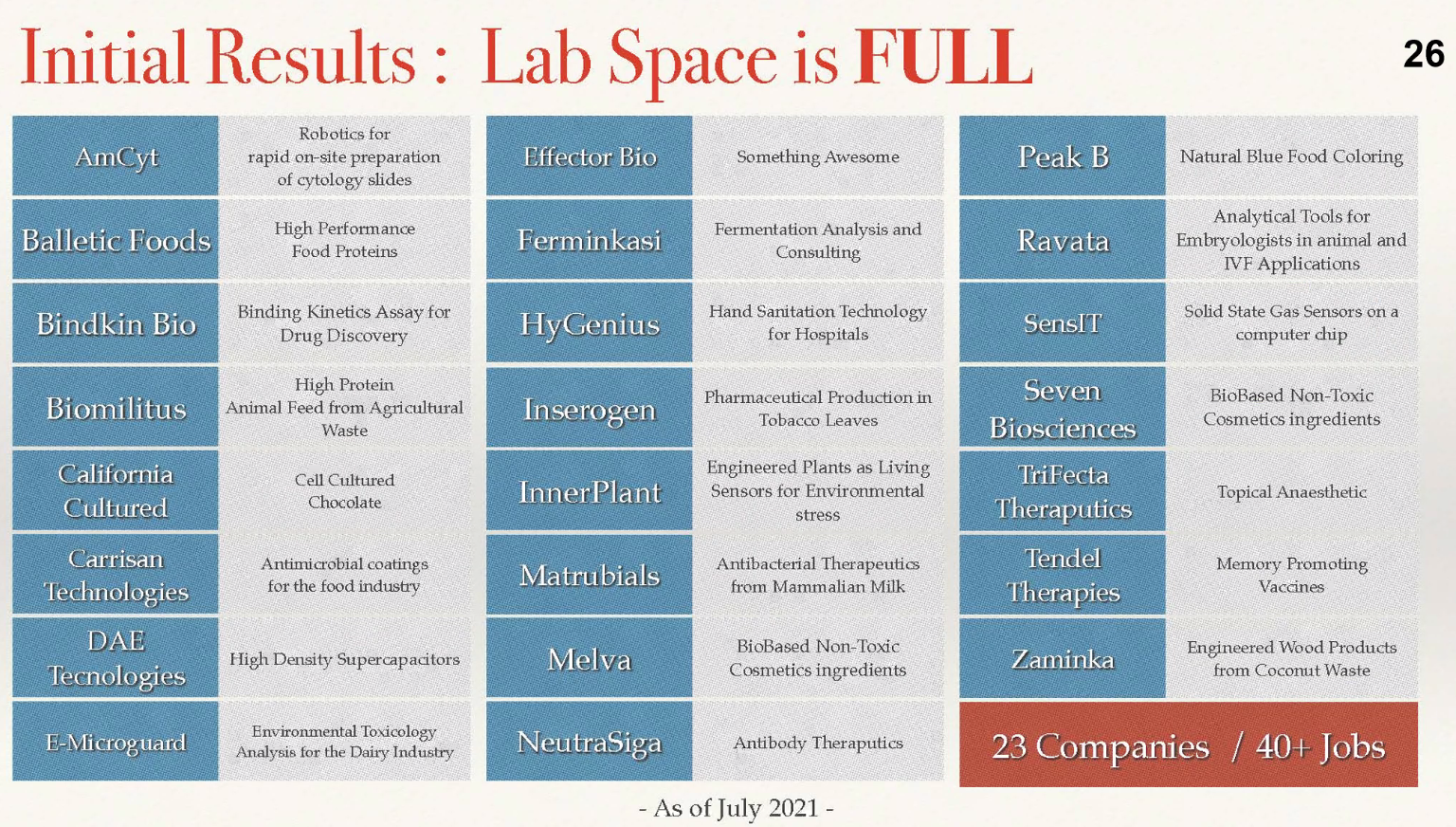 Davis, CA – Last November the city entered into a loan agreement with Inventopia with a provision of $100,000 to expand their operation in order to provide lower cost of spaces for startup businesses.  On Tuesday, Tim Keller, the director of Inventopia, gave a presentation to council about how things have progressed.

“What does the city want to see within that with a business incubator?” Tim Keller asked.  The council originally said that they wanted him to “keep three jobs in town.”  Keller added, “we’ve done way more than that.  We’re now serving about 23 companies. Almost all of these are UC Davis related.”

He continued, “Davis is one of those towns where we really don’t have to do economic development in the way that a lot of cities normally do.”  He explained, “We don’t have to bring companies here from the outside, because we generate them. We spew them out at a high rate.”

He noted, however, that some companies, a lot of them in the bio sciences, are “where the R&D primary investigator is in a different town, and they’re here because they want access to UC Davis postdoctoral talent.”

Others are based in the Bay Area but are here “because it’s less expensive.”

But he said, “that’s not exactly the demographic that we’re trying to do.  But, it’s keeping the businesses that we have here and even bringing some additional

money in from the outside, which is all great.”

Tim Keller explained that they now have a problem—but the right problem to have.

“Just a few months after opening this lab space, it’s almost completely full. And so we are going to just, right after we do this grand opening, we are going to be right back looking for more space.”

He continued, “I keep on getting more requests. I’m signing letters of intent with people who are going for SVIR funding, that engine of economic innovation that is the university and the tech transfer process is not stopping and there’s more work to be done.”

Councilmember Dan Carson noted that Keller has “sort of a unique insight into our innovation ecosystem around here.”

Carson said, “There had been all sorts of predictions by some local folks last year that we wouldn’t need this kind of commercial space for these, these kinds of enterprises.  You filled out, of course you’re the incubator.”  He asked, “Do you think the midsize companies that emerge from this and the large scale advanced manufacturing that we’d love to get in the city for some of the products these folks are inventing, is there still a need for that in this, in this city, if we’re going to be plugged into this world?”

Tim Keller responded, “Yeah. I mean, only if we, once there, you know, reap the benefits of having that kind economic activity here.”  He explained, “I guess we don’t have to hold onto the businesses that we start here, but I do think it’s in our best interest to.  It is a slow grow kind of thing. The companies that are in the incubator phase are very delicate.”

Tim Keller mentioned Interplant, saying he fought very hard to keep them in Davis but they almost left for West Sacramento.  “They make plants that are living sensors, so they will actually grow a little bit in response to environmental stress,” explained Keller.

They have well-funded principals in the Bay Area, but they also rely on plant geneticists.

“Where do you find them?” Keller asked.  “You find them in Davis.  So all of their lab stuff is here and they ended up going in the the Buzz-Oates building that Arcardia Biosciences is in—but that took them six months.

“I worked very hard to try to make a space for them,” he said.  “They have most of our Fifth Street location right now so that they can bridge the gap and stay in Davis.”

Keller said overall, “It’s not the case that we need to put in a billion square feet of heavy industrial tomorrow. But we do need a plan for how do we retain these companies. Just in the way that, I know some of you probably have been involved in trying to retain companies like Schilling in town, right?  It’s hard sometimes when companies are growing and they’re outgrowing your town.  It’s hard to retain them.

“So we do need a robust plan for how do we keep the companies that are born here living here.”

Dan Carson said, “People will post on the internet all sorts of things, but they will post for-rent signs for office spaces and things like that and then argue that this proves we don’t need an innovation center—what is your assessment of the true market potential for us, for innovation space, including wet labs and those sorts of facilities?”

Tim Keller explained there are two sides of this innovation space issue.  One is commercial, large company economic development.

He said, “Those kind of entities that are coming here from the outside because they want to hire Davis researchers.  There are some good opportunities for them, and there are some vacancies in town that people like that can take advantage of.”

He said, “We do need more, we need to make sure that there’s a constant supply of that.  But that is for, that’s for companies that are already established and they have a lot of good credit.”

He said that’s not bad and that we need and want that to happen.

“But on the end that I deal with, which is the startup companies, the ones that if they don’t start here and start doing their initial phases here, then they will leave. And when they do leave, they don’t come back.”

He said, “I’ve seen the post that you’re talking about with all the for lease signs… a quarter of those signs were for retail space, which costs too much and the city doesn’t want to put lab space in a retail location because we want the sales tax revenues from actual retail spaces.”

He also said there’s a bunch of professional office buildings that are marketing to lawyers and accountants, and those kinds of landlords, he said, do not want lab type uses because they requires ventilation and holes and upgrading the electrical power and the like.

He explained, “We’re kind of a high needs constituency because we have a lot of equipment and most landlords and most of those kind of mid-scale and commercial spaces, even though they are professional space and office space, maybe even called medical space, they don’t work as lab and they don’t work as engineering space.”

What they need is R&D flex space.

And while there are some in Buzz-Oates and Interland (now University Research Park), “there is very little supply of them actually.”

He said, “If we want to continue the growth of the innovation economy here in town, we are going to need more small incubator space.

“We’re full now, I don’t know where we’re going next,” he said.  “So yeah, there’s not enough space for this kind of stuff.”

He added, “We need to have a pipeline for that, for sure.”

36 thoughts on “Inventopia Has Already Filled Out Its Space, Tim Keller Reports in a Council Check-In”