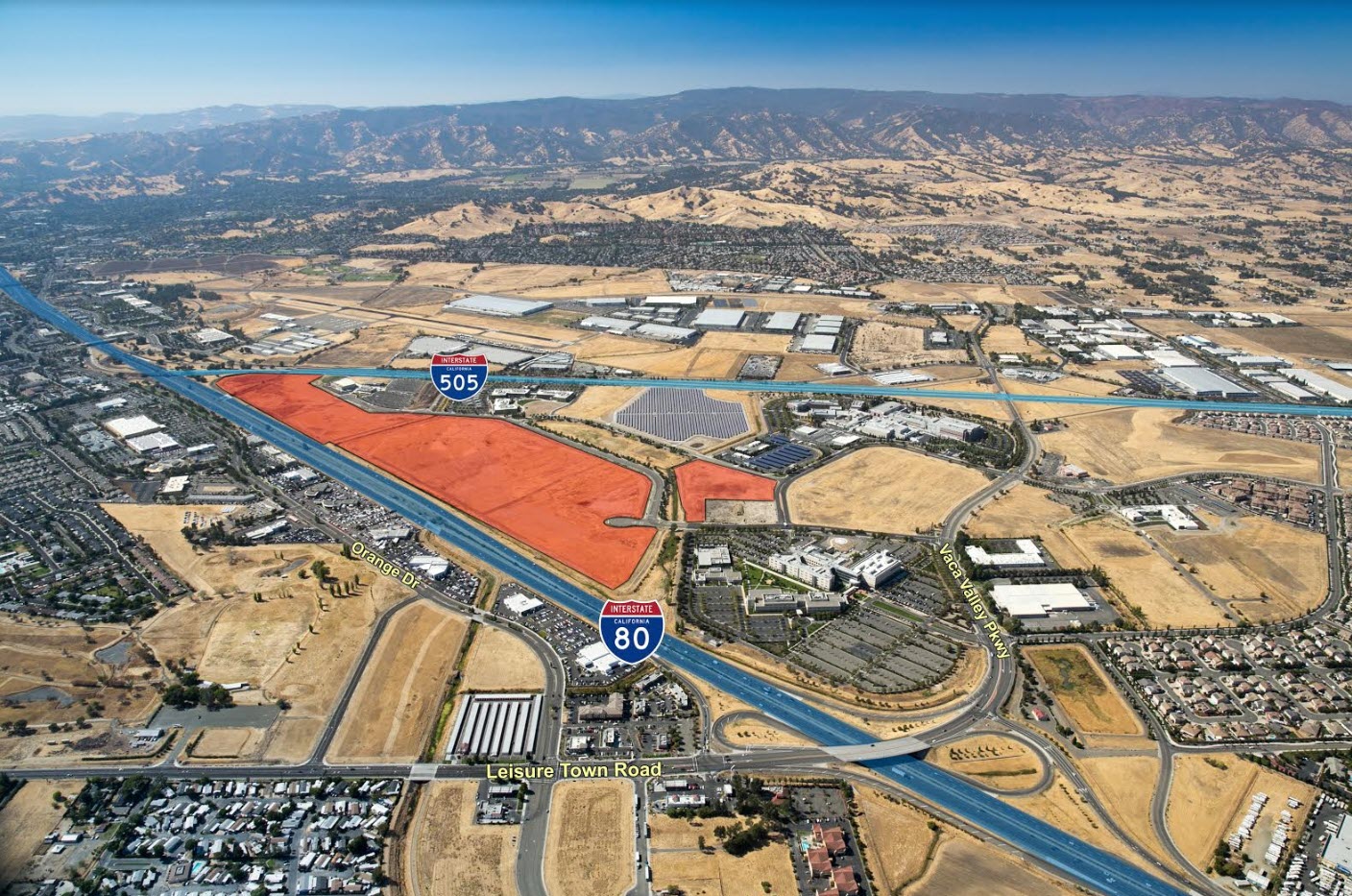 Vacaville, CA – In October the Vanguard reported that Vacaville was adding a 300-acre, world class bio manufacturing center that could produce 10,000 jobs.  Now the Vanguard has learned that they have landed a major company on 120 acres, the largest component of that site, to Agenus, Inc., a publicly traded biotech company.

Russ Moroz, whose company Marcus & Millichap brokered the deal, believes this will have “absolutely massive implications for the area and the region at large.”

Not only will it be a major step toward changing the entire profile for Vacaville, but Moroz believes “it shows that markets like Davis, Vacaville, Sacramento, and others outside of the Bay Area can in fact attract major biotech companies, which have traditionally only been interested in expanding in South San Francisco, Boston, and other more established regions with heavy biotech presence.”

He also said that he believes, “It shows that if Davis adopts a more flexible and targeted strategy it can also be successful.”

The problem for a long time is that cities like Vacaville have been trying to figure out how they can attract major biotech and life science companies.  Vacaville feels they are well suited to this task—close enough to the Bay Area and close to Sacramento as well as UC Davis—but with land and home prices far lower than what it costs in the Bay Area.

Getting involved was developer Alex Spanos.

“Spanos decided to really try to help the city explore this biotech dream that they’ve had,” Moroz said.  “They’ve asked us to reach out to some biotech companies.  We’ve been trying to get some

They finally got the attention of Agenus, which is currently selling a campus in Berkeley and looking for alternative locations.

When Agenus reached out to Vacaville, “The city made it very clear that they are very supportive of biotech and that they will do whatever they possibly can to help the companies that are looking to expand their foothold in Vacaville.”

Moroz said since Agenus pulled the trigger they have had interest from other biotech users for the site, and some smaller companies could be following their lead into Vacaville.

Moroz explained that he thinks the market is strong in the valley for this type of company to come here.

But he said that “the difficult aspect has always been in getting these types of biotech users and and life science users to expand beyond their target areas.”

He explained that that is really Boston, South San Francisco, and Seattle.

“It’s been really difficult to get them to pay attention outside of those markets,” he said.  But that is changing.

“What we’re finding is that more and more of those companies are exploring alternative locations that have the trained workforce that they need, which I think Davis is pretty well positioned for because, obviously being a major research university with a significant presence in life science, I think that would be a very good source of potential employees,” he added.

However, he added, “I think the city of Davis needs to be very accommodating for these users and make sure that they know that they’re welcome there.”

Some of that will require Davis to be able to fast track these projects because companies looking to move are not going to want to sit around and wait.

Moroz also noted that one of the hang-ups for biotech companies is “nobody wants to be the first.  Everyone’s a little hesitant to be the first major company to pull the trigger on something like that.”

But once one jumps in, it will start to build momentum.

What attracted them to Vacaville was largely the relative proximity still to the Bay Area, coupled with affordability of housing as well as the city’s willingness to work for them.

“The reality is getting commitments from companies like this is a lot hard work,” Moroz explained.  “It’s not very easy.”

And at the same time, a lot of factors go into it.

“One of those is the willingness of the city and the desire of the city to actually see this, I see this through because frankly, no company wants to be pushing a cart up a hill,” he said.  “If they see the city is just putting spokes in their wheels, a lot of them will simply abandon the plans and go elsewhere.  Nobody wants to pick a fight.”