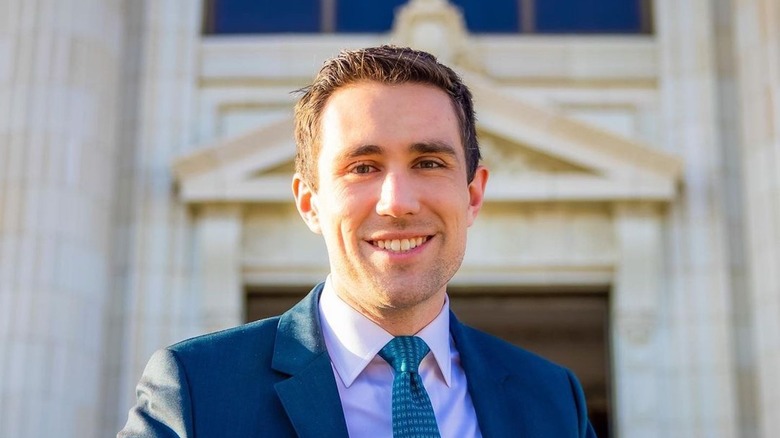 SACRAMENTO, CA – YouTuber Kevin “Meet Kevin” Paffrath was in Sacramento County court versus Secretary of State Shirley N. Weber to attempt to argue for his alias – “Meet Kevin” – to be listed on the recall ballot for California governor 2021.

Since the petitioner listed in this court case is, “Meet Kevin Paffrath for California Governor 2021,” arguments over whether or not the petitioner is an elector or a committee arose and whether the petition is available for writ of mandate.

The case opened with Paffrath’s attorney, Matthew Hoesly, arguing the petitioner is the party of interest, and therefore the petition should be able to proceed. To suit the court, he suggested making an amendment to the

petition to allow it to proceed and fit with the time constraints of the election.

This amendment would also allow Paffrath to attend and represent himself in court.

Whether or not the court has jurisdiction to attend to this matter, it did agree to hear oral arguments on the matter and will rule the same with or without jurisdiction. Although the court added that its current stance on the petition is that “Meet Kevin” is considered a registered trademark per the petitioner’s own words and violates ballot regulations.

He said Paffrath included “Meet Kevin” as a name on the ballot and not as a ballot designation.

Hoesly also argued there’s a difference between a brand and a nickname, but everyone can have a brand. He used Larry King and Donald Trump as an example of this.

Since “Meet Kevin” has become synonymous with Kevin Paffrath, although it is trademarked and is used in Paffrath’s real estate, it has also become Paffrath’s nickname.

“In this media-saturated culture, it’s impossible to get your message out if people don’t recognize you by your nickname or given name, and there are myriad examples of that out there,” Hoesly said.

Again, the possibility of the court making an amendment so Paffrath can attend the court session and represent himself was also brought up by Hoesly to the court. Shirley N. Weber’s attorney, Lara Haddad, objected to the amendment.

As a whole, the court believed the situation was highly unusual, but because of voter and candidate rights, they agreed to have Paffrath substitute the committee as petitioner. This comes with the drawback that no new arguments will be able to be made in court and Hoesly would no longer be able to be heard by the court since he no longer represents any party, to which he agreed.

At this point, Paffrath entered the court and agreed not to make any new arguments.

To open, Paffrath began to argue the court’s decision to deny his petition on the basis that trademarks are not allowed as a ballot designation. He argued that while this is true, there is a difference between the ballot designation and the ballot name, and the Secretary of State does not have any jurisdiction as to whether a brand or trademark can be included in a ballot name or not.

As Paffrath moved on to share his screen with the court and to his next argument, he was asked to slow “way down” for the court reporter to take down what he is saying.

Cleared up, he continued to argue the Secretary of State’s argument that a brand is not allowed on a ballot, even though he alleged brands have been on ballots before since a “brand” consists of products, services, or personal identities or nicknames and the law allows nicknames to be on a ballot.

“If society hears ‘Meet Kevin’ and believes that they hear a person or they see the image of a person just like when somebody says, “What do you think of Larry King,” or “What do you think of Magic Johnson,” if society, and Your Honor, if you’re compelled to see that when someone hears “Kevin” they picture me, then we must understand that this type of brand is actually a legal course of allowing a name to be on a ballot. This is normal and it’s been done before.”

Paffrath also brings up the point that stage names and brands have been allowed on ballots before by the Secretary of State, like in a 2003 recall ballot where a sumo stage name was allowed on the ballot.

To further support “Meet Kevin” being part of his identity, Paffrath brought to the court’s attention surveys that were completed on YouTube.

A separate poll was completed on Twitter with 7,714 votes that had the vast majority of respondents saying they would acknowledge him as “Meet Kevin” if they saw him walking down the street.

“Meet Kevin is me. It is not something else, it is me,” he said.

A poll was even conducted asking people that if they were to vote for him how would they say they voted for him…66 percent said, “I voted for Meet Kevin.”

To continue from this argument, Paffrath believes that the Secretary of State did not have the ability to exercise section 2716, the regulations mentioned throughout the court case, against his case as they are completely different from each other.

“Your Honor, the case is extremely clear here. The public knows me as Meet Kevin. News media organizations know me as Meet Kevin. The Secretary of State is trying to mislead you by keeping me off the ballot and that is going to hurt voters.”

In response, Haddad said that the Secretary of State isn’t trying to keep his name off the ballot. His name is still going to be on the ballot, but since they don’t consider “Meet Kevin” to be an applicable nickname, it will be taken off the ballot.

Historically, ballot names have included nicknames before, but the reason that 2716 is more specific is to avoid previous instances of conflict and should not just be able to be circumvented.

Haddad adds that these decisions are looked at on a case-by-case basis and that these regulations are in place to make it fair between all candidates on a ballot and so that none of the candidates have an edge over the other.

In response, Paffrath said that whether or not his nickname opens the flood gates for other nicknames to appear on ballots is not his problem, but instead if the public is purposefully being deceived by not including his nickname on the ballot. He even says that it is easier for people to recognize him by his nickname since he thinks his last name is too hard to pronounce.

“There is no question at all that my nickname is “Meet Kevin.” That stands above all. And we’re looking for that equal opportunity,” he said.

He alleged that just because his name is trademark doesn’t mean he should be excluded from the ballot, and he used Donald Trump as an example since “Trump” is trademarked.

However, Haddad brought up the point that whether or not a name is trademarked is not the problem. Instead, the Secretary of State did not consider “Meet Kevin” as a nickname but instead a brand.

“The standard before the court is not whether a brand name is deceptive. The issue is whether it commercializes the process and whether in fact, it is a nickname,” Haddad said.

The final rebuttal came briefly from Paffrath, once again asserting that people and media acknowledge him as “Meet Kevin” and therefore makes it a nickname.

“And Your Honor, if you rule in favor of the Secretary of State, you rule against a society of influencers and new up and coming potential people who can serve their country and serve America. I am simply seeking that my nickname be on the ballot so that I can have a fair chance at this election,” he said.

After this, the judge ruled that “Meet Kevin” is not a nickname but instead it’s a brand as it is known on social media. By extension, the court denied the petition for a written mandate.

Before closing, Paffrath questioned the court as to whether or not he should just change his name to “Meet Kevin” in the future since that’s what people know him as, but the court responded by saying they cannot give an advisory opinion.

The judge did say that Paffrath did an excellent job representing himself for being a non-attorney, however.