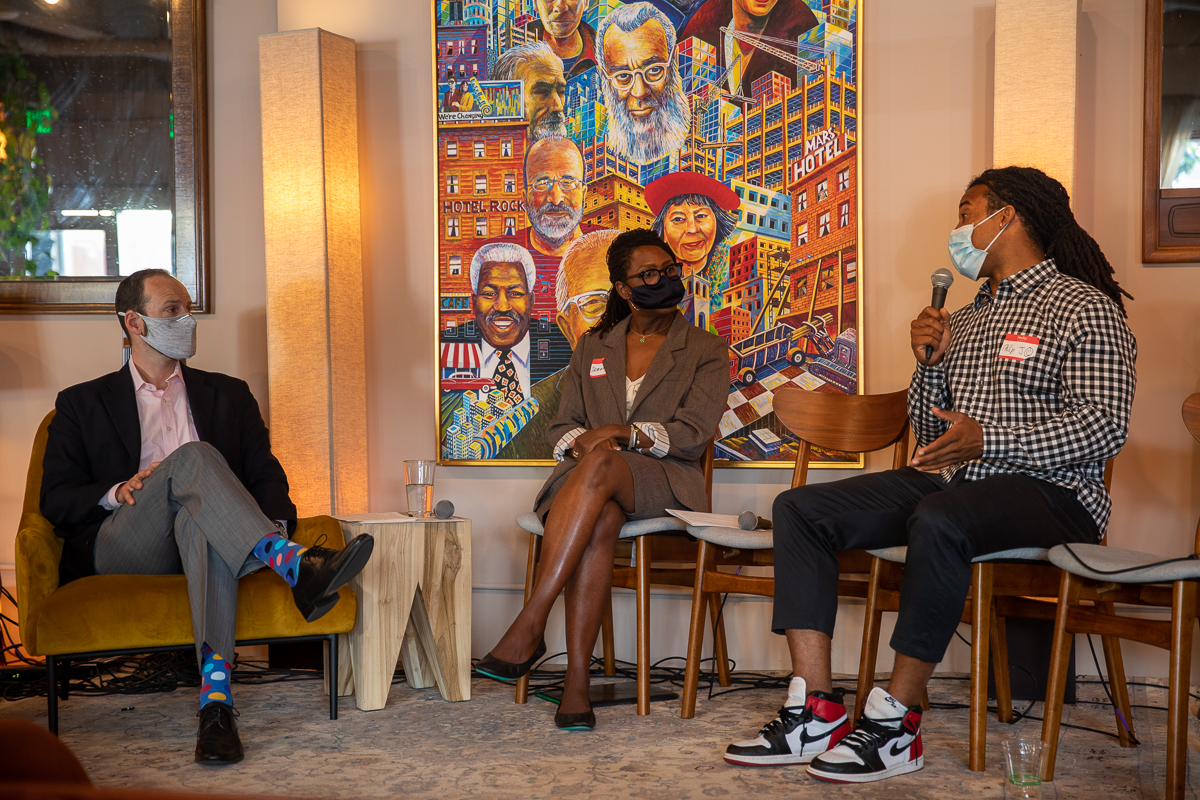 SAN FRANCISCO, CA – The San Francisco District Attorney’s Office held a Facebook live discussion with DA and moderator Chesa Boudin and discussed an urgency to confront the behavioral health needs of prioritizing health treatment, and securing housing for the homeless and inmate population in California, including the greater San Francisco area.

The discussion opened with keynote speaker Sen. Sydney Kamlager (D-Los Angeles) whose work as an assembly member in the California State Senate has helped direct the correlation between behavioral health care, poverty, and substance abuse.

As a policy maker, Kamlager has fought against the use of penal codes for quick fixes and behavioral health subjects.

She noted society has lower expectations for people who have been entangled with the law even for minor offenses.

Subsequently, minority groups have been disparaged socially and redlined out of affordable housing for generations. The results have insanely increased the homeless population across California.

A panelist who shared the same sentiment as Sen. Kamlager on the devaluing of minority populations in America is Dr. Marilyn Jones. Dr. Jones’ work centers around Black women’s experiences in the criminal legal system.

As the executive director of Black is Still Beautiful, Dr. Jones spoke out on her discontent with the criminal system and redlining in San Francisco. The criminal system “tend[s] to have a problem by the way we ask for help or feeling as if we have to show up even if we’re stopped by law enforcement as another type of person,” said Dr. Jones.

Additionally, Dr. Jones openly disagreed with the statement that San Francisco was progressing. She held that African Americans and other minorities are still regressing today despite reforms and policies that make San Francisco a “progressive” city. She also held that San Francisco has always been a segregated city due to redlining.

There is still a lot more work to do in San Francisco to make it progressive for everyone, said Dr. Jones, who asked policy makers and enforcers to reference the previous crack epidemic, and how America chose to deal with the Black community then. Before moving forward, “I believe the system has some amends to make before you go on to an entirely new epidemic,” she comments.

Following Sen. Kamlager’s insight, SFDA Boudin shared with the audience an email from a mother who had dealt with the many disparities touched upon in the greater discussion. Boudin strongly felt that people who are mentally ill should face no legal responsibility if at the time of their crime they had no intent or were unconscious.

According to Boudin, for someone to be convicted of a punishable crime, “you need the intent and the act together.”

Boudin followed up with a series of questions for the panelists to consider. He directed his first question to one of the panelists, Tanya Mera, who has been the director of Jail Behavioral Health and Human Services at the Jail Health Services team for 15 years.

His question played along the lines of, “how do you have compassion for people who are in places like jails, that, ‘by definition are not designed to be humane or compassionate.’”

Mera argued that the more time spent with patients, one gets to see how different laws affect the patients daily, and that alone is enough to build compassion.

Mera’s work corresponds to early, urgent, and emergent assessment of behavioral needs, and the company’s goal is to provide long term care for patients.

The company’s housing units in San Bruno and Downtown San Francisco have housed nearly 45 percent of the homeless population at a given time; all people with varying behavioral health needs.

Many of the panelists also offered their insights on how they have participated as resources to the community. One such panelist was Angelica Almeida, director of Brunswick and Justice involved Behavioral Health Services in the San Francisco Department of Public Health.

Almeida shared with the audience about the SF Mental Health legislation, which was recently approved to service people with behavioral health issues, substance abuse issues, and people who are homeless. The legislation has helped augment the number of housing units for homeless individuals.

Panelist Nina Catalano, who works as a Senior Planner at the Tipping Point, highlighted the Hummingbird Valencia’s unique features to provide permanent stay. The housing unit also allows people to keep their loved ones like dogs, and still receive care. The unit provides behavioral health services and peer support.

The purpose of services like the Hummingbird Valencia is to avoid “treating drug use like a criminal issue rather than a health issue,” said panelist Lindsay LaSalle, noting classifying drug use as a health issue promotes insight on the ties between “war on drugs,” behavioral health, and the criminal legal system.

Panelist Kristen Marshall, a project manager at National Harm Reduction Coalition, highly presumes that in order to see effective changes, the best way would be to approach those most vulnerable and impacted by the “war on drugs.”

Marshall maintains that in most cases, the root of drugs is trauma, and that these traumas have to constantly be re-lived when “we’re asked to share our trauma as justification for why we should be there and why we should be heard.” She reveals that these “systems of oppression demand that the most oppressed bear open their wounds so that they’re believed,” which only worsen the issue in the first place.

Raïssa Ngoma is a fourth year at UC Berkeley pursuing Legal Studies with minors in African American Studies and Korean. She is originally from the Democratic Republic of the Congo, but moved to the States in 2011.