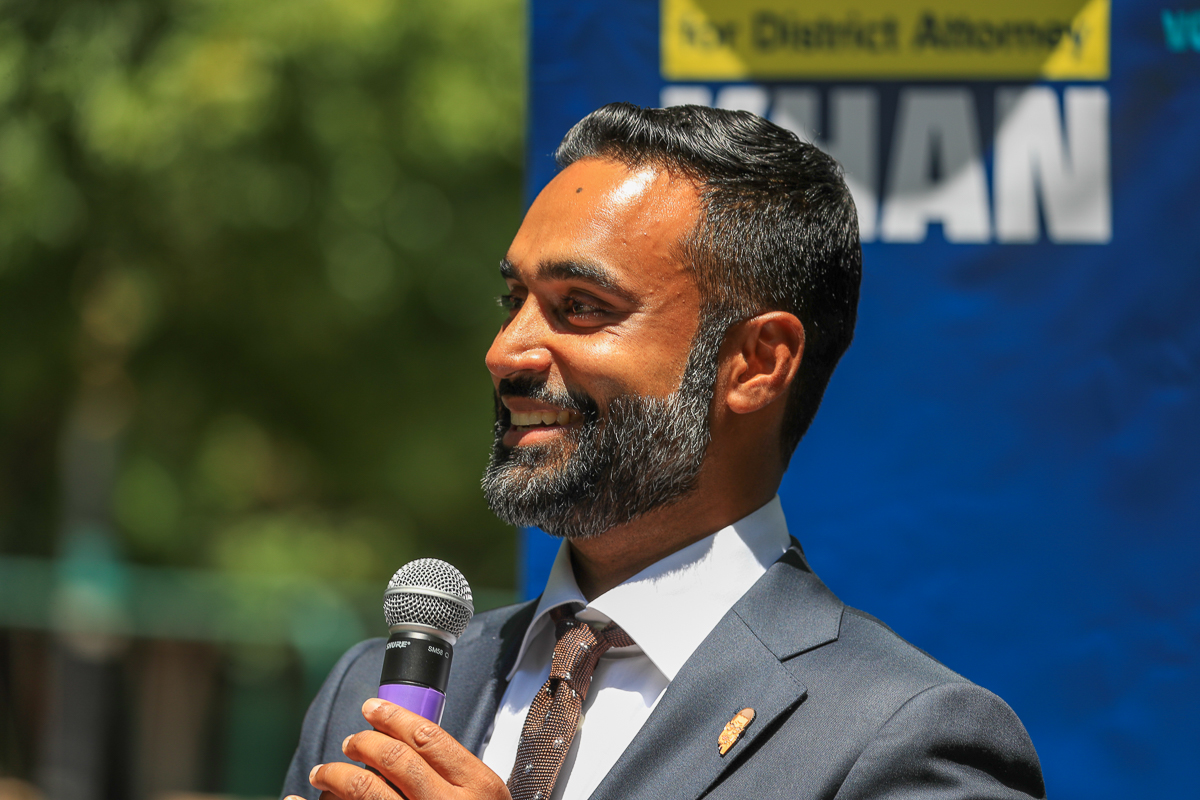 Since taking office in 2011, Santa Clara County (San Jose), California District Attorney Jeff Rosen has embraced decarceration efforts faster than most of his peers. On top of emphasizing diversion programs for people accused of committing petty crimes, he publicly supported Proposition 47, which downgraded some drug and theft charges from felonies to misdemeanors and allowed some prisoners to petition for new sentences.

Rosen also sponsored the new prosecutor-driven “second look” law, which allows the state’s DAs to petition courts to reduce sentences for prisoners who were sentenced too harshly.

But advocates, especially attorneys on the other side in the courtroom, think he can do better.

Michael Ogul, a deputy public defender in the county who retired in 2020, wrote a scathing article about Rosen’s decision to seek the death penalty against one of his clients in 2019. Ogul charged that his client was innocent—the jury returned a Not Guilty verdict—and expressed concern that the Santa Clara DA office had sought the death penalty only against men of color since 2000. (In 2020, Rosen announced that he would no longer seek the death penalty.)

The rift came to a head in June 2020 when Sajid Khan, a prominent local public defender, wrote a blog post suggesting that activists protesting police brutality should also protest local DA offices. DA Rosen responded by referring Khan to county investigators for allegedly unethical behavior—a move that could have cost Khan his job.

Now, Khan has announced that he will run against Rosen, in what is surely shaping up to be one of most-watched prosecutor elections in 2022. With nearly 2 million residents, Santa Clara County is the 18th most populous county in the US. If victorious, Khan, the son of Muslim immigrants from India, would be the first person of color to become the county’s DA.

There are many questions as to what Santa Clara County residents will prioritize when called to choose the next DA, and both candidates will feel equipped to make a compelling case.

DA Jeff Rosen can say that violent and property crime rates have remained relatively low during his time in office, while he has simultaneously managed to pursue some significant reforms. When it comes to violent crime, Santa Clara County is safer by the numbers than San Diego, San Francisco and Los Angeles counties—though crime rates can be influenced by many factors other than the DA.

Meanwhile, Sajid Khan already has a comprehensive blueprint of what he believes Rosen—and all so-called progressive prosecutors—must improve on. In an article published this year in the Stanford Journal of Civil Rights and Civil Liberties, Khan points to issues like the need to stop prosecuting children as adults, which DA Rosen once did more often than any other DA in the Bay Area; and the need to end the use of pseudoscience in court, which is still surprisingly common across jurisdictions. On Khan’s campaign website, he promises to end the county’s mass incarceration and “War on Drugs,” which he recognizes as racist.

In an interview with Filter, Khan discussed prosecutorial misconduct, which has remained an entrenched issue in the office. The current chief assistant DA was bench-slapped by the California Court of Appeals in 2013, as was at least one other line prosecutor who nonetheless just retired with Jeff Rosen’s formal commendation. Reformers also expressed frustration last year when DA Rosen hired Linda Allen, the former San Francisco prosecutor who obtained the wrongful conviction of Jamal Trulove as a new prosecutor in his office.

Khan attributed these issues to the office’s culture, which he believes prioritizes felony convictions and maximum sentences at all costs. He pointed to training materials available at the Santa Clara County government’s website, which advise DA Rosen’s line prosecutors on how to toe the line of misconduct without legally jeopardizing cases.

Asked how he would address prosecutorial misconduct if elected, Khan gave a surprising answer. He said that firing scores of prosecutors, as some progressive electeds have done, is “not who I am.”

Instead, Khan said, “Everyone is better than their worst moments. That includes people accused of crimes, but also line prosecutors who perpetuated mass incarceration. They got into this work to do justice and cultivate safety, but they have been misguided. I will give those same people the opportunity to join our vision of a thriving, just and safe Santa Clara County community.”

If he is successful in running against DA Rosen, Khan said he has other similarly nuanced policies for curbing incarceration. For example, in California, there are a whole slew of crimes that are called “wobblers”: They can be charged as a misdemeanor or felony based on the judge or prosecutor’s discretion. There is no formal process for, and much racial bias in, how these officials make that call—and while felony wobblers can get treated like misdemeanors for criminal record purposes, even lawyers are frequently confused as to how that works.

Khan said in the interview that he would default to no longer prosecuting “wobblers” as felonies, absent certain aggravating factors.

Filter also reached out to incumbent DA Rosen to ask about his recent record on criminal justice reforms.

A spokesperson responded, stating: “In June of 2019, the District Attorney announced a new policy of ending drug prosecutions for recreational drug users. Instead of charging people for recreational drug crimes, such as simple possession or being under the influence, the District Attorney refers these cases directly to public health providers in order to access treatment. Since implementing this policy, close to 12,000 individuals have benefited from this policy.”

That is undoubtedly a positive move. Yet Khan plans to appeal to voters by arguing that he can go further. While the outcome remains to be seen, the spectacle of DA candidates in such a major county trying to out-reform each other bodes well for the bigger picture.

Rory Fleming is a writer and licensed attorney.  Article originally appeared in Filermag.