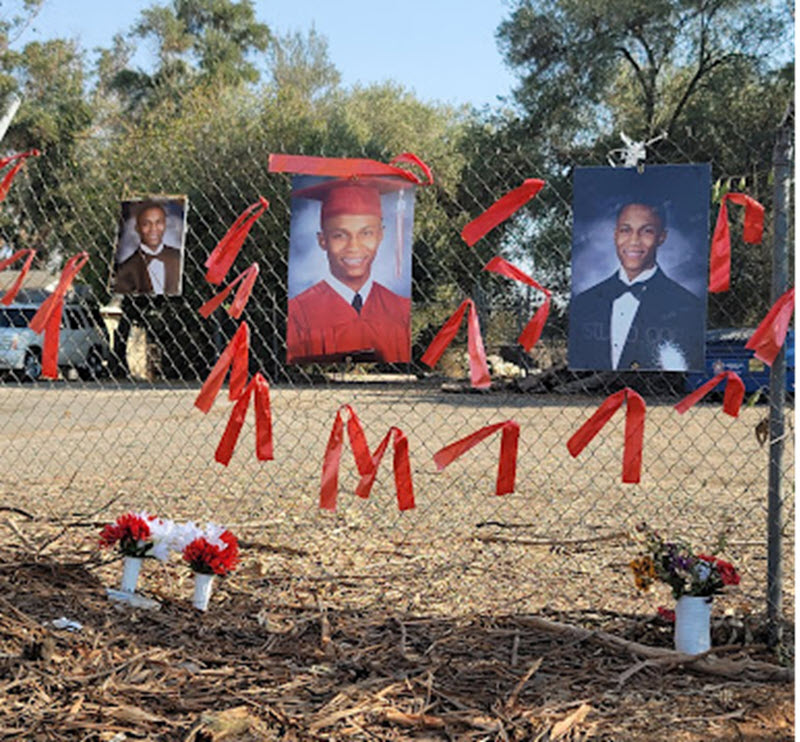 On August 29, 2021, a vehicle crashed on Bradshaw Road while being pursued by Sacramento law enforcement but the vehicle occupants weren’t given medical attention for over two and a half hours according to police communication reports.

Amelian Tremond Houff crashed at 4:53 am and died while calling for help for hours in his vehicle as Sacramento Police Department (SPD) officers gave him and the other passenger conflicting commands to exit the clearly mangled vehicle.

Medical aid was not rendered until 7:26am according to Sacramento County Sheriff’s (SOS) records. Police say they did not approach the vehicle because they suspected weapons in the car.

According to police records, Houff told police there were two others in the car and both were injured at 5:38 am. However, only two occupants were found.

Police records state that drone footage shows a passenger exiting the vehicle at 6:30 am and was given continuous commands to keep his hands up.

One passenger got out of the car and collapsed in a nearby yard who was later taken into custody but transported to the hospital according to witnesses.

Houff was left trapped while screaming for help and being given commands to exit the vehicle with his hands up as late as 6:38 am.

Olivia Edwards, Houff’s mother, was contacted by a friend’s mother.

“I was told he and his passenger were in a coma at UC Davis hospital,” Edwards said. 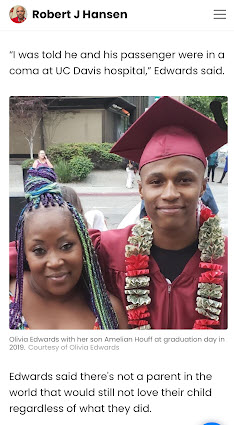 Edwards said there’s not a parent in the world that would still not love their child regardless of what they did.

“I’m not mad at him whatsoever. There’s no reason to be mad at my son because he made a mistake,” Edwards said.

Edwards’ visit to the crash site can be found here.

No witness statements were taken by law enforcement.

“They took too long,” one witness said.

The passenger got out of the car and collapsed in the backyard of the house according to the owner of the home Houff crashed in front of.

Police gave the driver, Houff, commands to get out of the car with guns drawn and only approached the vehicle hours later after he had passed away, according to the owner.

Edwards was not contacted by any official about what happened to her son until after 10:30 pm that night.

“I went looking for him at UC Davis,” Edwards said.

Edwards has not been allowed to see her son’s body by the coroner’s office and has only been allowed to recover his clothes while law enforcement has kept his cell phone and other property.

“There was a lot of negligence here,” Edwards said. “There was no consideration for him as a human being. They played judge, jury and executioner when they failed in their oath to protect human life.”

Houff’s funeral is scheduled for October 2, three days before his mother’s fortieth birthday.